When I first saw the Renault Kiger — in the metal as it were — at its launch in February last year, it was the best Renault car I had laid eyes on; beating the Captur and Duster’s design. For 2022, Renault has already updated the Kiger to keep up with the competition, which tells you just how fierce the competition in the compact-SUV segment is. Oh yes, the updated 2022 Kiger is still a handsome-looking car! And its desirability is a fact that even the customers have acknowledged. Renault recently rolled out the 50,000th Kiger from its Chennai plant; the brand celebrated that feat by adding a new Stealth Black colour to the Kiger’s range. We’re sure the Kiger’s making progress in the Indian market with its stealth mode switched on. 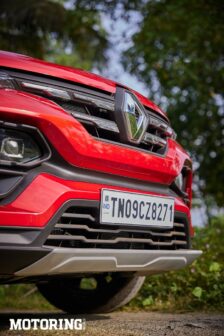 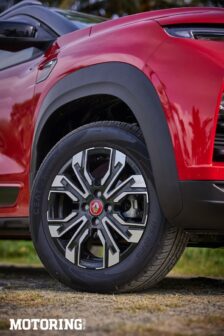 Another part of the celebration of the sales milestone was that Renault invited us to Kochi to drive the 2022 Renault Kiger. It’s safe to assume ‘God’s Own Country’ warmly welcomed us as the skies were mostly clear during our stay. It played into our hands as the updated Renault had quite a few subtle changes. But what exactly did Renault add to make Kiger’s recipe more exciting? Well, the additions come in the form of hints of silver accents and some red spice. Plus, a few more ingredients to take it to the next level.

Right off the bat, you’ll find a silver colour skid plate up front, and a chrome strip on the tailgate. The ‘Turbo’ door decal on the side cladding is another addition, as are the red wheel caps on the 16-inch alloy wheels. Inside, you have more red elements, like the red stitching on the seats, and a red fade on the dashboard. This red theme perfectly matched the ‘Radiant Red’ exterior colour of the Kiger we were driving. Apart from that, the top-spec variant now features a wireless phone charger. Previously, one had to pay extra for the wireless charger, as it was an optional extra. Now, you even have cruise control as well, although the narrow roads didn’t allow us to put the cruise control feature to much effect. Anyhow, it can be a handy feature on city highways. 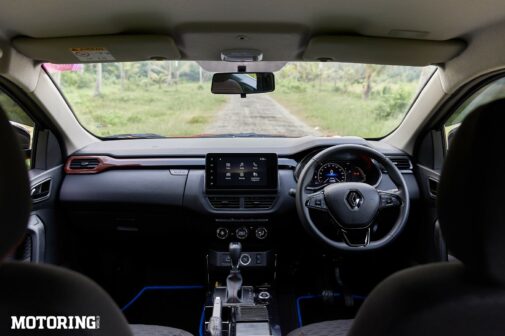 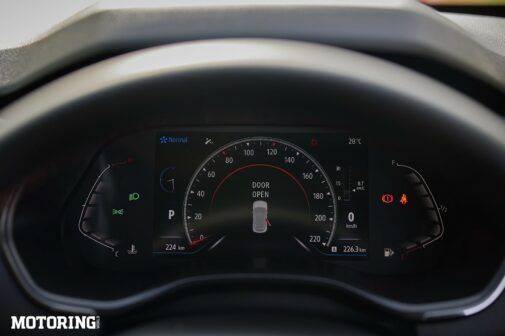 The engine options on the 2022 Kiger remain unchanged. We drove the version that gets the 99-bhp 1.0-litre turbo petrol engine paired to a CVT. Since it was my first time behind the wheel of this spec, I can happily report that this engine and gearbox combination is the one to opt for. It has decent pickup off the line and is a handful around the bends, too. The three driving modes — Eco, Normal and Sport — also come in handy if you commute in the city. These modes will change the throttle input, and you’ll instantly feel the difference in the power delivery. Renault could have improved the three-pot engine’s refinement level, and that seems like a missed opportunity. Nevertheless, the Kiger was one fine machine as we drove around the roads of Kerala, exploring its scenic locations. Next time, I shall ask Rivan, nicely, for the Kiger’s keys whenever it comes back to our long-term fleet. 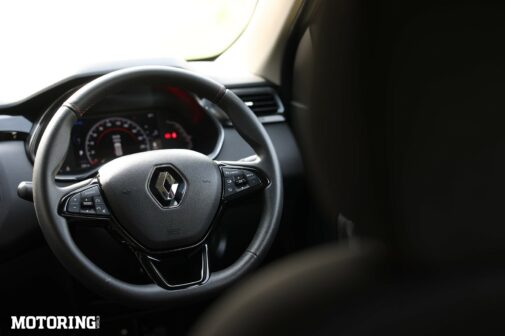 Since we were sharing the car with a few other publications, I did get to spend a lot of time in the Kiger’s backseat. Also, thanks to my journalist friend’s enthusiastic driving, I can safely say that the Kiger drove over crater-filled roads without any hassle. The suspension did a brilliant job of soaking up all the bumps. 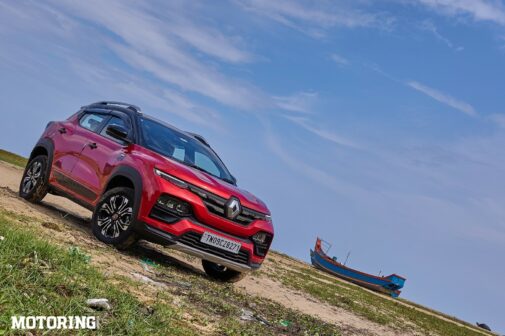 For Rs 10.62 lakh (ex-showroom), the updated 2022 Kiger has a lengthy features list, and all the right things working for it. Sure, it misses out on a feature or two, but it’s the Kiger’s good looks that seal the deal for me.