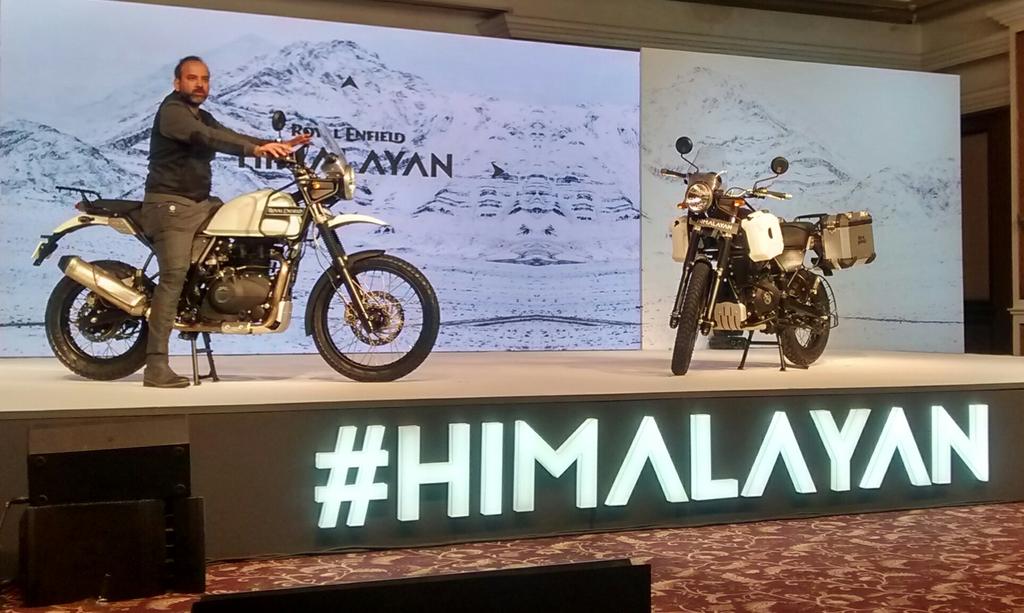 Royal Enfield has launched its latest model, the Himalayan, at Rs 1,55,545 lakh, ex-Maharashtra, making it great value for money. The manufacturer claims that this isn’t an introductory price, “but over time products get expensive”. The price on-road Mumbai works out to Rs 1.79 lakh. Bookings will be accepted tomorrow onwards, and deliveries will begin before April. However, the deliveries will be staggered, so brace yourself for long waiting periods. The company also claims that it will take a few months to ramp up to the desired production level, so waiting periods should reduce in a few months. You can have your Himalayan in only variant and two colour options, ‘Granite’ or ‘Snow’.

The Himalayan is an adventure-touring motorcycle that displaces 410cc from a single air-cooled cylinder and feeds the rear wheel via a five-speed gearbox and chain drive. Spoked rims and on/off road tyres with long-travel suspension and Royal Enfield’s first ever rear monoshock offer the ability to go pretty much anywhere that you want to. It is one of the few vehicles to foray into the off-road space in the Indian market. We’ve had notables such as the BMW F650 ‘Funduro’ and the Hero MotoCorp Impulse enter the market and exit it. We dearly hope that the Himalayan becomes a success, if only to open the doors to more such motorcycles. For a country whose road network is only half paved, the more the adventure motorcycles on sale, the merrier.