The Matter electric bike has a stylish street bike look with all-around LED lighting, split seats, clip-on handlebars, and a split rear grab rail. A 5-litre glovebox with a USB charging port is housed in the tank area.

The bike has a 7-inch touchscreen instrument console with features like turn-by-turn navigation, notification alerts, and music playback. It also allows for over-the-air (OTA) updates. The bike is powered by a 10.5-kW liquid-cooled electric motor with a torque output of 53.02 kgm. It is linked to a four-speed transmission and comes with dual-channel ABS. A 5-kWh liquid-cooled battery powers the electric bike and is said to have a range of 125-150 km on a single charge. 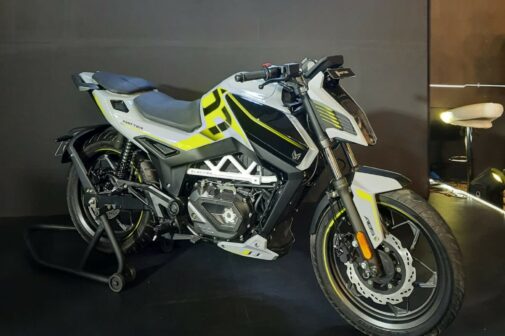 The e-bike will allow both conventional and rapid charging via a standard socket and will come standard with a 1-kW onboard charger. Charging can also be accomplished with a standard 5-ampere three-pin plug point. The e-bike can be charged in less than five hours using the onboard charger. For the time being, Matter has only shown us the electric bike in metal; bookings and pricing information will be revealed soon. Do let us know your thoughts on Matter’s electric bike.