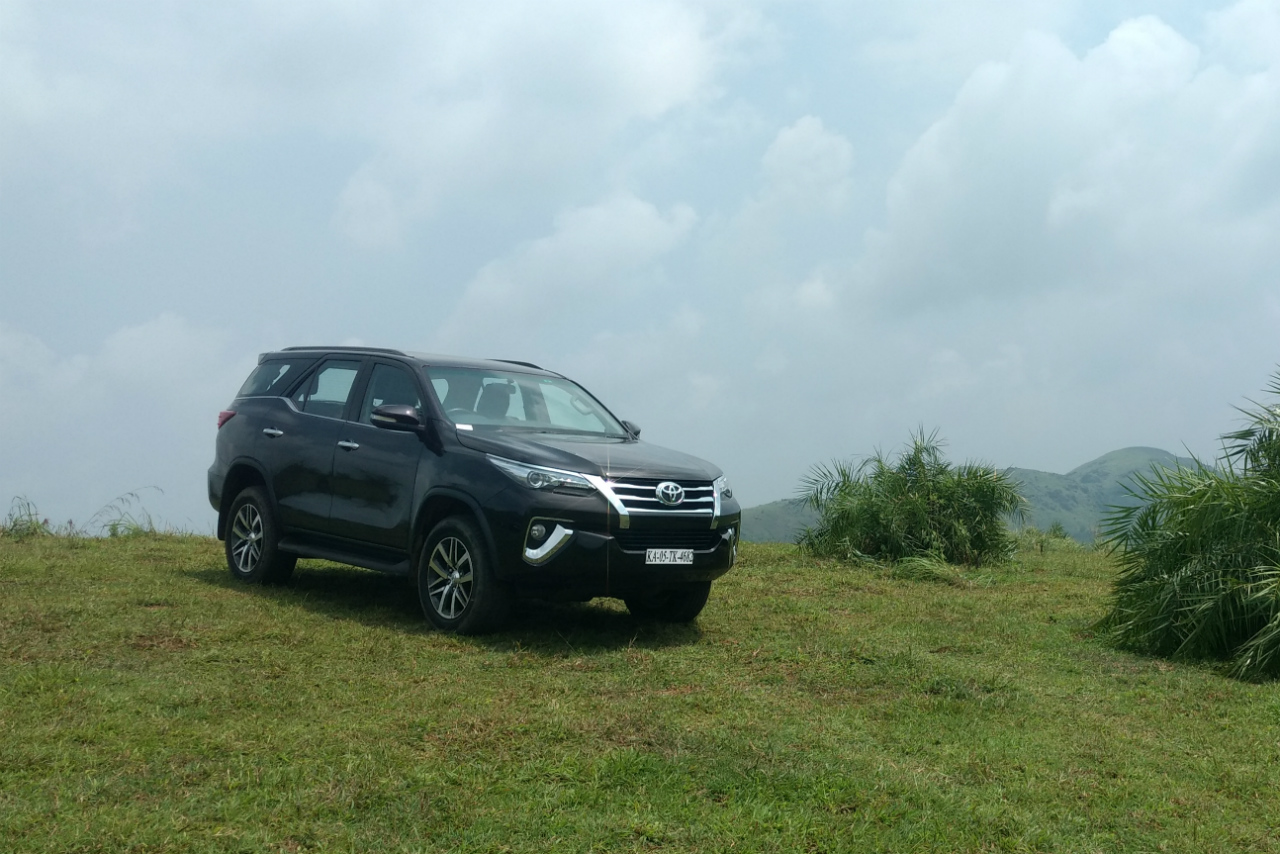 Toyota Kirloskar Motor has launched the all-new Fortuner in India, with a price tag at which it becomes too hard to resist. We’ll delve into details but before that, let’s have a look at the basics. Like the very successful, first generation model it replaces, the new Toyota Fortuner can seat seven, has the ability to kick some dirt, and has huge presence both on and off the road. But unlike the previous iteration, it’s now also available with a petrol engine, gets a plethora of improvements, and has its ride quality sorted, too.

Priced at Rs 25.92 lakh onwards (for the base petrol), it will be offered in two engine options: a 2.8-litre diesel (174 bhp, up to 45.88 kgm) and a 2.7-litre petrol (163 bhp, 24.98 kgm). Both of these will be available with a standard manual (six-speed for diesel and five-speed for petrol) and an optional automatic (six-speed for both) gearbox. The petrol, however, gets the 2WD layout only, while the more powerful and torquier diesel gets the option of both 2WD and 4WD.

Like the new exterior, the interior is leaps and bounds ahead of what the outgoing car had to offer. In terms of features, apart from ABS, EBD, Brake Assist, and Stability Control, there are seven airbags and pedestrian protection. Adding to the driver’s aids are downhill assist control and active traction control. The AWD versions get 18-inch wheels while the rest of the range gets 17 inchers. The suspension gets what Toyota calls ‘Pitch and Bounce Control’ which, as we found in our review, works well in order to sort the ride quality.

Keeping up with the competition, there’s a seven-inch touchscreen infotainment system, complete with reverse parking camera and navigation functionality. The AWD-equipped models get an Electronic Drive Control to choose between H2, H4, and L4 gear ratios.

It will be available in a total of seven colours, with both bookings and deliveries starting today. So if you’re looking at a seven-seat SUV, we don’t see a reason why you shouldn’t consider the second-generation Fortuner. Just be quick while writing those cheques, though.