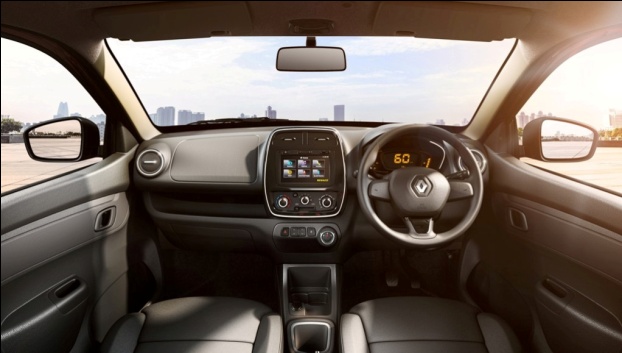 There is now an automatic option for the Kwid, and its one sale, priced at Rs 4.25 lakh. It is going to be an automated manual gearbox that is going to be doing the shifting for you, the same type of automatic transmissions that are found in many Maruti Suzukis, which Renault calls as ‘Easy-R’. The AMT in the Kwid is going to paired only with the recently launched 1.0-litre engine, specifications of which remain unchanged, with it producing 67 bhp and 9.3 kgm.

A knob in the center console acts as the gear-selector, allowing the driving to turn it between R (Reverse) , N (Neutral) and D (Drive). Automatic owners among you might have noticed that there is no P (Park) or a option to change gears manually. Renault has (somewhat) offered a workaround for the first by not allowing the AMT to creep the car forward when a gear is engaged and the feet is off the throttle. And secondly, there is no option to manually change the gears in the interests of reducing complications and keeping the costs low.

The Kwid AMT is going to be only available in the top-end RXT variant, with the rest of the features that come with the RXT, remaining the same. Other than the absence of a gear lever and a clutch pedal, there are no other changes or any new additions to the Kwid AMT interior. The space which was occupied by the gear lever has been freed up to make for some storage space.

The Renault Kwid now spans a price range that starts from Rs 2.65 lakh for the base 800cc Kwid, to the Rs 4.25 lakh for this AMT. In-between, an 800cc Kwid in the most expensive trim is priced at Rs 3.74 lakh, while a 1.0-litre Kwid with a manual in the same trim costs Rs 3.95 lakh. An AMT gearbox, therefore, adds just Rs 30,000 to the price of a Kwid 1.0 RXT (O), and with a claimed fuel-efficiency rating of 24.04 kpl, the Kwid AMT will certainly lures some buyers away from the manual variants.