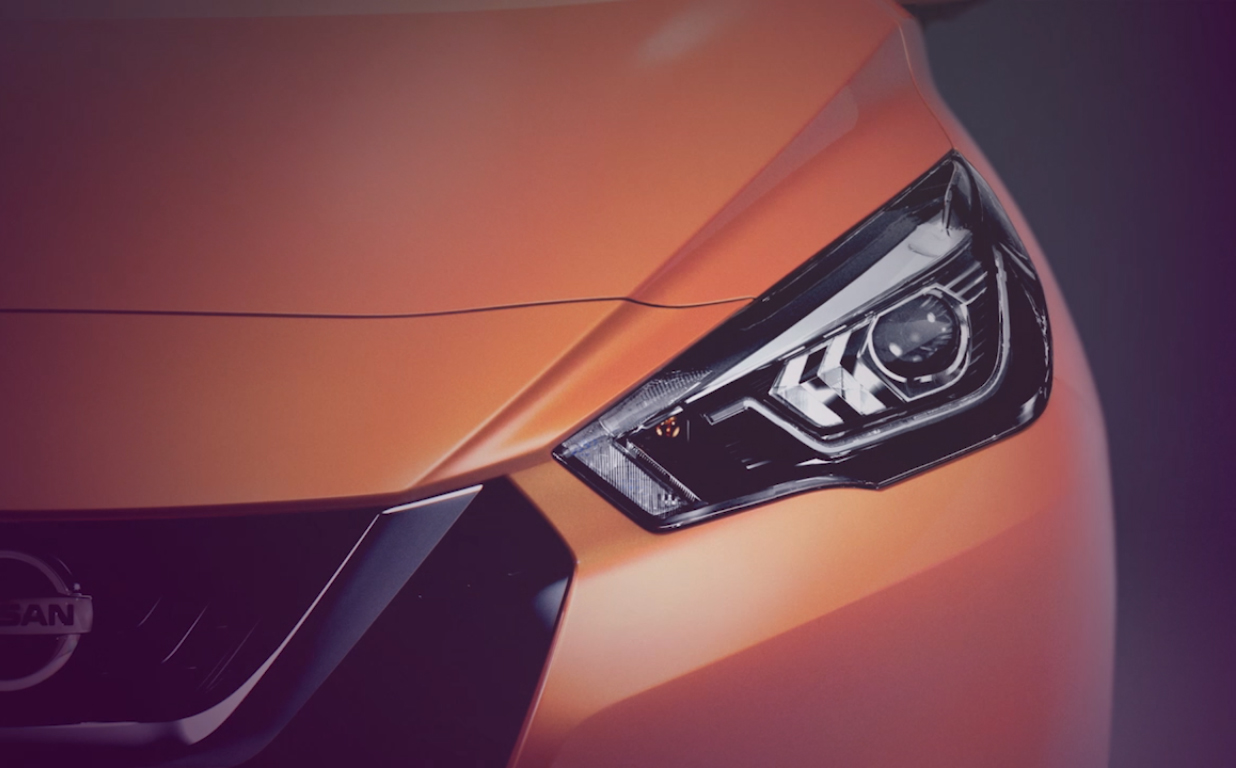 Nissan has, in a video, shown us some glimpses of how the new Micra will look like, which is making its debut at the Paris Motor Show.

From the little that Nissan has decided to show us, it seems that the design has stuck true to the Nissan Sway concept, with the sharp lines angled towards the centre, the aggressive looking snout and the V-shape in the grille. Pictures of camauflaged test cars shows a quarter glass, a high waist line and a raised set of horizontal tail lamps.

Nissan is definitely trying to push the new Micra up a segment and target it at the higher end of the small hatchback market. During testing in Europe, the Micra was often seen being pitted against a VW Polo, and will be launched with a range of three and four cylinder engines. The new Micra will be the first car to be based on a ‘B’ version of the modular CMF platform, which will also be the building blocks the new generation Nissan Juke and the Dacia/Renault Duster. Expected to be wider and longer than the current Micra, there isnt going to a badge-engineered Renault version of this, when it comes to India.