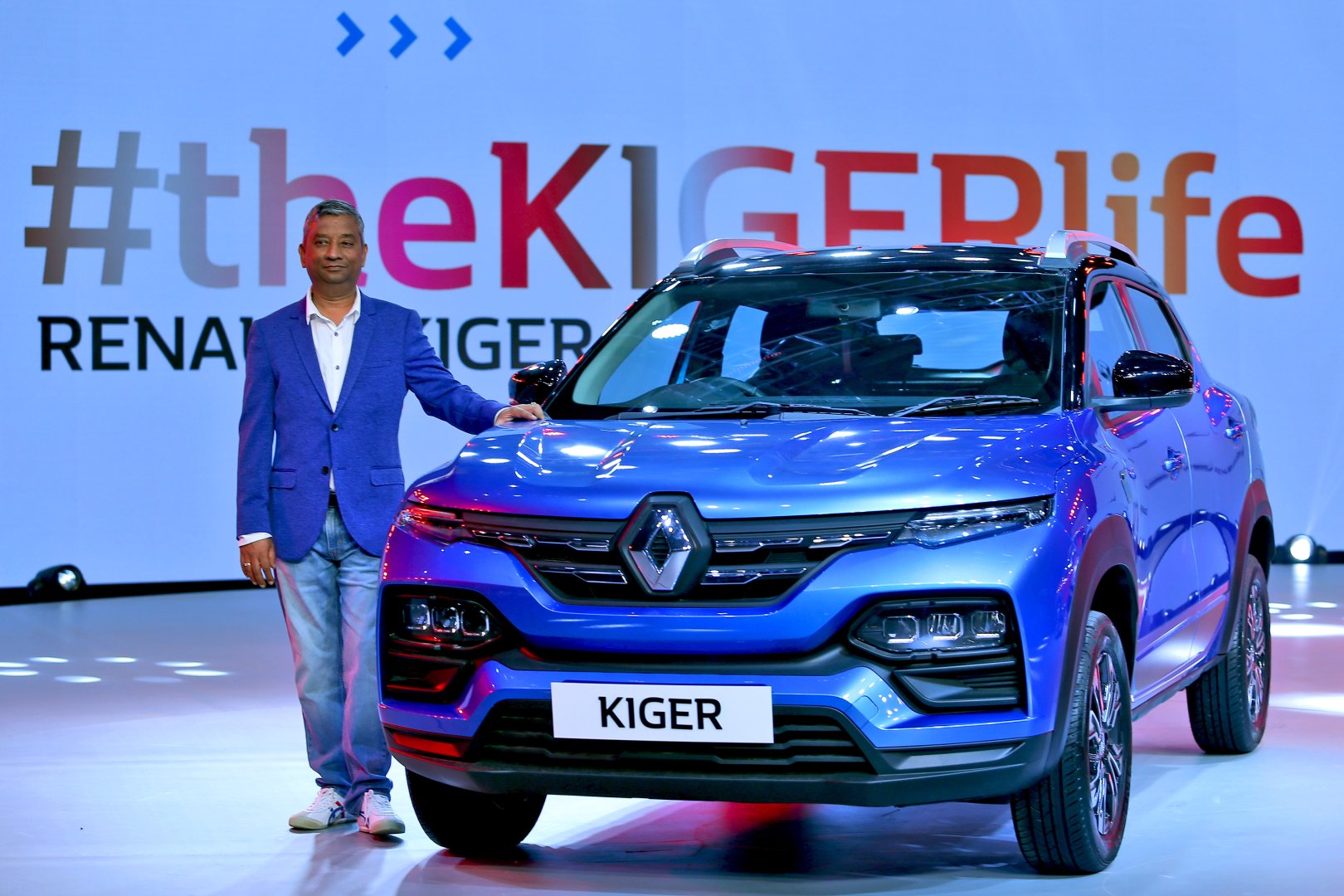 We’ve said before, and we’ll say it again – the sub-four-metre compact SUV is a hotly contested one. Soon, there will be a new player added to the mix in the form of the Renault Kiger. The French automaker unveiled the Kiger today, and there’s a lot to talk about, so let’s dive right in. Firstly, the Kiger will come with two engine options – a 1.0-litre, three-cylinder, naturally aspirated petrol engine which produces 71-bhp and 9.78-kgm of torque. This particular motor comes mated to either a five-speed manual transmission or a five-speed AMT gearbox. The other powertrain on offer is the 1.0-litre, three-cylinder turbo petrol which produces 99-bhp and 16.31-kgm of torque.

As far as styling is concerned, we’re happy to report that Renault has kept it quite close to the concept unveiled late last year. Apart from looking like the Kwid’s elder sibling, which is a good thing, the Kiger has a distinctive coupe-inspired SUV silhouette. There are also LED lights all around, sculpted bonnet and flared wheel arches which make the Kiger stand out distinctively. To be honest, Renault has done a pretty good job with Kiger, in the looks department. Furthermore, the ground clearance is at an impressive 205mm, with 16-inch alloy wheels that look quite funky.

On the inside, there’s plenty to talk about too. First, the eight-inch touchscreen sits right above the central AC vents, and alongside the seven-inch digital instrument cluster. The dashboard is coloured in grey with a few black plastic highlights, here and there. There’s also plenty of storage space with four one-litre bottle holders, two cup holders and more. Renault has also added an air filter, ambient lighting, automatic climate control and bunch of other features which keep Kiger up to date.

Other highlights on the Kiger include a claimed best-in-class boot space (405 litres), 710mm space between the front seats and 220mm of rear legroom. All things considered, the Kiger seems to have all the right tools to keep the competition in check. Which, by the way, includes the likes of the Hyundai Venue, Kia Sonet, Maruti Suzuki Vitara Brezza, Tata Nexon, Toyota Urban Cruiser, Ford EcoSport, Mahindra XUV300 and the Kiger’s cousin – Nissan Magnite. Although, expect pricing to be similar to that of the Magnite. Which would be your pick of the bunch?