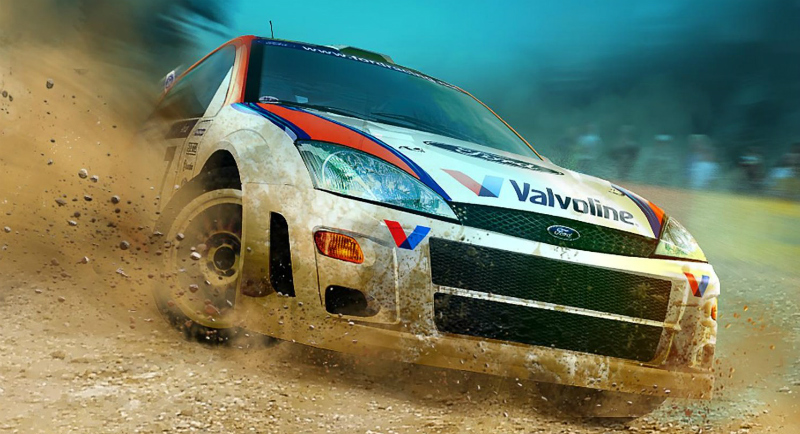 Inarguably one of the best games for rally fans, Colin McRae Rally was introduced on July 15, 1998. Away from the arcade-style nonsense that we’ve begun to accept as real games, Colin McRae Rally required some time and skill to understand how different tackling corners was, without using walls to bounce back, that is. In an off-road drive down the memory lane, we rekindle our love with the game which wholeheartedly did (and still does) justice to the legendary name it bore.

McRae’s insurmountable talent might have won him just one championship but he was always a force to reckon with. Whether it was his insane ability to drive like a hooligan, the character that he was — both on and off the rally stage — or the fabled words ‘if in doubt, flat out…’, he’s close to the hearts of many a rally fan. And so is the game.

Here’s what Colin McRae Rally — the first one — looked like when it arrived on PC and consoles eighteen years ago:

Over the years, the cars improved, the in-game physics were extensively worked on, and while the surface grip and gradient might be a thing of present day, it hardly mattered when grip levels were consistently low. The video, meticulously made by Tofig Shamkhalov, shows how the game progressed over the years:

It was followed by Colin McRae Rally 2.0, and the visual improvements are apparent. If that Focus RS flying over crests (see the intro video below) doesn’t evoke good memories, then we doubt anything will…

Steering input was key, and it was always a matter of making the car dance to your tunes while ensuring you ‘don’t cut’, maintain ‘caution’, as McRae’s equally iconic co-driver Nicky Grist insisted.  A choice of surfaces — gravel, tarmac, snow, etc. — meant one could never be sure about how well they would do behind the wheel. There was also a fair bit of experimentation allowed, so you could — if you were brave/stupid enough — drive on a snow stage with road tyres on, etc.

When the series made way for the relatively new ‘Dirt’ franchise — earlier called Colin McRae Rally Dirt — a range of additions were made to cater to a wider range of audience: Rally Cross, Gymkhana, etc. you name it. The latest Dirt Rally promises to be as much fun:

And if you fancy going sideways while on the go, the Colin McRae Rally is available on both for Android and iOS devices, too.

What made sure the game clicked among pure enthusiasts was the fact that one could drive anything and everything from the Impreza 22B to the Colin McRae R4. And let’s not forget the other legends like the Mk1 Escort, the RS200, the Lan Evo, and even an E30 in the latest version. The gameplay has certainly become more difficult, the damage more realistic, the cars and the surroundings more detailed, and as a result the whole experience so much more fun.

Here’s to the hero that Colin McRae was and will always be!

Irrespective of the version you play, the car you drive, and the stage you tackle, just remember that there once was a guy who could continue with the same gung-ho approach, win rallies, and ensured that team orders were nothing but boll*cks.

I’ve just done my bit and bought a copy of Colin McRae Rally 2005 — my personal favourite — off Amazon. It was the sweet spot between being too new and too old. What about you?