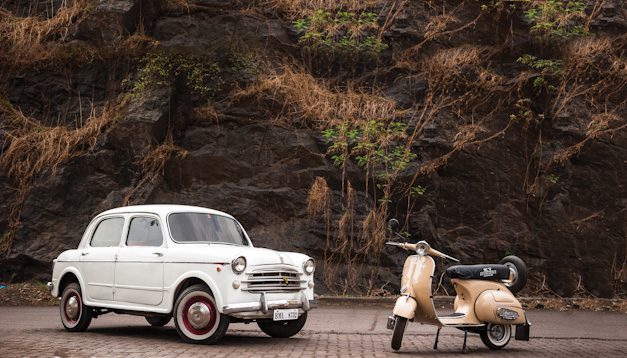 ‘I’m going to start you off in third gear, so you’ve got to really ease the clutch out and keep the revs up.’
‘You’re joking.’
‘Well, first and second aren’t engaging, so that’s your only bet.’
‘But isn’t it bett—‘
‘No.’ 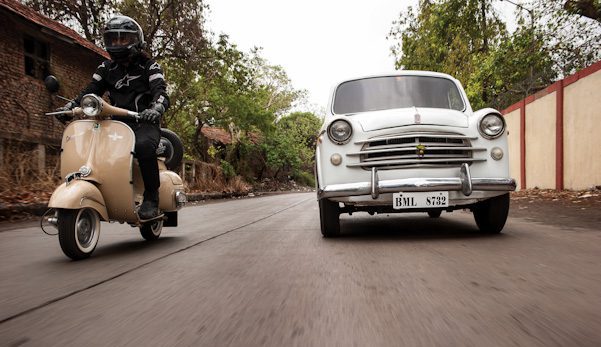 Welcome, then, to the lovely Fiat 1100. A gleaming white example parked next to me, the sound of gear cogs crashing against each other as though at war, piercing the still air as it did, and the exchange you read above was what took place with the owner when I asked for its key. I’ve always marvelled at the effect that classics have on people. I like that they have the ability to send people back in time while being perfectly stationary, and while I’m admittedly not one to revel in the company of cars such as the Millecento, I’m not oblivious to the obvious charm they hold over certain people. I’d love to tell you that the Millecento changed all that for me, but as I watched it pull up next to my car, I couldn’t help but wonder why people would go through the bother of constant worry in the age of reliable this and dependable that. I mean, of course, the worry of the brakes giving way or the steering rack collapsing or, worse still, breaking down altogether by the side of the road. It’s inevitable, really, and a serious worry if you’re as capable of diagnoses and repairs as a McDonald’s employee would be at open- heart surgery.

Getting back to it, then. The Millecento you see here belongs to the Powales who were kind enough to let us have a go in it for the purpose of this story. Kishor Powale and his son, Rohan, acquired it in August of 2015 and when they found this Fiat 1100, it was far from the condition it is in you see today. For starters, it wouldn’t start. And when it did, it would probably go as far as the eyes could see before giving up on life. The first part of the 1100 that got an overhaul was the wiring and the battery, followed by a complete reworking of the engine. The ’54 model 1100 made around 35 bhp when it was launched, which was, predictably, a decent amount for the time. Legendary automobile designer Dante Giacosa was behind the 1100’s execution and the smartly proportioned car made a bunch of people sit up and clamour for one. Indians even had a bit of a go at the Millecento thanks to its, um, rounded, pig-like rear, which gave birth to the rather crude ‘dukkar Fiat’ nickname. Aren’t we a creative bunch. 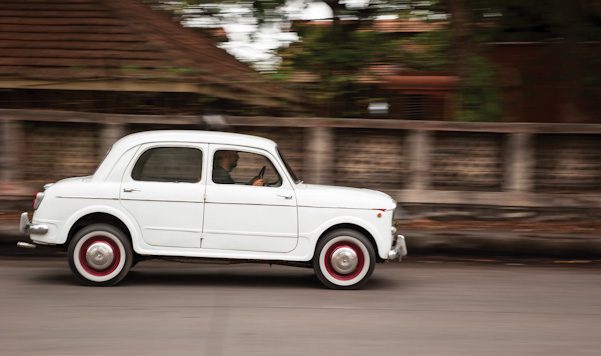 What you need to know about the car is that it has a 1089cc four-cylinder engine that sends power to the rear wheels and it has a column-mounted shifter (which didn’t exactly work too well in this example). Combined with an 810-kg kerb weight and a monocoque chassis, everything came together for the little Fiat for it to be called a delightful driver’s car. It’s said that the chassis and engine combination was so good that none other than Enzo Ferrari sent a telegraph to Giacosa congratulating him for his work! That, however, was then. Today, the Millecento in front of me is a machine that invokes nostalgia by the droves more than anything else. It’s a hat-tip to the genius that existed and a reminder that simplicity transcends time. The standout bit of the Fiat has to be those reverse opening suicide doors, though — strange how they’ve not stood the test of time. 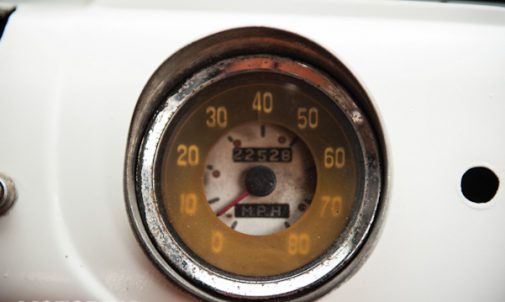 The Vespa you see is a bit more of the same. It’s an extremely well-restored, early ‘60s model that looks better than most other scooters even today. Again, I could see the appeal that a Vespa like this one would have over people, but I still couldn’t see myself fawning over it and being disciplined enough to keep it in such good nick. This particular Vespa 150 is a ’63 model that was rescued in 2011 by its owner, Yezdi Patel. According to him, there was hardly anything left of the scooter when he first laid eyes on it. Over the years, he’s been slowly chipping away and bringing the Vespa back to life. His attention to detail has been astonishing, really. Parts like the speedometer and the tiny detailing in the headlamp have been sourced after a lot of research and the end result, as you can see, is breathtaking. Powering it is a 145.5cc, single-cylinder two-stroke engine that puts out around 5 bhp and the one here came with a 3-speed gearbox. All this allowed it to get to a top speed of 87 kph in its time, but now you’d be better off smiling and waving along at saner speeds as you cruise past a boulevard on a sunny day. The Vespa VBB, as it was known, owes its name to the prefix of its chassis number and it got a completely new frame and engine note over its predecessor. It was the VBB that went on to become the basis for almost all subsequent Vespas and, indeed, one that created one heck of a cult following.

I’ve often wondered what the motivation is behind the process of a complete restoration, especially considering the process is painstakingly long in most cases and all you’re left with in the end is a vehicle that will run, on a good day, for a few hours before it comes to spluttering halt in the middle of a heavily trafficked road. Or by the side of it, if you’re lucky. The next step of rolling your sleeves up, swallowing your ego and letting rip a barrage of expletives thanks to the hand you’ve been dealt as you dive into your tool bag and attempt to get it back to life, well, the entire chain of events just baffles me. Is it really worth it at all? Turns out, I’ve been looking at it all wrong for a while.

The sense I got from the owners of the machines you see on these pages was one of pride and contentment at the way their restorations have turned out. It’s not the set of emotions we run through when we get our hands on a new car or motorcycle, but a whole new set that I’ve not been privileged enough to access so far. If I can be so crude, I’d liken the Vespa 150 and Millecento to the most adorable dogs I know that belong to a friend — a Jack Russell Terrier and a Chihuahua. You don’t need much time with them to realise that they’re the most unfriendly pair whose definition of toilet training extends as far as the length and breadth of their home. They’re overbearing, loud, unpredictable and they redefine the insecurity that’s usually associated with attention seekers. That, however, isn’t at all how their owners view them. The entire process of bringing the two up has been one of the most satisfying, for lack of a better word, times of my friend’s life, and I saw a lot of that in the way the owners spoke about their respective machines. The journey they endured in bringing their vehicles back to life was worth as much as, if not more than, the timeline that followed. 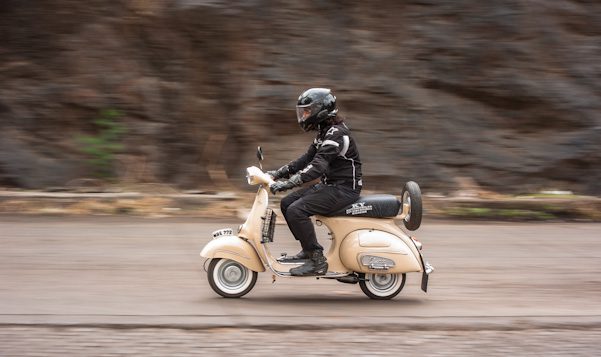 So no, it’s not a case of becoming a convert. I will, however, admit to the fact that the Millecento and the Vespa 150 have opened my eyes about why people invest time and money in classics. The love of bringing back to life something that seems beyond repair is something that’s hardwired into people like the owners of these two here. They’re as special as getting your hands on something newer and, well, fully functioning, but for entirely different reasons. I respect that. The point in bringing the Millecento and Vespa together was to showcase the lasting effect that simplicity and ingenuity can have, and even though these two were separated by a few years in terms of manufacture, they still are a defining aspect of their era; milestones, almost. To proudly admit that you own one or both of these classics is to say you own a part of history that’s indirectly lead  to the two- and four-wheelers you and  I drive and ride today. That’s an enviable feeling, really. Okay, maybe I am  a convert…

This story couldn’t have been possible without the time and patience of Yezdi Patel and Kishor and Rohan Powale. Thank you for your fine machines.