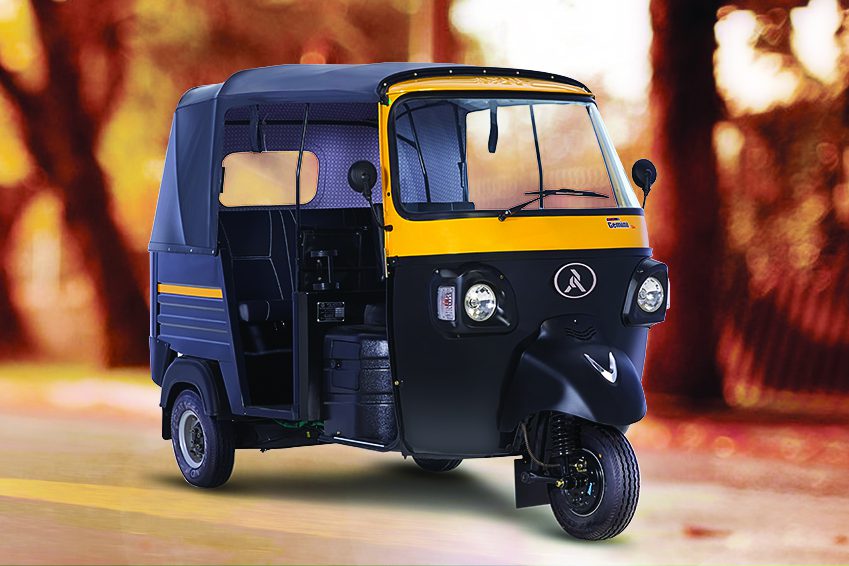 Atul Auto has a fascinating history, it came into being as a successor to an idea of ‘Chakadda’, and ingenious product created by JayantiBhai who took discarded golf carts from the Maharaja of Jamnagar in 1970’s and a attached the engines to a pair of cycles. And thus a cheap, simple, reliable machine which the poor rural folk of that time could afford and use was born. Today this over INR 500 crore Rajkot-based manufacturer of three-wheel commercial vehicles has come a long way from the days of the ‘chakadda’. However, the core idea remains the same, to provide cheap, reliable transportation solutions for the common man using the latest technological advances and touch of ingenuity.

Atul Shakti: The Shakti is the bread and butter of the Atul Auto three-wheeler range. Known for its ruggedness, and the versatility of the platform. The large windscreen, distinctive to the Shakti, afford good visibility, while the .4m high side panels of the pickup’s loading bay allow a deep, recessed area for secure transportation of cargo. All the Shakti body styles are powered by an air-cooled, single cylinder 435cc diesel engine, producing 7.4 bhp and 1.8 kgm, and according to the claimed figures, it is quite fuel efficient too, going 35 km to a litre of diesel. Other features include an electric start and double filament headlamps. The Shakti available in 4 different body variants, a standard pickup, a highdeck van, a delivery van and as a passenger carrier. As a passenger carrier, a customer can choose between a 3+1 layout or a 6+1 layout. Although the wheelbase of the both the variants are the same, the larger capacity Shakti is longer by 220mm.

Atul Smart: Unlike the Shakti, the Atul Smart has a traditional cab design with a smaller windshield. It is available in only two bodystyles, as a highdeck pickup van and as a passenger carrier, in the usual 3+1 and 6+1 seating layouts. There is a choice of engines too, with the 435cc BS III compliant diesel from the Shakti and a smaller capacity 395cc BS II engine, both though, produce the same 7.4 bhp. The Smart has a longer wheelbase, by almost 200mm, than the Shakti, which creates more room for the passenger variants and is able to carry 100 kg more for the cargo variants.

Atul Gem/Gemini: The Atul Gem and the Gemini range consist of the same pickup, cargo, delivery van and passenger carrier body options of the Smart, but with some key additional features like an enclosed cab, electric start button, LED cabin lamp, an attractive instrument console and multifocal headlamps with halogens. In keeping with the times, Gemini passenger variants are not only available with a new 200cc petrol engine – rated at 9 bhp; but also with factory fitted CNG and LPG variants.