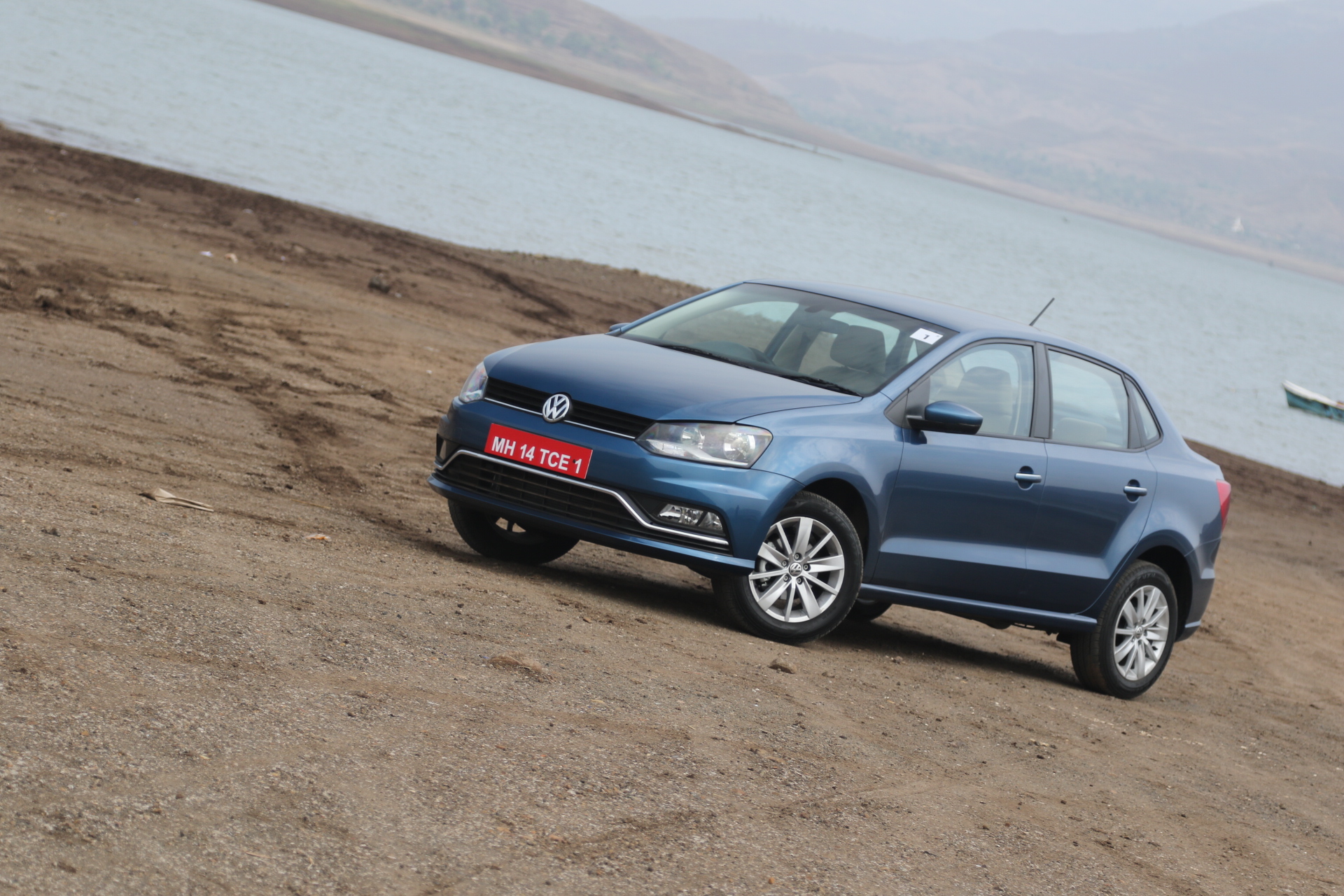 When you are selling 32,000 units per annum in India, you could be perceived in two ways. If you are a premium/luxury car manufacturer, you are on a roll like nobody else. But if you are a mass manufacturer, parent company of the world’s largest car maker, you could be in a spot of bother. Volkswagen then fits this bill, but it’s intention isn’t to be in this state for long.

Therefore, enter the Ameo, Volkswagen’s first attempt at making a car specifically for an Indian requirement. The sub-4m sedan segment has been doing well in recent years and that’s been on the back of several launches. However, one car maker, Maruti Suzuki commands over 50 per cent market share, with the remaining four players divvying up the rest among themselves. VW’s entry isn’t expected to shake things up, at least not the status quo, but it hopes to make its mark.

And it has started off on a positive note. With the exception of the Tata Zest, the entry level Ameo is cheaper than every other rival. At Rs 5.24 lakh, ex-Delhi it’s priced lower than even the Polo, the car on which it’s based! Now that’s a first for a compact sedan in this country. The not so good news for the moment is that it’s offered only with the tried and tested, 1.2-litre three-pot petrol motor. A 112 bhp, 1.5-litre diesel with a five-speed manual or 7-speed DSG will be offered in the coming months, which should make it a bit of a pocket rocket.

A few changes then have been made to give the Ameo, based on the same wheelbase as the Polo, a boot. About 35 mm was shaved off the front overhang. The roof was lowered by about 15 mm to allow the C-pillar to blend in with the boot box. Does it work? The boot looks a bit stubby and the rear tail lamps aren’t the best looking. This isn’t the best looking sub-4m sedan but if you ignore the last 200 mm, it’s still a handsome looking car.

VW’s focus with the Ameo has been to offer the most number of features, vis-à-vis the competition. On that count it scores better. Touchscreen audio, rain sensing wipers, cruise control, anti-pinch windows, dedicated vents for the rear; you can’t be complaining about it. But all of it can’t hide the fact that despite it being probably the best built cabin of the lot, it feels a touch old in terms of design.

The challenge with these cars is the rear seat and though VW has made an effort to scoop out the front seats, legroom and kneeroom feels compromised. With a tall driver up front, the situation gets trying. The competition here has the measure of it.

Dynamically though, the Ameo retains all the positive traits of its cousins. The changes have resulted in a 10 kg kerb weight increase over the Polo, but that has made no dent its handling. It’s still a neutral handling car that neatly tucks into corners with little fuss. The steering is light enough for city use and feels lifeless on the highway, but well suited overall for typical Indian use. The ride is still soft and pliant and overall the car feels like it can handle abuse well.

Not so much the motor. The 74 bhp, 11.1 kgm 1.2 lacks low-end grunt. The clutch action is iffy and it’s not too difficult to stall the car, especially whilst reversing. On the highway too, the motor is better suited to cruising than outright performance. It revs slowly, as if it were stymied for emission/efficiency reasons. Driveability is the main motto of this mill and that it does well.

Overall for a project that took the better part of 24-30 months the Ameo has enough positives to keep VW in the hunt, were this 2013 or 2014. But today not only are its rivals no pushovers, it has its brand image too that could pose a challenge. A good car but not necessarily the best.