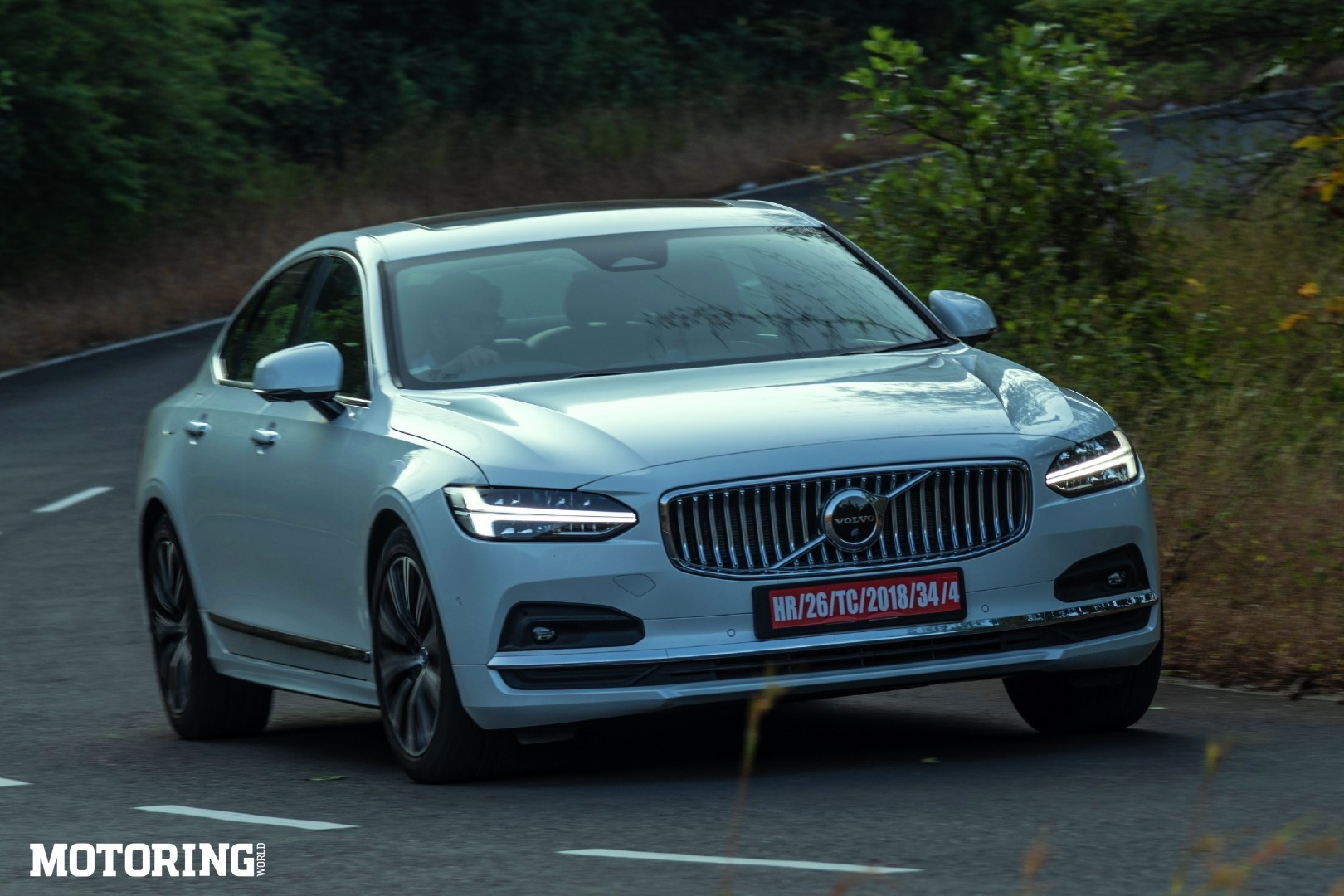 Volvo India is slowly but surely filling out its portfolio, bringing back models that were on sale with a diesel engine prior to BS6 norms kicking in. The latest to arrive is the Swedish brand’s flagship sedan, the S90. The optimal left-field option, especially when one considers its competition is primarily German, the Volvo S90 has always been a good-looking sedan and that’s not changed. Sure, you do get some subtle cosmetic changes such as the new front grille with vertical chrome slats, a new emblem, along with a reworked front bumper that features a chrome strip near the bottom. These don’t take away from the svelte Volvo design details but, honestly, don’t add much more either. 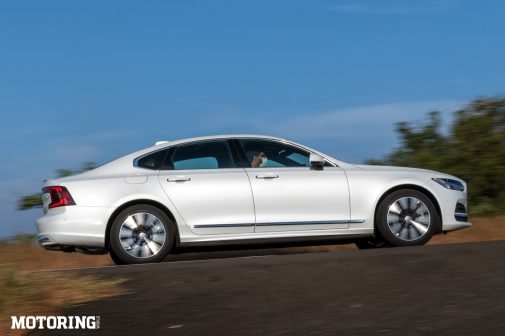 Nonetheless, there’s an elegance to the S90’s styling that is as pleasing as before. However, when viewed dead-on from the front or the rear, the S90 does look stretched width-wise. This feeling is further accentuated by the slim, ‘Thor’s Hammer’ headlights, and the elongated, C-shaped tail-lights. The impression that it’s hunkered down low is prominent when viewed from the side and the slim 245/45 tyres and stylish 18-inch alloys just add to that notion.

That the exhaust cans are hidden is a nice touch, and accentuates how you barely hear a blip out of the engine on start up. There’s nary a rumble nor a grumble from the 1969cc four-cylinder turbo-petrol engine even as you set-off, though, you’ll definitely hear a rather sporty engine note as the revs get higher. But, more on that later.

Even a glimpse of the interior will lead you to believe you are about to be pampered. And that’s quite true of the front seats. Any drive can be made infinitely more comfortable by using the massage function, and these seats adjust in more than eight ways to give you the best sitting position possible. These ventilated and heated seats also come with a memory function, which adds convenience when switching between drivers on a regular basis.

The cabin’s beige and black theme works well. It gives you the impression that you’re being pampered, something that’s accentuated by the faux wood finish on the dashboard and the doors. The Google-based 9-inch touchscreen infotainment system is user-friendly and just ups the convenience factor. Refinement is also superb and you do feel as if the inside is well insulated from the outside, with road and tyre noise being kept to a minimum.

On the other hand, the rear seats aren’t nearly as nice to be in as the ones in the front. Sure, space for four is in excess and seat comfort is more than adequate. However, as the sunroof doesn’t extend to the rear and the seats themselves don’t adjust, the Volvo S90’s rear seats just don’t feel as special as the front ones. In addition, while you do get climate control at the rear, there’s no USB charging ports back there. There is a 12V socket, though.

Speaking of electricity, the S90 now comes with a 48V mild-hybrid system, which is one of the reasons why it takes off so effortlessly and silently, with just a dab on the accelerator. The start-stop system also works seamlessly, though, as with any such system, switch it off if you’re going to make a three-point turn on a narrow road. Another highlight is that brake feel is still quite good, despite the energy recovery tech added on to the brakes. The large sedan comes to a halt with great alacrity.

Which is more than can be said about its ability to reach speeds quickly. On paper, the 247 bhp and 35.69 kgm of torque that the 2.0-litre turbocharged petrol mill produces seems to be more than adequate. On the road, it’s just barely adequate. And that’s, in part, due to the 8-speed automatic gearbox. It shifts smoothly and swiftly, even when aggressive downshifts are called for, but it’s clear this unit is meant to be driven more elegantly. The engine, in complete agreement with the transmission, doesn’t have much to give beyond the 4800-rpm mark either, other than the sporty exhaust note I mentioned earlier. Another clear sign that the Volvo S90 is not meant to be a driver’s car are the lack of paddle shifters. Underlining that this 1.8-tonne sedan is not meant for those who like to ‘attack’ a corner, the S90 rolls when shoved into a set of twisties. 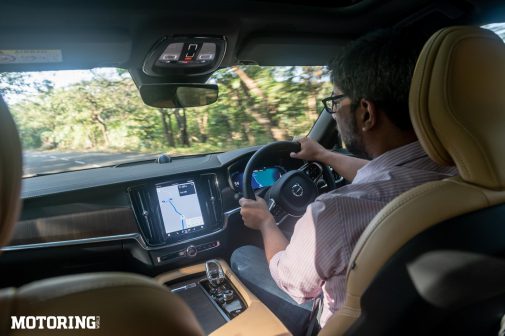 Understeer is mostly contained, and the steering is direct enough, but, honestly, it’s not going to be oodles of fun trying to blast out of bends. The soft suspension setup does mean that barely any road condition phases the S90, barring a few of those uneven, malformed pieces of road that some like to call speed breakers. It’s not that ground clearance is a big problem, unlike say the BMW 5 Series, where it is. It’s just that the 2941 mm-long wheelbase combined with the 152- mm means you’ll have to position the wheels properly so that the bottom doesn’t scrape. 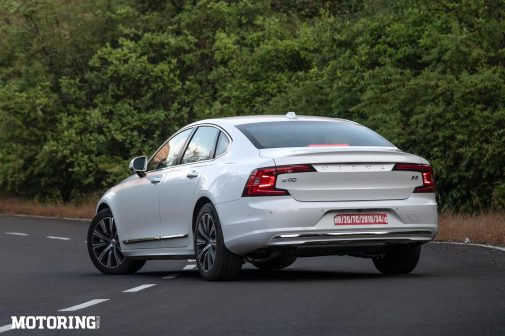 Priced at Rs 61.90 lakh, ex-showroom, India, the Volvo S90 undercuts the petrol versions of the Mercedes-Benz E-Class and BMW 5 Series, and the petrol-only Audi A6. This makes for an interesting leftfield option for those who want to be pampered, sedan-style.