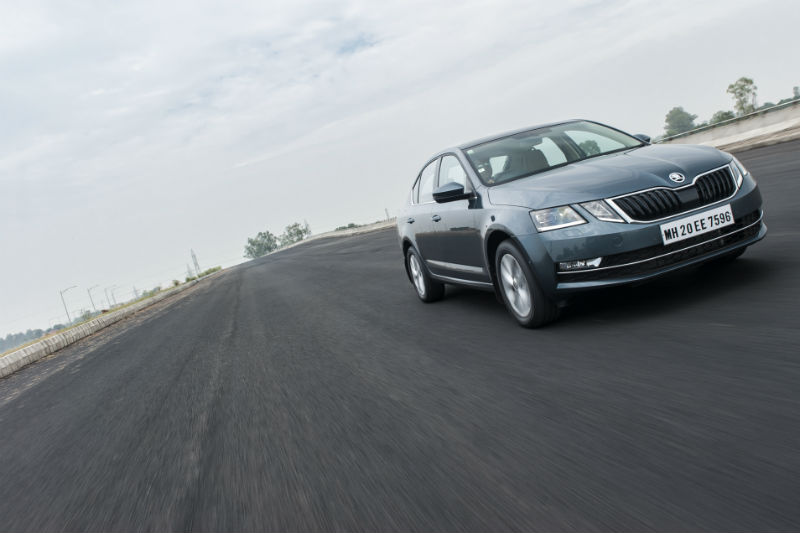 I feel quite old when I tell people about the time when the Škoda Octavia used to be the car to buy. Most millennials may not remember, but the Octavia did take the Indian market by storm. The sturdy, premium and fun-to-drive car was aspirational and almost an unchallenged (largely due to a lack of competition) hit. But that was 2002-03 and the years that have gone by haven’t exactly been kind to the Octavia, and Škoda as a brand, too. It, however, seems to be intent on reversing that and has quite a product offensive lined up, starting with the car you see here.

Most cars these days get a facelift within the second or third year of a generation change. Škoda has waited almost four years to bring this facelift and if you are looking for major changes, I would suggest trying harder. The front gets the maximum changes: new LED headlamps, new grille in piano black, a reworked bonnet that looks a little more muscular, a chrome strip running across the front bumper, LED fog lamps that also act as cornering lights – all good stuff, I say. The profile and the rear are largely the same, barring a new alloy design and LEDs for the tail-lamps.

The interiors are a different scene, though, and Škoda has done a pretty good job here. The way the touchscreen is laid out makes more of a difference than one would expect and gives the centre console a really neat look. The 8-inch touchscreen is now surrounded by touch buttons, instead of physical buttons in the previous Octavia, and is extremely easy to use with an impressive touch response.

As with most modern cars, Apple CarPlay, Android Auto and Mirror Link are on offer but keeping in mind its core audience, those who like the Octavia for its rear seat comfort, Škoda has gone a step up and offers what it calls BossConnect. A clever, albeit heavy, app that lets you control music and navigation from your phone. On the top variants, there is also ambient lighting with 10 colors that adds to the premium feel of the car.

Safety also gets a leg up in the higher variants with 8 airbags, while the base variants will continue to get dual front and side airbags. An interesting feature on the Octavia is Multi Collision Braking, where, in the event of a collision, if the driver loses control, the system will apply the brakes as needed to prevent the car from crashing into more objects and reducing the impact of the accident.

There are no mechanical changes, except the rear track has increased by 30 mm on the 1.8 TSI and 20 mm on the 2.0 TDI. I chose, wisely I feel, to drive the 1.8 TSI and the engine is still the free revving hoot it always has been. Having 178 bhp in a car that weighs only 1375 kg can only mean fun, right? The 7-speed DSG with paddles is happy to play along, when you want to, though I did find shifts on the limit to be slightly harsh. The 1.8 TSI is still the only Octavia to get a multi-link independent rear suspension and it does give you more confidence.

Overall, it is a step in the right direction from Škoda. The Octavia feels more premium, has clever and useful features, time-tested engine options and it looks good, too. Unfortunately for Škoda, the competition has pretty much the same to offer but the impending GST may prove to be a boon for it. I expect the car to be priced competitively, with a slight premium on the current car but offering a lot more. Škoda also says it has been working on changing the perception about cost of ownership and maintenance, which has been a cause of concern in the past. A change of face might just be its ticket to higher sales, I guess.