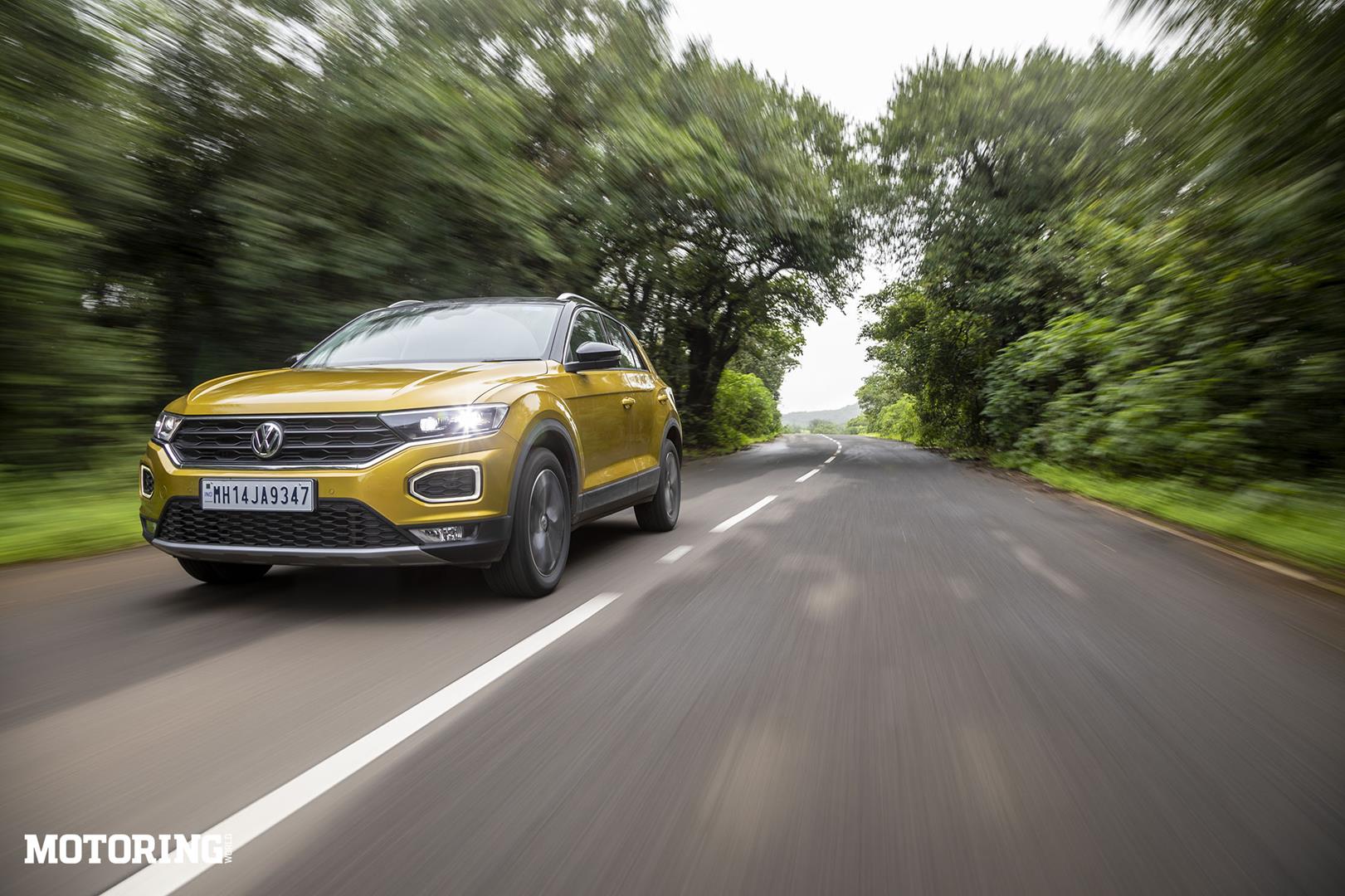 SUVs sell. This is a fact we’ve established many times over, and frankly it’s a surprise it took Volkswagen this long to launch a product in this particular SUV segment. The T-Roc is finally here, though, and it looks like it has its work cut out for it. The T-Roc represents a playful take on Volkswagen’s current design language. All the hallmarks of the clean Volkswagen design are present, of course, including exceptionally sharp creases and crisp body lines. Look at the details and you’ll see where the designers had fun with it. Up front, you have a pair of LED headlamp units which merge seamlessly into the grille and below which sit the large DRLs. Though the brochure doesn’t explicitly mention the roofline, I think the designers were going for an SUV-coupé look. At its four corners, 17-inch diamond-cut alloy wheels fill out the wheel arches well and give it a good stance. It’s a great-looking car and the colour choices on offer complement it nicely. 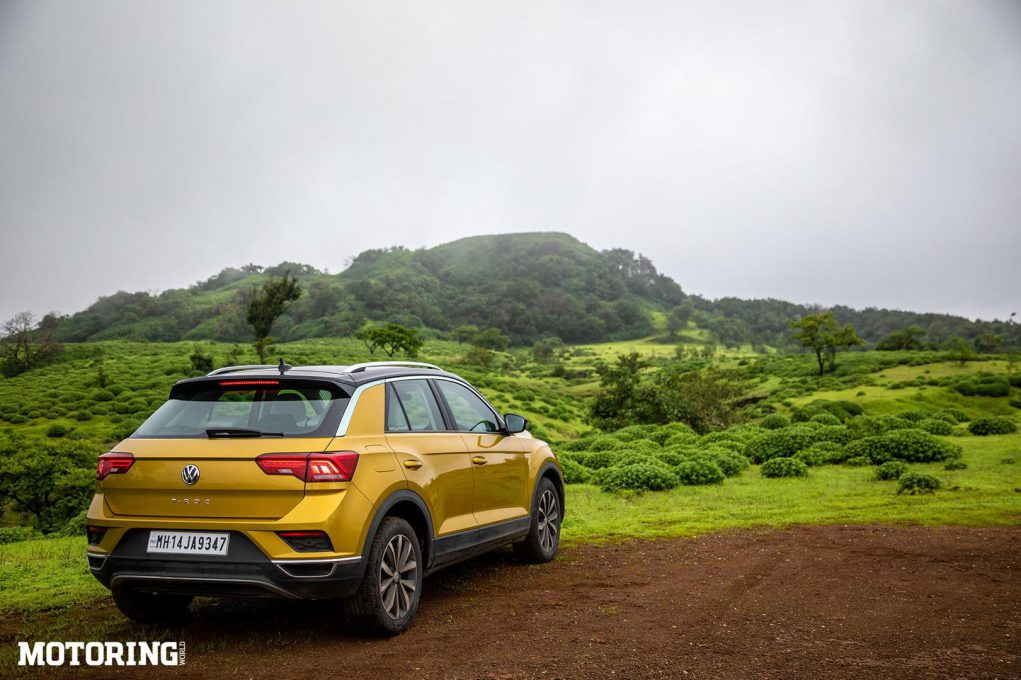 Since it’s brought in as a Completely Built Unit, there’s only one fully-loaded variant available. Inside, you get dual-tone leather seats, a digital instrument cluster, a tyre pressure monitoring system, six airbags, and a large touchscreen infotainment system as standard. The layout of the climate controls is familiar and intuitive, as are the rest of the controls, except one. Now, a power-adjustable driver’s seat might be too much to ask for at this price point for a CBU, but a regular lever to adjust the reclining angle of the seat would have been nice.

I’ll admit that the rotary knob to adjust the recline is great if you absolutely need your seat at a 103-degree angle or something equally specific, but I’ll take the simplicity of a regular lever over the knob any day. The T-Roc is about the same overall length as the Hyundai Creta and the Kia Seltos, but the rear seat passenger room is slightly compromised because of its shorter wheelbase in comparison. There’s still adequate room for two people to sit comfortably, but three will be a squeeze.

The T-Roc is powered by a 1.5-litre TSI Evo engine which makes 148 bhp and 25.5 kgm. Refinement levels of this engine are exceptional; you can barely hear it at idle and only as you near the redline is the exhaust note noticeable inside the cabin. Like the Polo and Vento TSI models, this turbo-petrol loves to be revved out, too, and makes most of its power higher in the rev range. There is mild turbo lag, but it’s quickly overcome. There are no drive modes available, but the transmission does have a sport mode that’ll hold onto gears for longer.

There are also paddle shifters on the steering wheel for full manual control, but the paddles themselves are too small and placed too far inside at the back of the wheel. It’s a bit of a reach to use them and you’ll have an awkward grip on the wheel while doing so. Oddly, the transmission falls somewhere between the Seltos’s and Creta’s dual-clutch transmissions in terms of response and initial acceleration; it’s not so harsh that driving in start-stop traffic is a pain, but at the same time, it’s not so smooth that you’ll mistake it for a torque-converter automatic. 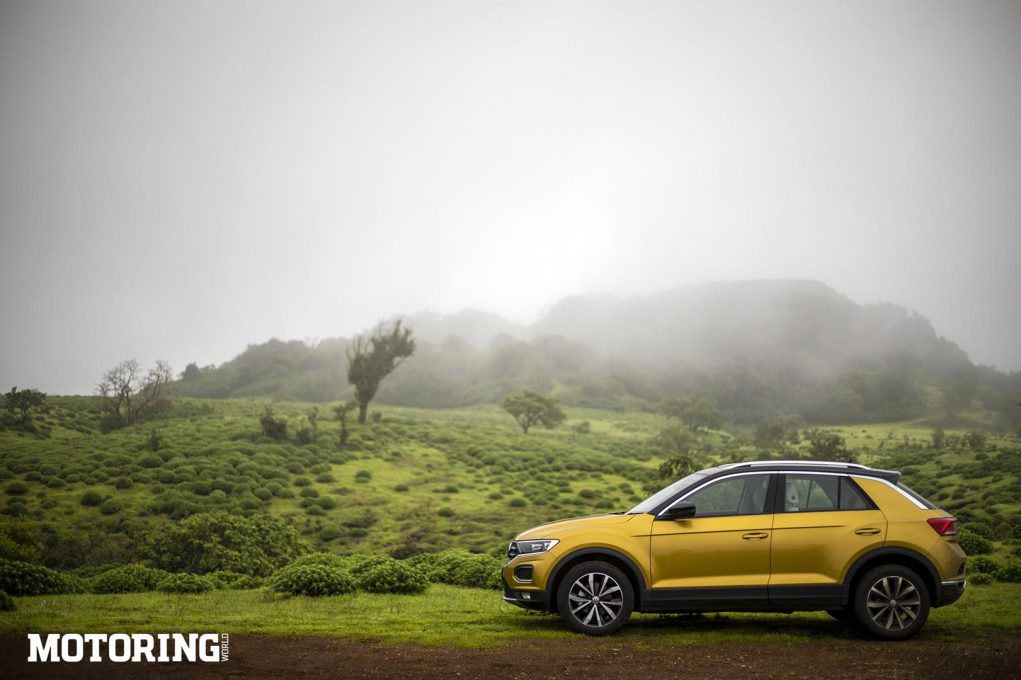 Fuel efficiency is the name of the game for this engine, though, and to that end it features Active Cylinder Technology which shuts off two of the four cylinders under low-load conditions. The only indication of that is the lighting up of the ‘eco’ light on the dash, and the transition to two cylinders and back to four is otherwise unnoticeable. Volkswagen also equips the car with something it calls the ThinkBlue trainer; it monitors your driving over a period of time and gives you a score out of 100, urging you to drive more economically to boost your score. Instructions are easy to follow and you do notice how certain habits adversely affect your economy. After maxing out the scoreboard, though, I went back to ignoring its existence and the car still maintained respectable fuel efficiency.

Because the T-Roc is imported as a CBU, it also doesn’t have the speed-warning chimes at 80 kph and 120 kph that all new cars built in India do. After a few minutes behind the wheel of the T-Roc, you’ll realise just how much you don’t miss them. Right by the inside rear-view mirror sits a camera unit which spots the lane markings ahead and tries to keep you within the confines of your lane. When the markings are clear, the system works well, even guiding the car around gentle curves without much driver input. It’s not a lane-centering system, though, so you tend to bounce from one side of your lane to the other if you let the system take over the wheel. However, as with other similar systems which tend to violently jerk the steering wheel if it thinks you’re drifting out of your lane, this one very gently corrects you, with the feeling of bumping against an air cushion. As our lane markings get better, I think systems like this will see more use to reduce fatigue over longer drives.

When it comes to handling, the T-Roc most certainly holds its own. It’s not exceptionally light or agile, but it does offer great high-speed stability. The steering itself could do with a little more feel and feedback; the car responds well to inputs, it’s just that you don’t know what the front wheels are up to. The suspension is set up on the firmer side and it is slightly harsh over low-speed bumps. However, the ride gets smoother as the speeds increase.

Throughout this article, I’ve compared the T-Roc to cars like the Seltos and the Creta, but that is just to put the T-Roc in perspective. It doesn’t actually compete with these two cars. Yet. The upcoming Volkswagen Taigun will take the fight straight to those two Koreans, and until that goes on sale, the T-Roc is here to fill the gap and have some fun while at it. What I can tell you, though, is that the T-Roc is an extremely competent SUV that will put a smile on your face every time you look at it and cement that smile after a drive. Before I even got the test car, I saw a few customer cars out on the roads and thought that Volkswagen has a hit on its hands. With localisation and the associated savings, I think the T-Roc could take home a much bigger chunk of the market. 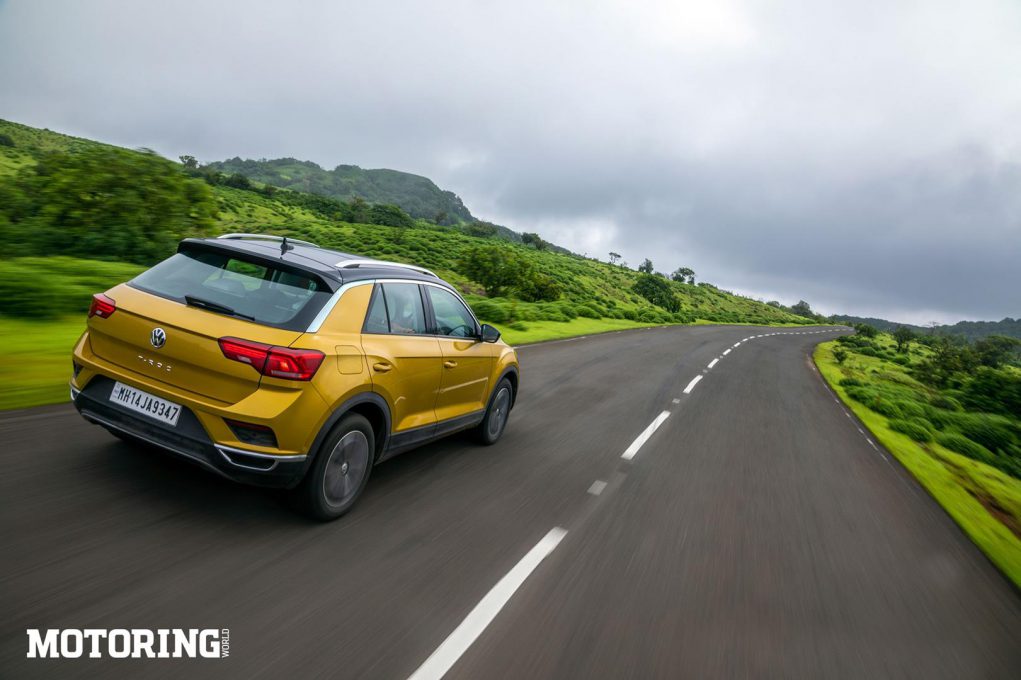