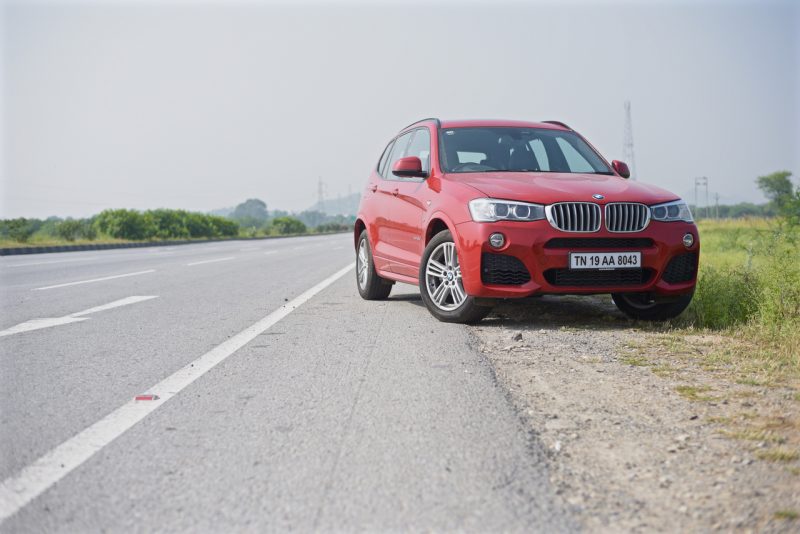 There’s no doubting the fact that childhood memories are the most instrumental in shaping one’s life. Because it’s only as a kid that you can enjoy the simple things in life, like the sound of a sonorous inline six, transmission whine in a touring car, and that tacho’s needle ricocheting off the redline. Unless you’re a grown up kid, like most of us car enthusiasts — writers and non-writers alike. The only difference in case of being a grown up is that you’re likely to relive those fantasies by adding a touch of practicality. Sounds simpler than it is, surely.

So when the time came to take a BMW of some kind on a journey that was more miles than smiles, I found myself at the same junction again. Childhood fantasies began fighting the realities that someone undergoing a quarter-life crisis faces — like trying to derive happiness (almost smugness) from driving press loaners. Which is exactly when the middle-ground was adopted: a BMW with its BMWness intact but not one that lights up at every actuation of the throttle pedal.

In the current line-up (the story was originally published in May 2017), that would certainly be the BMW X3 xDrive30d. Anything ending with a ’30d’ is a good start, isn’t it? Add all-wheel drive, and you address the need to be more realistic. An M Sport bodykit might not add to its practicality but the subtle approach means the X3 isn’t pretentious — although it manages to look half decent. That is surely a win-win, then. For both the target audience of this crossover SUV and the BMW representative trying to sell it.

For the one behind the wheel, though, there’s a 3-litre straight six engine a few millimetres ahead of the scuttle; an all-wheel drive system that promises to send up to 60 per cent of the power to the rear-runners; and a cabin which impeccably mixes old-school BMW styling with the modern-day amenities.  But even if all those weren’t present, and I were nitpicking like your usual motoring commentator, it would have been the engine taking up all the space I’m about to allocate it now.

It’s the mechanical equivalent of the smoothest ale you have had, but with a strong after-taste and character as, say, in London Pride. If you aren’t quite there with me on beers, the X3’s straight six has ample amount of power (255 bhp) and torque (57.1 kgm), and with the perfectly-synced ZF eight-speed gearbox, it makes progress smoother than Dean Stoneman in a road car. Watch the guy drive an R8 against a Ducati in one of evo’s old videos:

The progress is accompanied with a soundtrack that’s more pleasing than hair-raising, a rise in the speedometer needle that’s more worrying than satisfying, and no drop in grip levels — ever.

The latter, unless you’re on the absolute limit, can be blamed on the brilliant mechanical grip the BMW offers. Triple digit speeds have never felt so effortless — not even in a similar car that Dean Stoneman drove in the video. Yes, it’s that good! And shoot me at sight, if the idea of a straight six in a decent-handling road chassis doesn’t induce a thirst within that only donning the same overalls as Tim Harvey can quench. So what this one’s a diesel! The same chassis balance, thanks in part to the xDrive system, ensures that carrying speed into and out of corners is a doddle in the X3.

All this with Faithless relentlessly offering the backup symphony of the major hit Insomnia through the BMW’s Harman Kardon. Which is one of the finer things worth noticing about it, alongside the irreplaceable HUD, supportive seats, and the classic styling of the top-quality cabin. The way its M Sport kit adds to the looks of the X3 is beyond words, and beyond most onlookers’ sight as well. It’s far from loud, but it just transforms the front and rear of the vehicle and makes it look purposeful rather than bland as in case of the lesser 20d version.

At Rs 61 lakh, ex-showroom, it’s also beyond the reach of the average Tim who would have otherwise bought a boring Q5, a stylish but not as characterful Evoque, or even the outgoing XC60. But the average buyer doesn’t usually know the difference between a straight six and a flat one — blame him for the adoption of FWD on entry-level Beemers, please. And if you’ve somehow managed to patiently wait till the verdict, you are no average buyer. For that reason alone, you deserve to get yourself the X3 xDrive30d. The fact that it sits exactly where childhood fantasies meet the reality is just a value addition.

On the never-ending tarmac between Delhi and Rajasthan, the X3 was doing exactly what it’s made to do — cruising comfortably without even dropping a hint of its relentless ability to cover ground. Even in the mildest of settings, it didn’t feel overly laggy or slow to respond, and that made covering large distances all the more fun. What stood out for the X3, apart from the dynamics and engine, is that, it feels connected; not in a hot hatchback sort of a way, but adequate enough to inspire confidence.

There’s an updated version of the X3 coming, and given that the six-cylinder diesel engine thankfully isn’t as characterless as some of the fours on the market or as performance-focussed (but not useful elsewhere) as the larger units, it’s unlikely to be left out from the line-up. But don’t make that a reason to not buy one straight away. If you’re still looking for a reason, I’ll leave you with this: