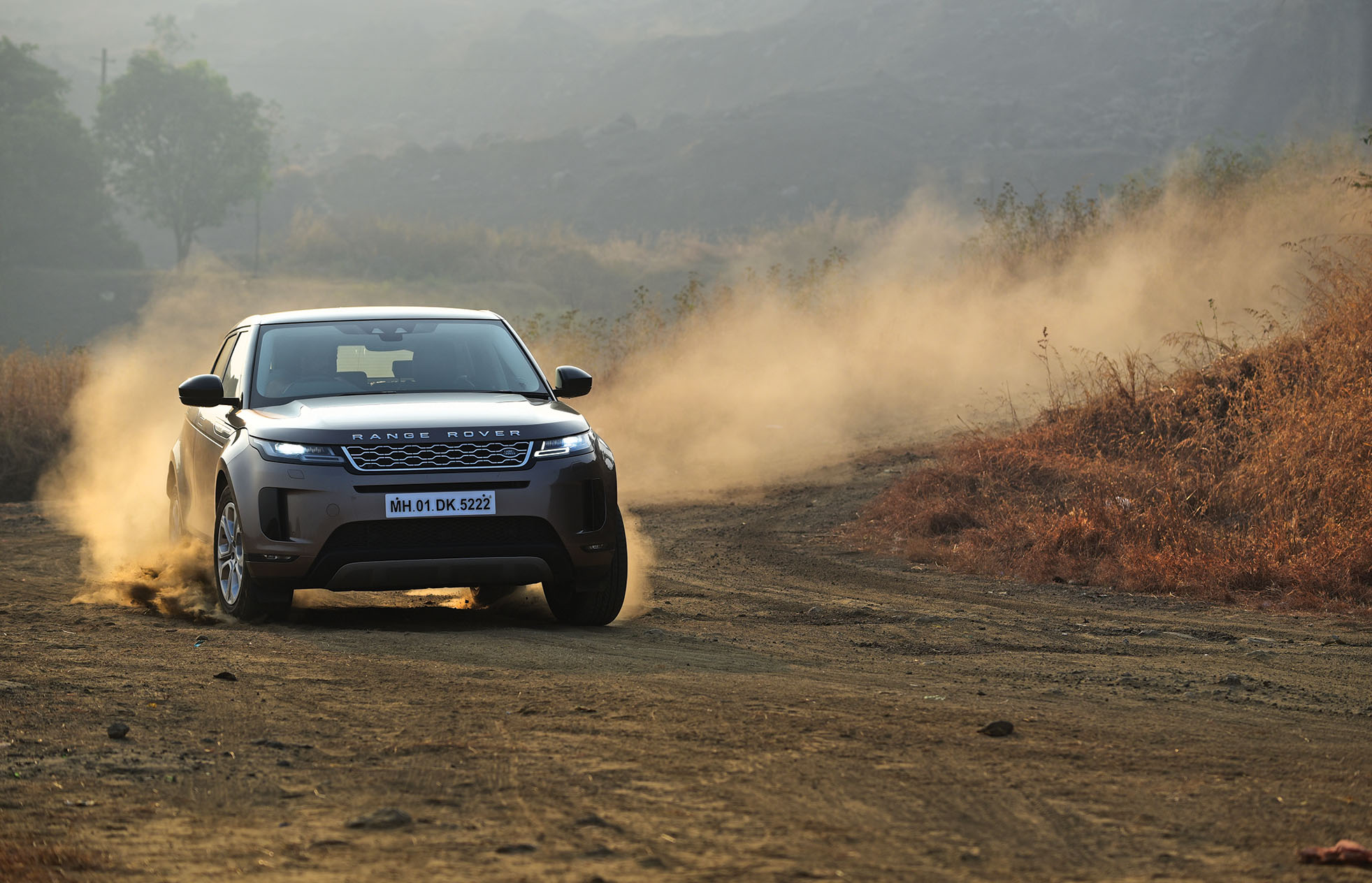 When the first-generation Range Rover Evoque came out, it was an absolute sensation — people would stop cars in the middle of the road to try and get a glimpse of the stunner from Coventry. For the second generation, though, the changes are more evolutionary rather than revolutionary, so it didn’t draw quite the reaction I was hoping for. No, traffic didn’t part to let me by nor did anyone stop just to take a look at the car.

It might not look very different compared to the outgoing car or its bigger brother, the Velar, for that matter, but rest assured it’s all new. In fact, Land Rover claims that only the door hinges of the original car are reused in the new car. It looks more like the original LRX concept than the original Evoque did, too. For starters, the door handles are now gone. I mean, they’re still there — you do need to pull on something to get the doors open, but they retract after you’re done with them, just like in the Velar.

From what I could gather, there is no way to make those handles pop out without actually pressing the unlock button on the remote, and there doesn’t seem to be a request sensor on the handles themselves. It also loses its wheel arch cladding giving it a sleeker overall appearance. LED matrix headlights and infinity-style tail-lights round out the noticeable differences. The car is also larger overall; it’s 11 mm longer, 6 mm wider and 14 mm taller than the outgoing model. Wheelbase is now longer by 21 mm, too. The new Evoque rides on Land Rover’s Premium Transverse Architecture platform which makes the car more rigid. So despite the added dimensions, the Evoque manages to retain its sporty,  agile character.

Enlarged dimensions translate into a roomier passenger compartment as well. Unlike the first-generation Evoque which felt slightly claustrophobic, the new one is both physically larger and also makes use of a full-length panoramic glass roof to make the cabin feel light and airy. The rear seats get some thoughtful touches like USB charging ports for all three rear-seat passengers and more headroom than its sloping roof would suggest. The rotary shift knob makes way for a more traditional gear stick, though it still returns to its original position after you select the gear you need.

The ‘S’ variant I drove had simple analogue gauges with a screen in the middle, but the R-Dynamic version gets a full-colour TFT display. Of course, every surface you touch is finished in full-grain leather and it feels very supple to the touch. One feature I really wish the Evoque had in the options list is cooled seats. Cars like the Kia Seltos offer them and they are an absolute boon in the summer, especially with the sun beating down on those leather seats through the glass roof.

Driving the Evoque is a little daunting at first; you can’t tell where the corners of the car are and though you can make use of the camera system to see what’s behind you, you’re on your own for figuring out how much space you have in front. Once on the move though, the car shrinks around you and any thoughts you had that this would be unwieldy melt away. At slower speeds, you can feel undulations and bumps, but as speeds pick up the Evoque actually manages to smooth out the ride considerably. 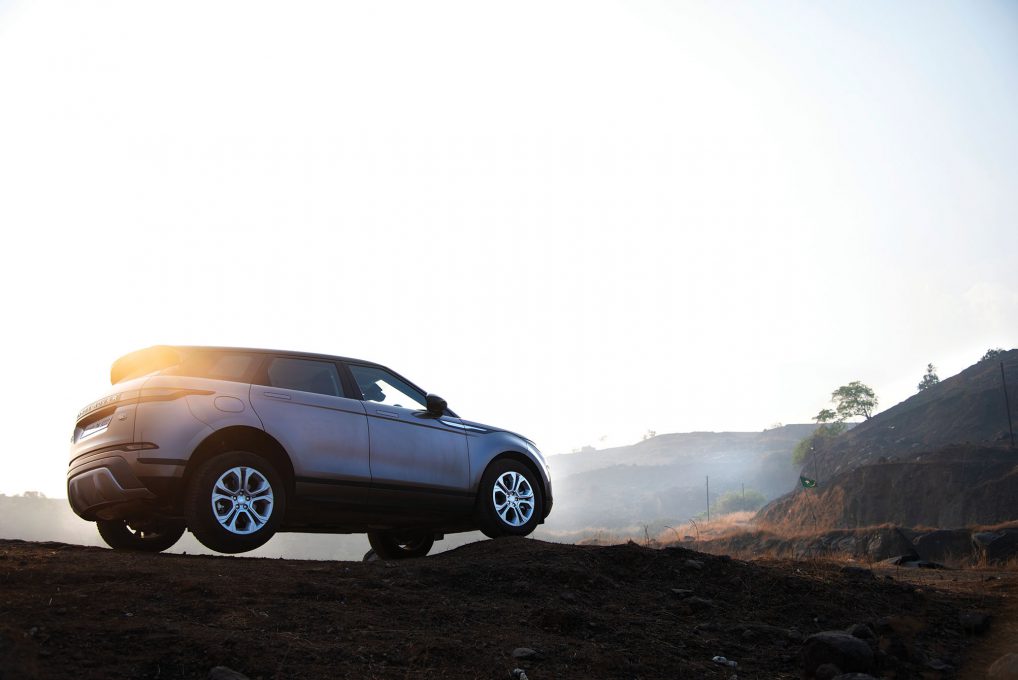 Like most SUVs these days, the Evoque has fantastic on-road manners and a well-weighted steering; corners are tackled without any noticeable body roll, inspiring confidence as the speeds rise. Another reason you’re very comfortable going fast in the Evoque is the confidence that the brilliant brakes will slow you down without any drama whatsoever. It’s actually so much fun on the road, you’d be forgiven for thinking this was just another soft-roader masquerading as an SUV. 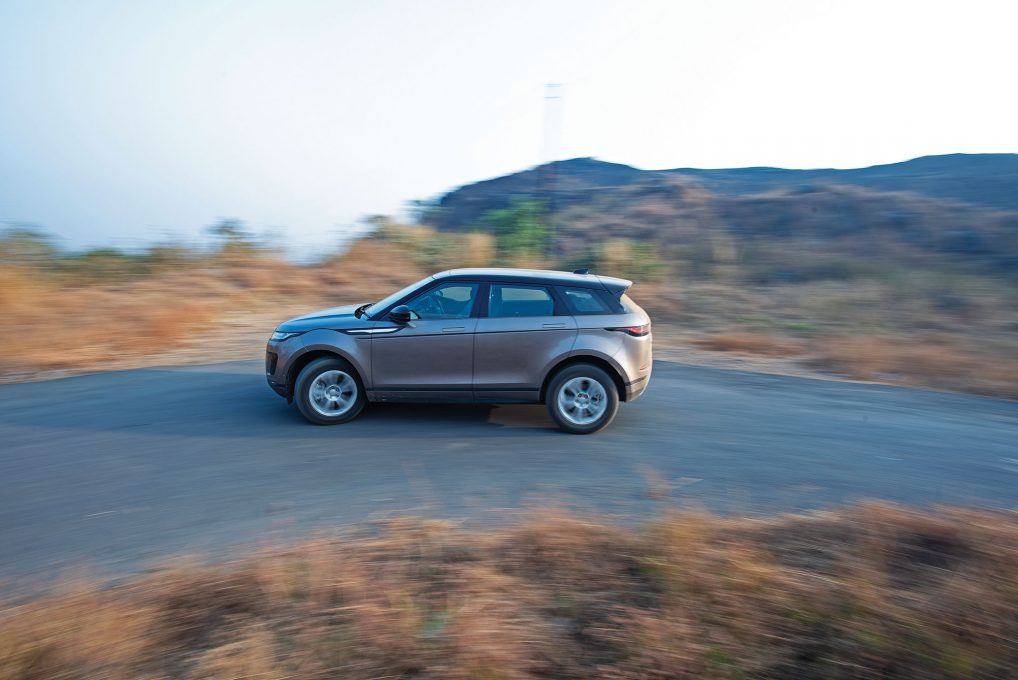 So, how does the second-generation Evoque compare to the original in terms of off-road ability? Because it’s longer, the breakover angle changes for the worse, but in all other respects the Evoque is a more capable machine now. Water wading depth is up to 600 mm from the original’s 500 mm, approach and departure angles increase by 3 and 0.6 degrees respectively, and Land Rover’s Terrain Response 2 system is always working in the background to keep you going forward (or backward) without dealing with individual differentials. The system has modes for sand, mud and ruts, snow, and gravel. But unless you are absolutely certain you need one of those modes, it’s best to leave the system in Auto and let it figure out how and where to send torque. The hill-descent control, which is essentially cruise control for going down steep inclines, has a nifty feature where it works in reverse as well, taking you slowly up an incline without any throttle or brake inputs.

The 2.0-litre variable-geometry turbo-diesel engine rounds out the package really well. It’s not the most powerful engine out there, but in its D180 guise, it makes 177 bhp and an impressive 43.8 kgm of torque. The variable-geometry turbo ensures there is practically no lag with great low-end throttle response, and as revs rise the engine continues to provide thrust as you near the redline. You won’t have to worry about keeping the engine on the boil because the 9-speed automatic does it for you. Even with nine ratios to choose from, it never stutters or gets confused. Sure, kickdown to a lower gear takes a moment or two, but you’ll hardly ever notice this gearbox silently working away in the background, which is a great thing in my book. If you’re itching for more power, there is also a 245-bhp petrol engine on offer. 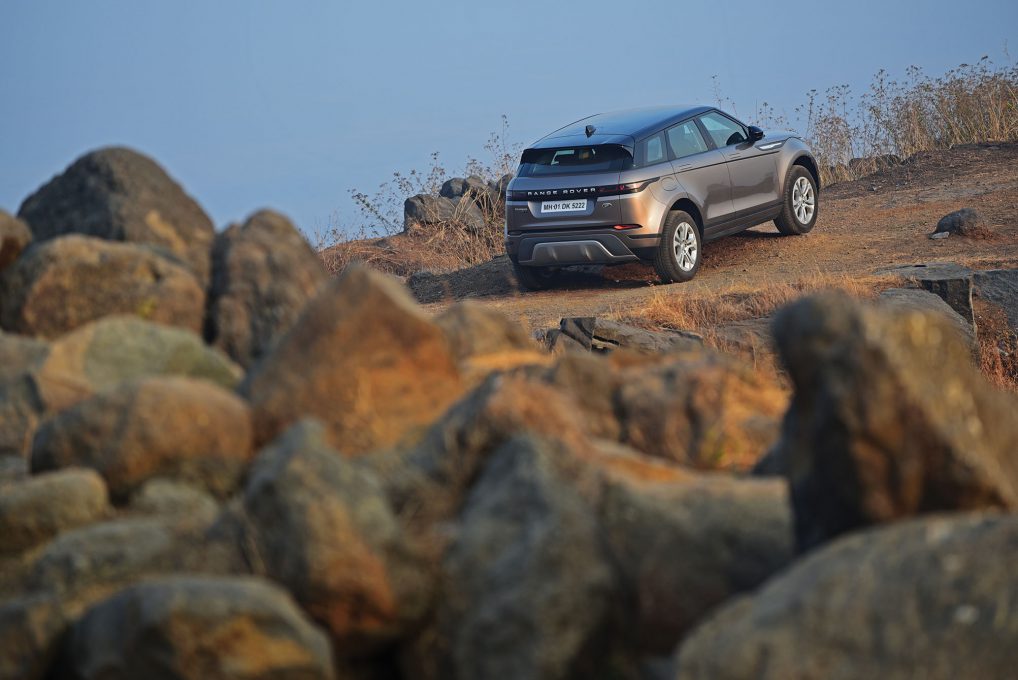 By the time you read this, the prices for the Evoque will already be out, and we expect it to be somewhere around Rs 50 lakh, ex-showroom. At that price, the Evoque goes up against cars like the BMW X3 which is a size up on the Evoque. It doesn’t matter, though, as the kind of person who buys an Evoque wouldn’t really consider any other car or SUV. For them, it’s not about interior space or the size of the car — it’s about the stunning design, fantastic off-road abilities, and most importantly, the way it drives. Because, yes, most Evoque owners drive themselves. There’s no point handing over the keys to a driver and missing out on the best part of the Evoque experience, right?