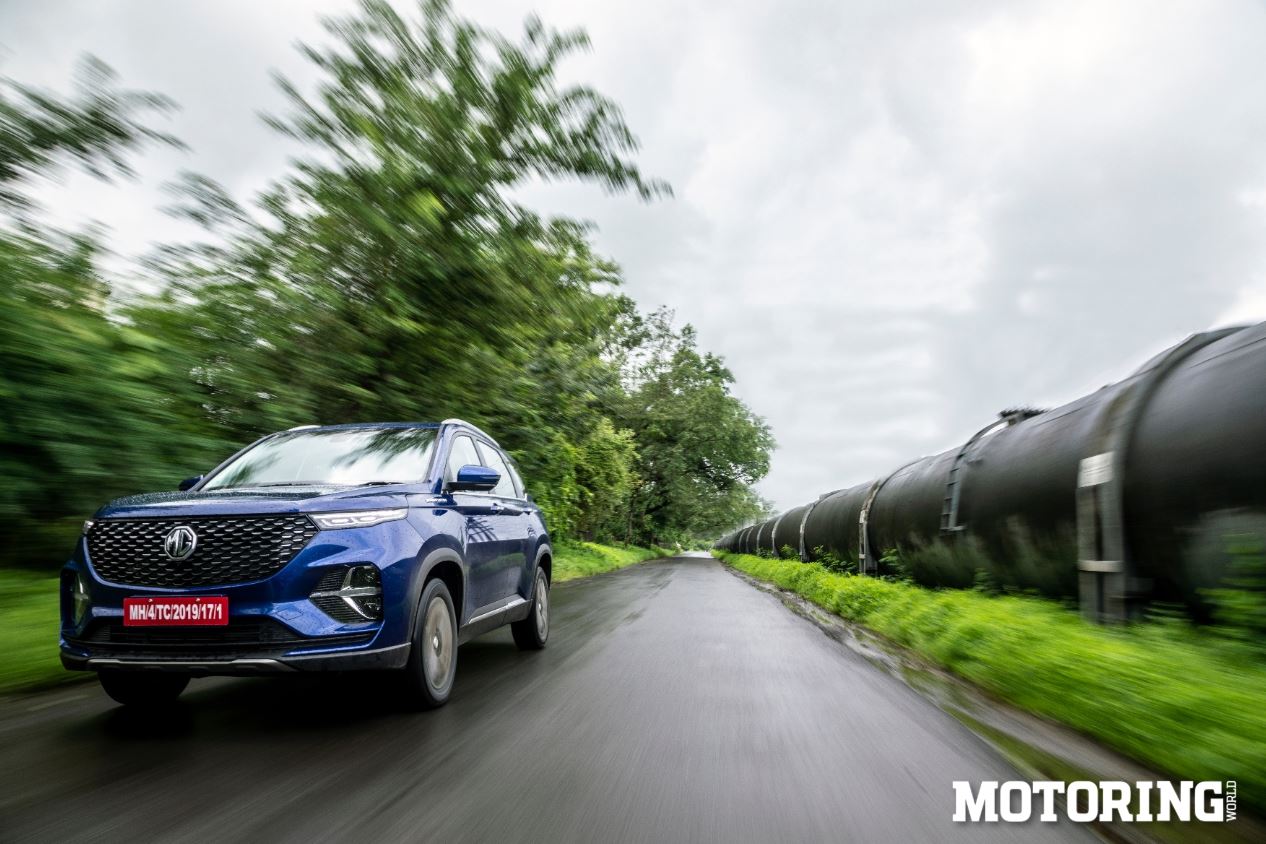 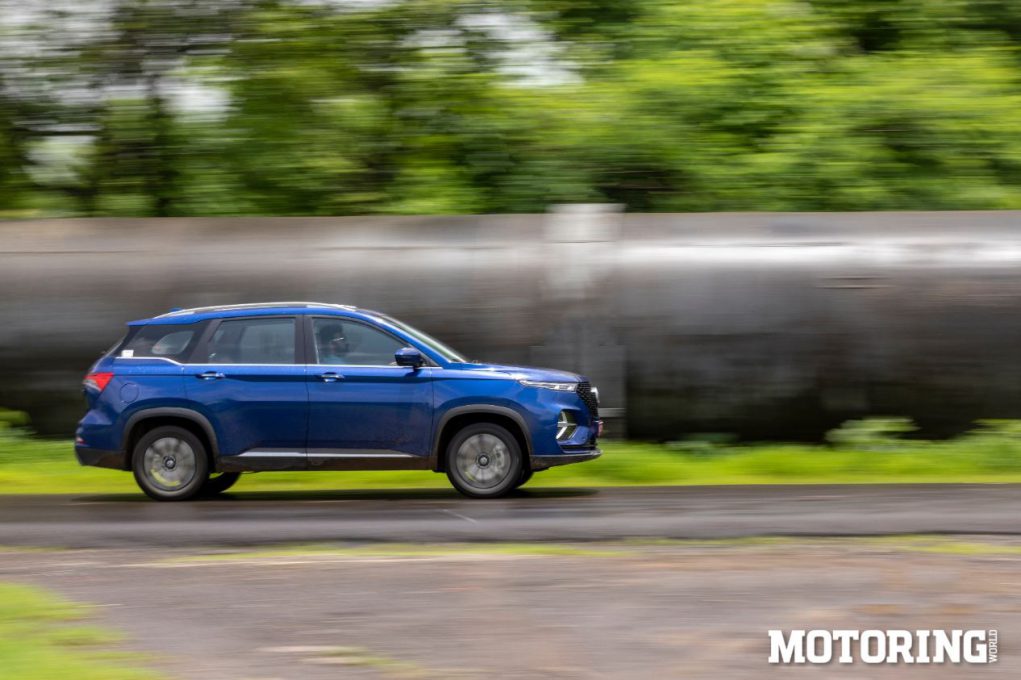 While I was driving the Hector Plus around, I noticed that it was getting a lot of attention, and I couldn’t quite figure out why. At first glance, it just looks like an oversized Hector, right? I guessed it had to be either of two things: people had recognized that I was driving a Chinese-owned company’s car (which, in today’s political climate, is a bit fraught) or they were impressed by its road presence. I’d like to believe it was the latter. 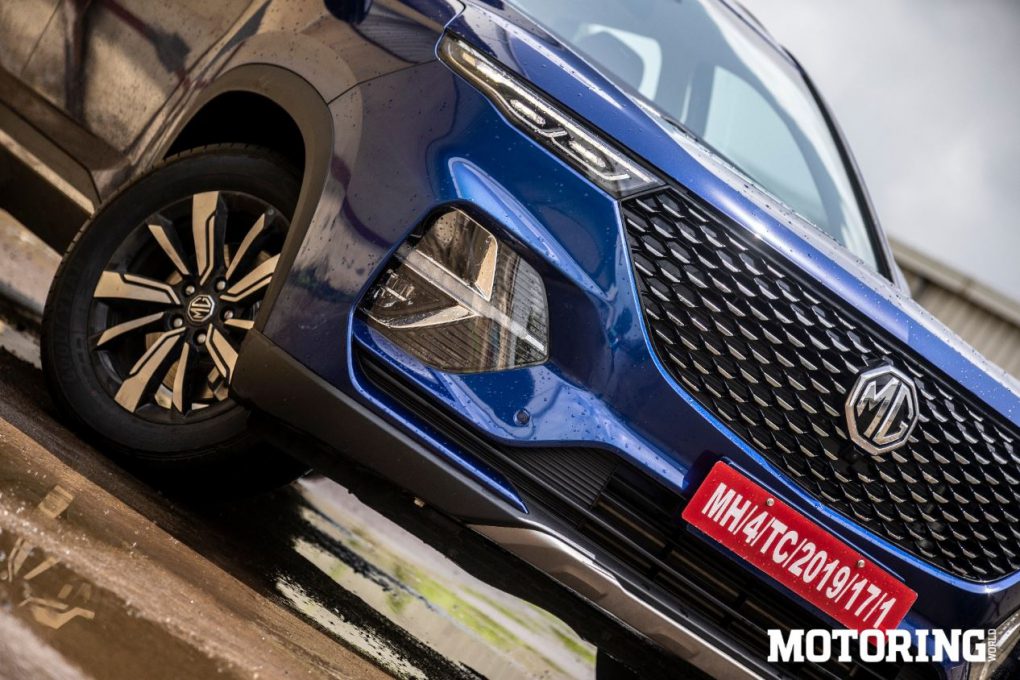 First things first – the Plus is 45mm longer than the ‘regular’ Hector, to accommodate the third row. Other than that, nothing else has changed as far as its dimensions are concerned. When you look at it head on, thankfully there’s no more unnecessary bling at the front as seen on the Hector – MG has removed all the chrome that surrounded the grille and the LED headlights as well. The only exception is the silver skid plate that sits right under the air vents at the front. Move around to the side and the chrome strip underlines the window, ending right before the D pillar ends; the strip matches the silver roof rails and the side cladding. Yet again, the Hector Plus has skipped leg day, by retaining its skinny 215/60 R17 tyres. 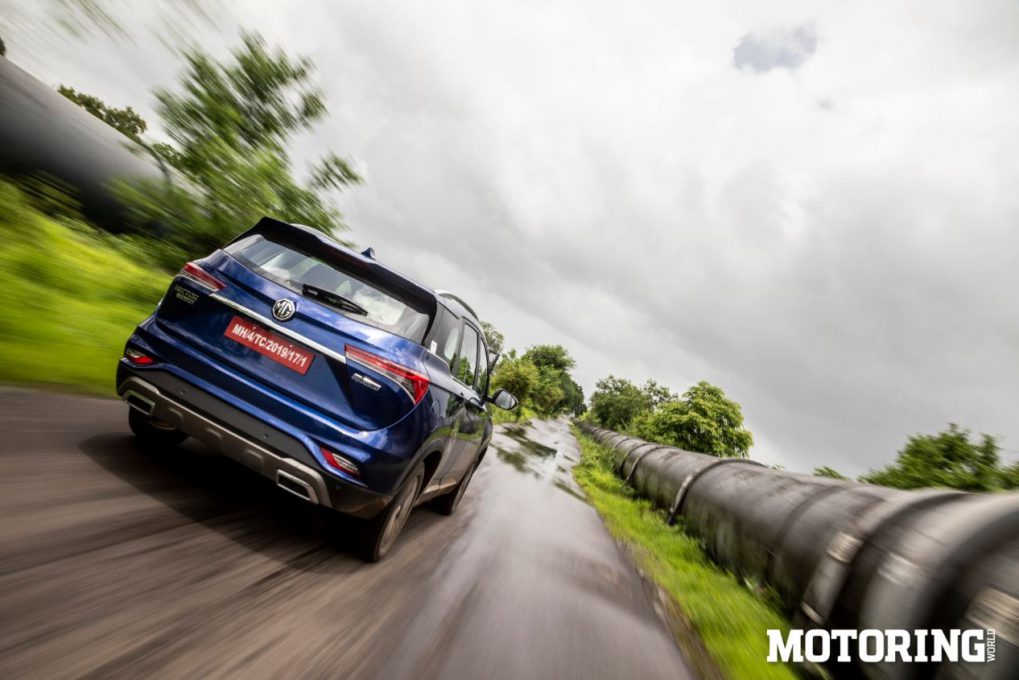 What’s to like about its redesigned rear end? You guessed it – less bling here, too. It’s now trying to strike a balance between minimalistic and extravagant. The tail light unibrow gets plucked out; they never seemed happy together, best for them to go their separate ways. Besides their removal, the rear bumper has been restyled with bits of plastic. Ultimately, it all depends on whether you prefer the Hector’s flashy appeal or the more subtle touches on the Hector Plus. Overall, I think the Plus looks more grown up. Oh, and did I mention that this new starry sky blue shade looks magnificent in-person? 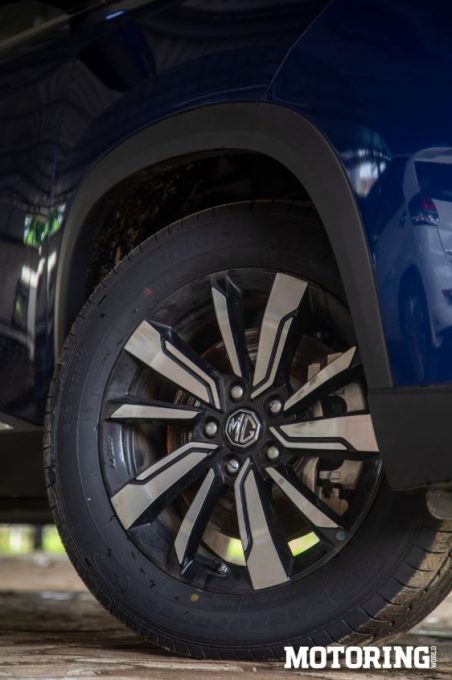 The cabin remains a reasonably pleasant place to be. Its interior now gets the new shade of brown for the seats and the dash. The highlight is still the huge infotainment screen, with no real addition of physical buttons, and the same instrument cluster, although it does take a while to get used to the counter-clockwise tachometer. The driver’s seat gets electrically adjustable controls, and most of the time you’ll be satisfied with your seating position; the seats are quite comfortable in the front row. If you are shorter than Kevin Hart, then the static front armrest might seem a bit far away from the gear lever. 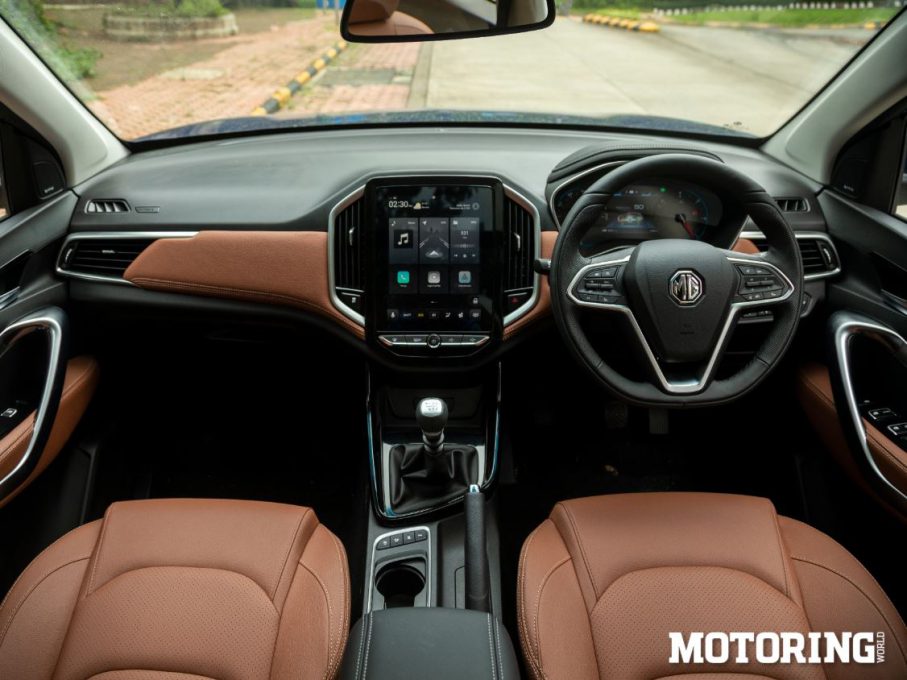 Ergonomically, everything sits in its place quite well, but one thing I still don’t understand is the placement of the ESP button towards the passenger’s side. Nobody would want the passenger accidentally touching the ESP button while they’re innocently trying to figure out the infotainment system, would they? An appropriate placement for it would have been somewhere near the driver’s right-hand side. 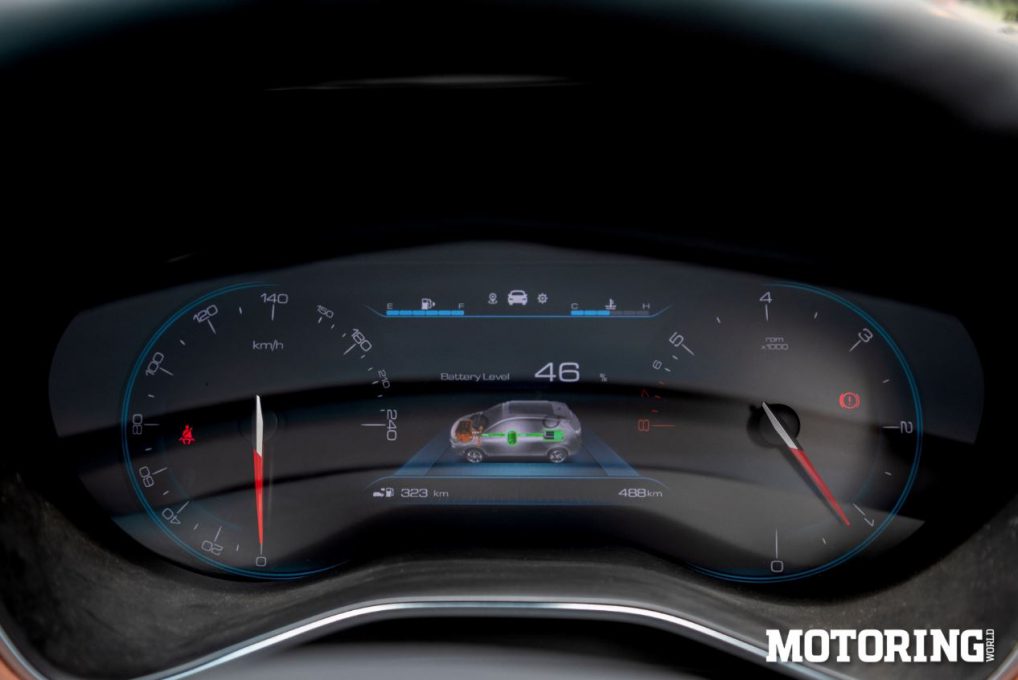 The fact that there are dedicated buttons to access the 360-degree camera and the parking sensor is a pleasing sight, considering there are very few physical buttons around. The touchscreen is now more responsive and didn’t lag as much as it used to earlier. The software updates in the future should be able to further iron out any niggles. 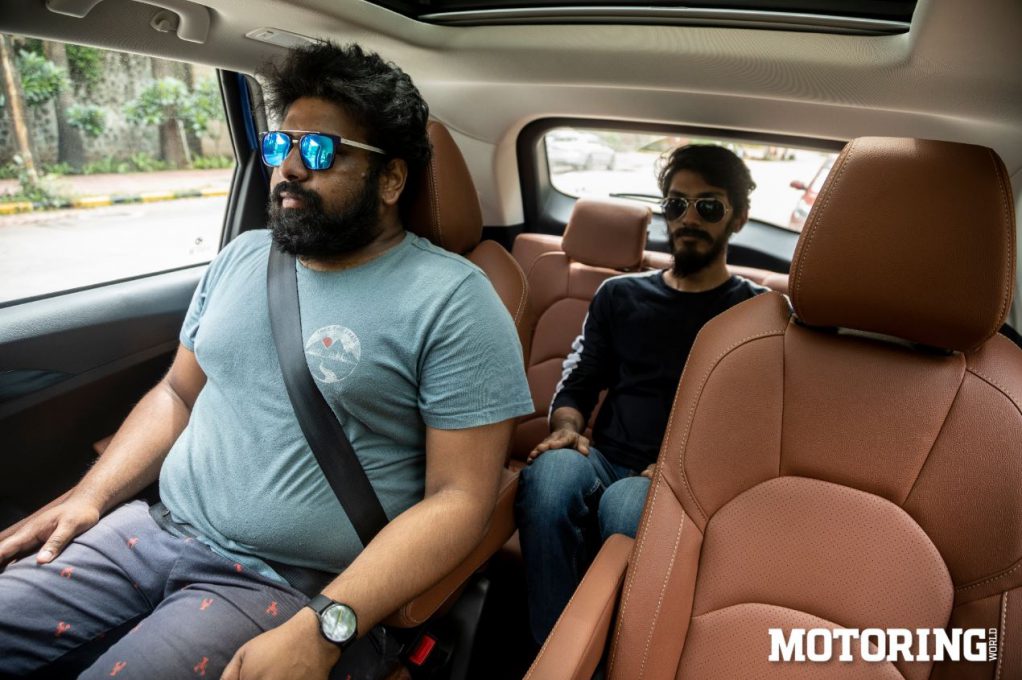 The second row now has captain seats on offer and not the bench that we see in the Hector; they’re reclinable and can be adjusted back and forth. Even with the driver’s seat fully extended backwards, there’s enough legroom. My only gripe with these seats is their lack of under-thigh support. Ignore this fact and you can stretch back and relax, as there are adjustable headrests on each seat. For long journeys, the flat floor can come in handy to place a backpack, as there’s enough space between the seats – but not quite enough for you to pass through to the third row of seats, which is frankly best left to children. To adjust the AC’s fan speed for the third row, you get a dedicated button, and of course, the AC’s main controls still lie at the front. You can get the voice assistant to change the temperature for you; just say, ‘Hello, MG’, and ask it to set a specific temperature, which it does quite quickly. The large windows and the panoramic sunroof ensure that the passengers are getting their daily dose of vitamin D, and there are enough sockets to charge a multitude of phones. 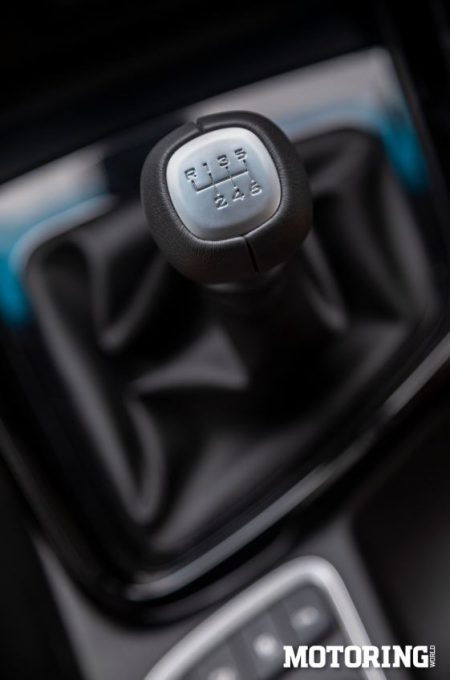 I drove the Hector Plus with the 1.5-litre turbo petrol engine with a 48V mild-hybrid system, which only comes with a 6-speed manual gearbox (there are a total of eight versions, with four trims/engine-gearbox combinations). For the purpose it is built for, the 141 bhp engine is adequate and picks up quite well off the line, too. However, power delivery beyond 80 kph does tail off, and there were times when I had to downshift to overtake slow-moving trucks. Around the corners, it continues to exhibit roll, and at triple-digit speeds without passengers and luggage on board, it does feel a bit skittish. The steering wheel is light and easy to use, but it doesn’t feel very accurate, although the brakes are on point. If you drive this thing sanely, there isn’t much to complain about, honestly. 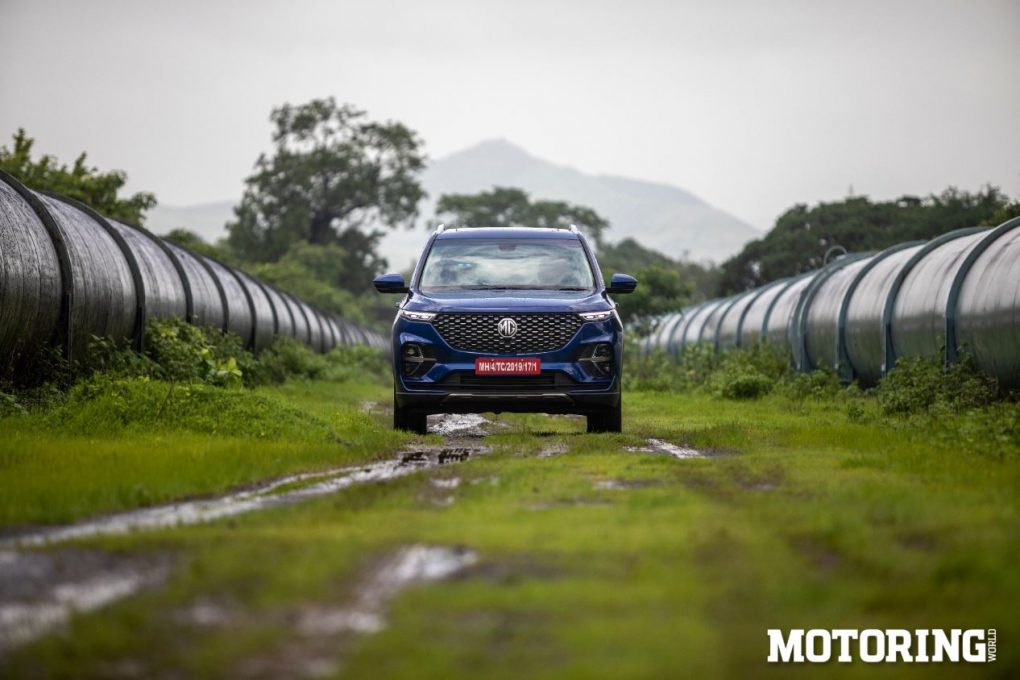 In the past, people have been very generous towards MG as a brand; at one point, it had to stop taking bookings for the Hector to meet existing demand. Since then, a lot has changed (Galwan, anyone?), and the Hector Plus does feel like an upgraded version of the Hector, albeit a small one. The introductory prices for the Hector Plus range between Rs 13.49 lakh to Rs 18.54 lakh (ex-showroom, to increase by roughly Rs 50,000 from 13th August), and taking all the changes into account along with the features on offer, it has very little competition. Could we see another Hector-like response for the Plus? Well, that depends on how mature the buyer has become and what the competition can come up with. 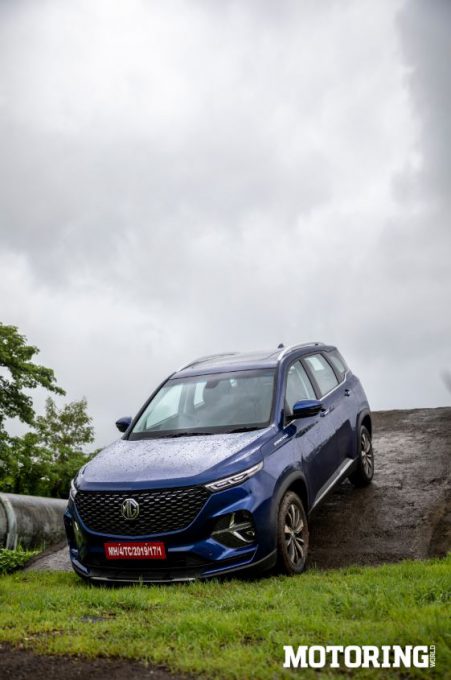