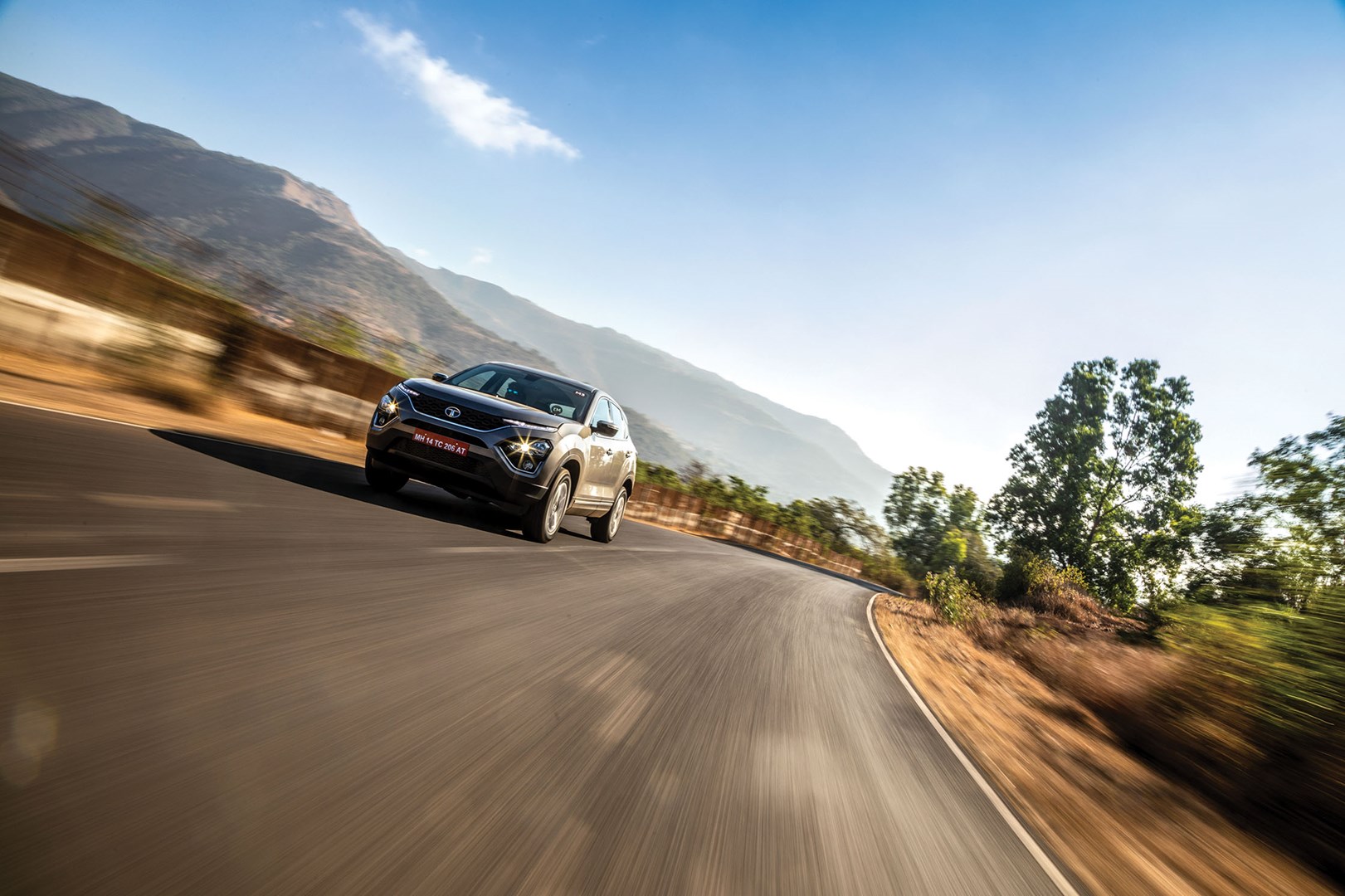 When we drove the Tata Harrier last year, our chief complaint was that it was lacking in power. That, and the absence of an automatic transmission in the line-up dampened the experience of one of the most competent cars in Tata’s range. Now, with the updated Harrier, Tata has addressed those issues and then some. To give you a quick recap, the Harrier is one of the first Tata models to borrow from the Land Rover side of the company. The OMEGARC architecture is based on Land Rover’s D8 architecture and even shares front suspension design with it, while the rear suspension was fettled by Lotus engineering. All of this may sound like marketing-speak, but even a short drive will tell you that the Harrier has some of the best on-road manners in its class.

The main changes to the Harrier, however, happen under the hood. With the Fiat-sourced 2.0-litre engine now making 168 bhp, it’s a healthy 30-bhp bump over the earlier car. Thanks to improved sound insulation and recalibration of the fuel injectors, engine noise in the cabin is a thing of the past, too. Then there is the new automatic transmission — a 6-speed torque-converter automatic sourced from Hyundai — which makes for a surprisingly good pairing. In traffic, where the clutch on the manual variant used to get tiring, the Harrier now makes effortless progress. Well, effortless until you have to steer, that is.

The hydraulic power steering is a little heavy at low speeds, but it improves significantly as speeds increase. The transmission metes out smooth shifts regardless of whether you’re cruising around or hurrying the Harrier on the highway. There is a manual mode if you want more control over the transmission, and it doesn’t shift up until you hit the redline, but I recommend just leaving it in Drive. The torque converter also helps smooth out the power delivery of the turbo-diesel by letting it stay on boost for longer. This combo is a definite win in my books!

Inside, you’ll be greeted by a bright and airy cabin, thanks to one of the largest panoramic sunroofs in the segment. The driver’s seat is now power adjustable, too, allowing you to get to the perfect seating position without much effort. If there’s one thing I’d love to have changed about the interior, though, it would be to get rid of the fiddly handbrake lever. If not an electronic parking brake, at least a more traditional lever would do wonders for the ergonomics. Apple CarPlay is available now on the infotainment system, but the full width of the display isn’t used, so you can’t take full advantage of the beautiful high-resolution screen. I’m really just nitpicking at this point, though. The fact is, the power bump was enough to make me like the Harrier. It already had many things going for it; its stunning design, roomy cabin and ability to flatten even the roughest stretches of road. The new powertrain combination just seals the deal.