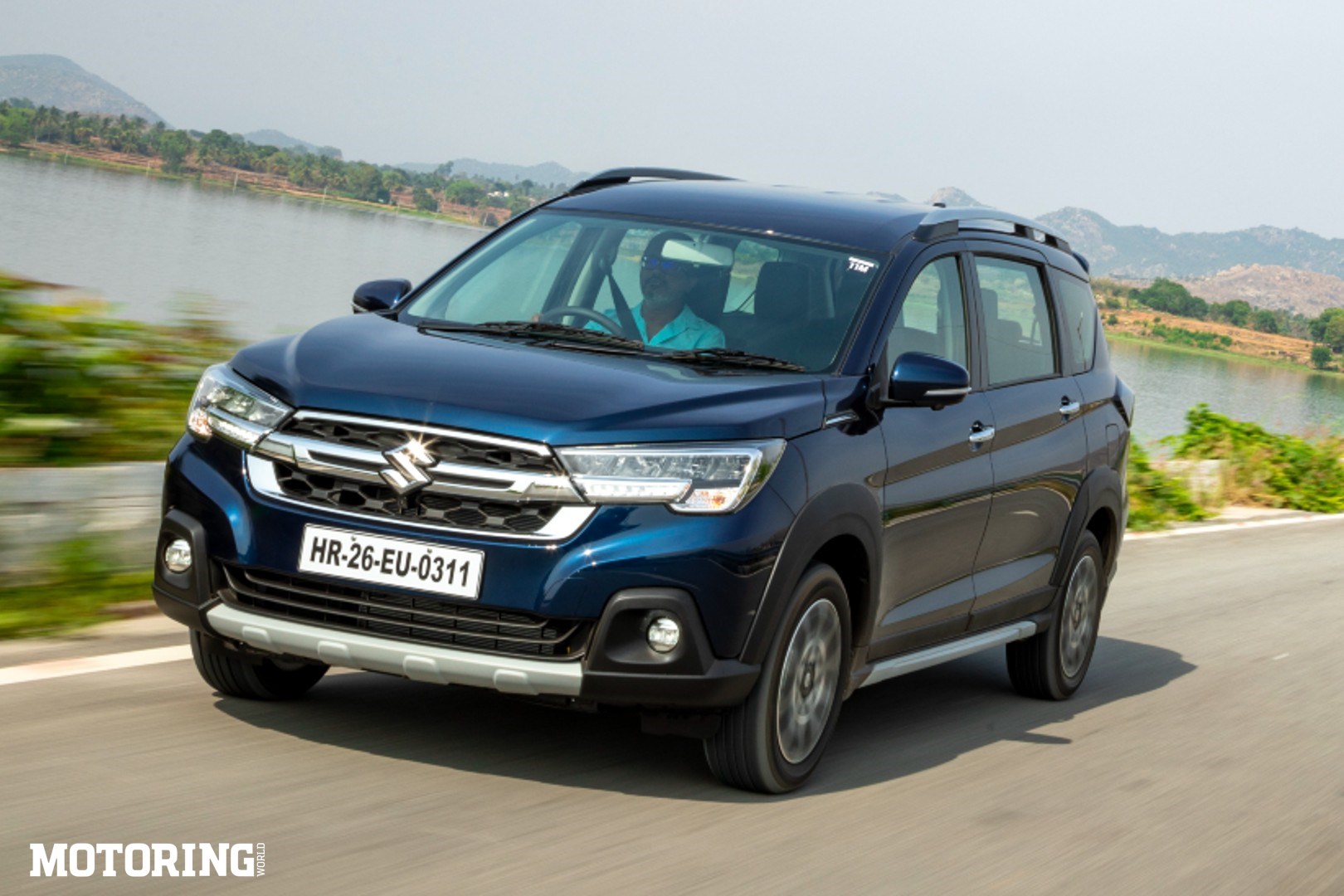 Most of the time between the previous-generation Maruti Suzuki XL6 and this newest one has passed in a pandemic-induced blur. When I heard about the new one, I thought, ‘Already?’ But of course, it’s been nearly three years since then, which is also the reason why I couldn’t remember what I thought about the first one. And so, I approached the new XL6 with more of an open mind than usual, promising myself that I’d look up the previous one’s specs and story when writing this. As it turns out, I shouldn’t have bothered. 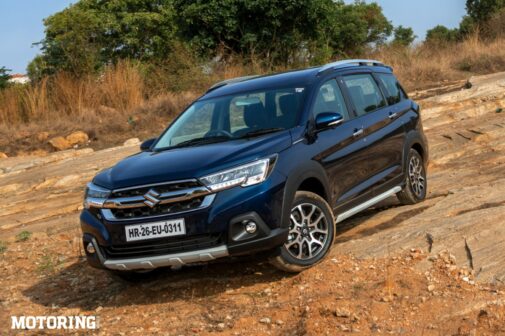 While there are a number of changes on the new XL6, they are more or less addressals of the first one’s shortcomings wrapped in new clothes. And quite the ensemble it is, too. The front end is entirely new, with LED headlamps and DRLs flanking an imposing grille. Blacked-out pillars let the roof ‘float’ above the rest of the car, while smoked-out tail-lights add their own cool factor to the XL6. And the fact that it all finally sits on 16-inch wheels means that the XL6 no longer looks like it skipped leg day at the gym. 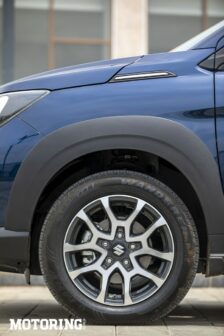 All in all, the XL6 gave me the distinct impression that it’s ready to be badged a Toyota, and I mean that in the best of ways. Also, the XL6 is the same length and width as before, but thanks to the upsized wheels, it stands 55 mm taller. And the manual and automatic versions are 20 kg and 35 kg heavier respectively. But do these changes really make a difference to the way the XL6 drives? 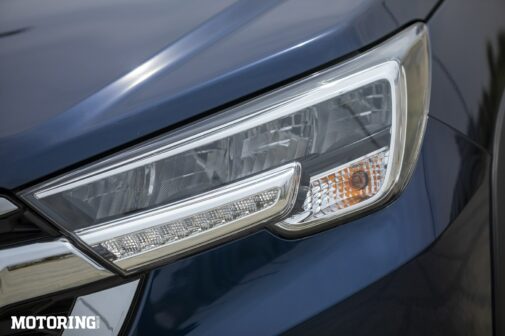 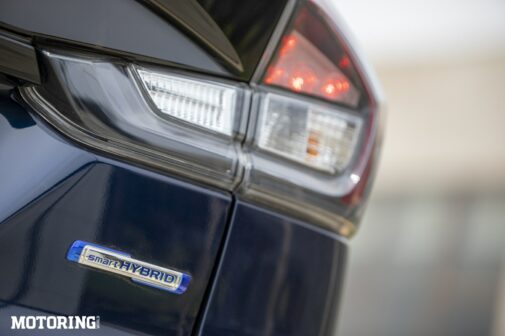 Under its hood, the 1462cc inline-four continues to do its duty but with a few key changes. The 5-speed manual marches on, while the automatic version now has two more cogs than the previous antiquated one. The K15C Smart Hybrid motor may make 1.6 bhp and 0.13 kgm less than before, but you’d need to be an exceptionally sensitive human dynamometer to tell the difference. With a shade over 100 bhp, the XL6 carries itself quite well, even if it now weighs more. It’s a typically Suzuki-smooth engine, so you’re never really bothered by it, even if you can hear it inside the cabin. 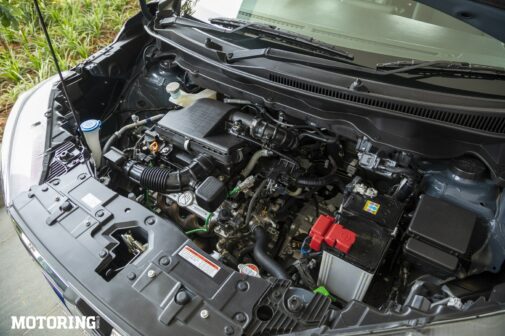 With an upgraded smart-hybrid system, Maruti claims 20.97 kpl and 20.27 kpl for the manual and the automatic respectively in ideal driving conditions. Which is to say, in a lab and not on real roads, and we’ll have the actual numbers for you once we drive the car on our everyday roads. The manual gearbox works well with its fuss-free shifting, though you do need to work it more if you’re in a hurry. Be lazy with it, and you’ll find traffic honking at you to get out of the way. The automatic, on the other hand, is a real winner. 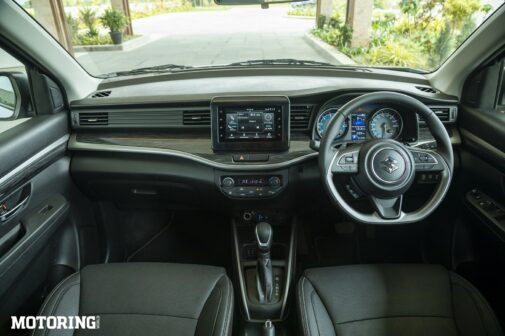 As has been proven time and again, paddle shifters are one of a boy racer’s dreams come true. And they’re hardly out of place even in a family MPV. Shifts through the paddles are quick enough, even though I wouldn’t call them lightning fast, and that’s okay. This is no Ferrari, after all. There’s also a dedicated manual mode which holds gears for as long as possible; I held second gear for longer than anyone should, and the gearbox didn’t shift up on its own at all. However, the manual mode’s slot is right at the bottom past D, and anyone used to automatics is going to pull the lever all the way down, only to be greeted by an engine unwilling to shift up on its own. All the way down and to the left, as it usually goes, should’ve been the shift pattern. 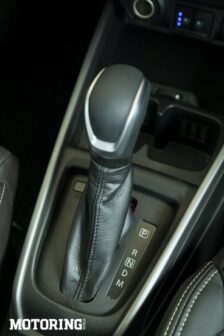 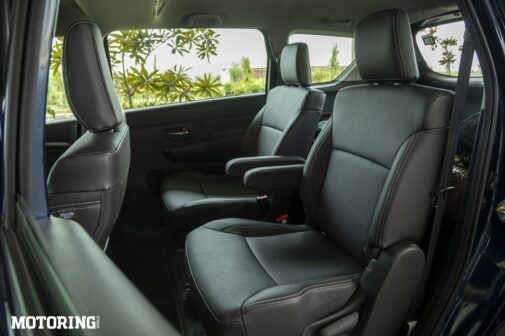 The bigger wheels continue to prove their worth when it comes to ride quality as well. The XL6 is now more comfortable than before, and rides with more authority, too. Our test drive took us mainly over highways and some back-road stretches, and the XL6 handled all of them without losing its cool. If anything, it actually egged us on to go faster, which is a surprise in a car like this, and also a possible fine via the number of speed cameras mushrooming all over the place. Steering feel is now a bit more substantial, but not so heavy that it gets tiring. And the brakes work well in all kinds of slowing-down scenarios, too, whether it’s in a parking spot or slamming them hard to save lives. 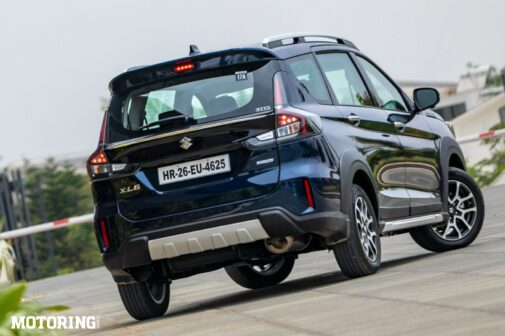 The XL6 gets full marks for its new looks, the automatic gearbox, its second-row captain seats, its comfort, and new features like the ventilated seats, tyre pressure monitoring system and the 360-degree parking camera. However, the all-black interior is a bit too dull, at least for my liking. And while the XL6’s exterior certainly looks premium, its inside somehow doesn’t; perhaps it’s the same old switches and dials that now add a bit of visual fatigue in the mind. The touchscreen, too, while it works well, could’ve been a bit bigger to go with the car’s overall presence. When it was first launched in 2019, the XL6’s cheapest model had an ex-showroom price under Rs 10 lakh, which is no longer the case. However, with meaningful upgrades over the regular Ertiga, the XL6 is now a better proposition as well. Now you may go back to reading the latest Jimny rumours on the Internet in peace.