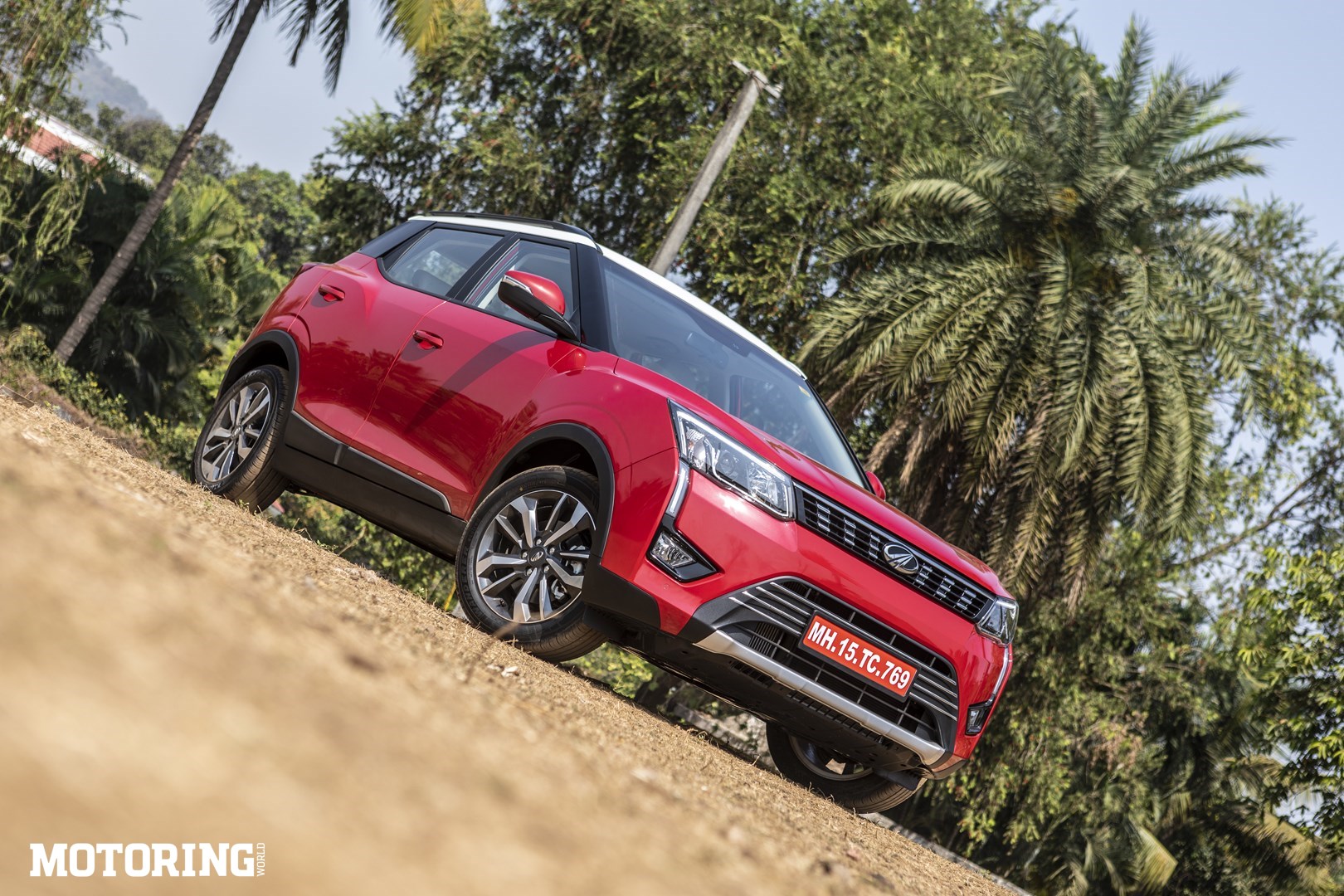 Of all the different segments in the Indian car market, the sub-4 metre SUV has witnessed a growing demand. This, in-turn, has resulted in fierce competition between manufacturers offering mini-SUVs with creature comforts and tech that have become the need of the hour. One such example is the ease of an automatic transmission. With more cars rolling on the streets with each passing day, driving through traffic has become an undeniable chore. That said, Mahindra had introduced a diesel AMT variant of the XUV300 shortly after launching the compact SUV which earlier was offered only with a manual ‘box. Now, gauging by the increasing preference for petrol automatics amongst buyers, Mahindra has filled the void by adding an AMT variant of the turbo-petrol XUV300. 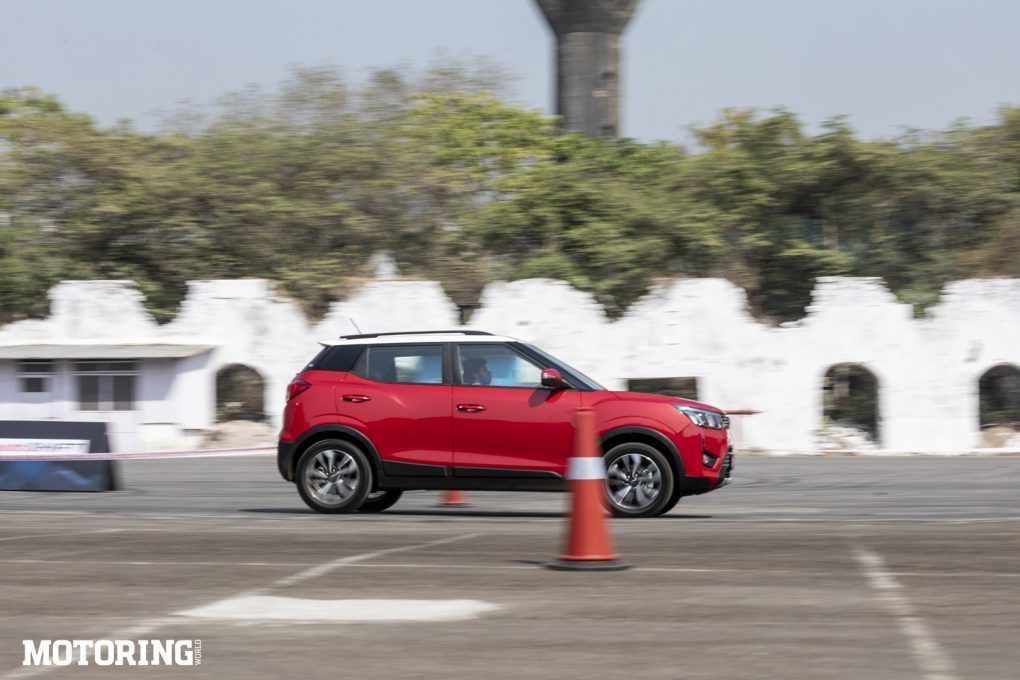 Is it a looker?
It is and always has been. Unlike other Mahindra cars that feature smooth and flowing lines, the XUV300 is a lot sharper with well-defined edges. While there are no changes to the exterior except the addition of the AutoShift badge on the tailgate, the flared wheel arches, sloping roofline, sleek headlamp with vertical LED strips and the unmistakable wide stance lend an imposing personality to the XUV300. 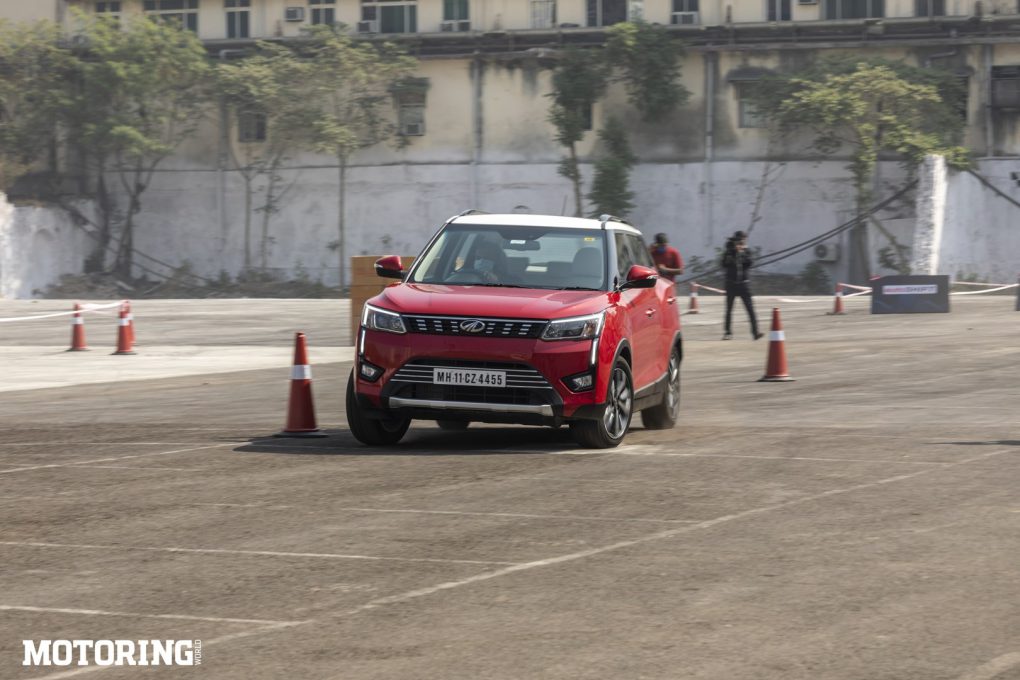 The interiors too also haven’t received any changes apart from the addition of the new BlueSense Plus suite of connectivity. The cabin still feels in sync with the current trend and remains welcoming to its occupants. The seats are well-cushioned while the side bolstering provides a snug feel. The variant that we were driving was the top-spec W8(O) with the AMT. The AMT is available on the W6 trim level as well. The former is packed to the brim with all the bells and whistles that you could ask for in a compact SUV. You get a dual-zone climate control system, rear parking camera, front parking sensors, Apple CarPlay and Android Auto connectivity, a sunroof and seven airbags in this variant. That itself says a lot about the manufacturer offering such premium features that are usually limited to more expensive vehicles.

What’s great about it?
The main purpose of an AMT is to strike out the annoyance of driving a manual in bumper-to-bumper traffic. All you are left to do is a tap dance with the brake and accelerator pedal that is more or less like child’s play. With abundant traffic around us on the bustling streets of Thane, the XUV300 was zen all the time while other motorists were found to be tooting their horn and slipping their clutch to nudge their vehicles ahead. In the XUV300, it was pretty much just one pedal operation and that was the brake pedal. That’s because the XUV300 comes with a creep function that gets the wheels rolling at a gradual speed from the moment the brake pedal is lifted. This feature is certainly a lifesaver in tight situations where one can dedicate all attention to the surroundings for safe clearance. 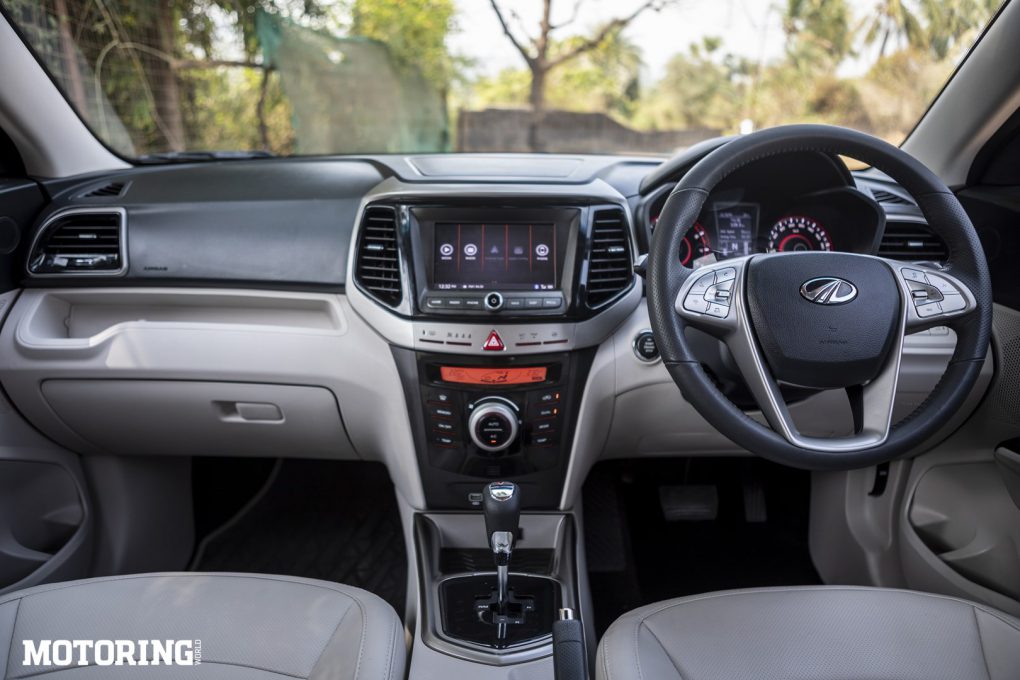 Besides that, Mahindra has also included Hill-Hold Assist function that allows one to take the foot off the brake and on to the accelerator pedal on inclined roads without the risk of rolling backwards. Similarly, when going downhill, with your foot off the throttle, the AMT doesn’t upshift but sticks to the lower gears to provide engine braking thus taking the load off the brakes. 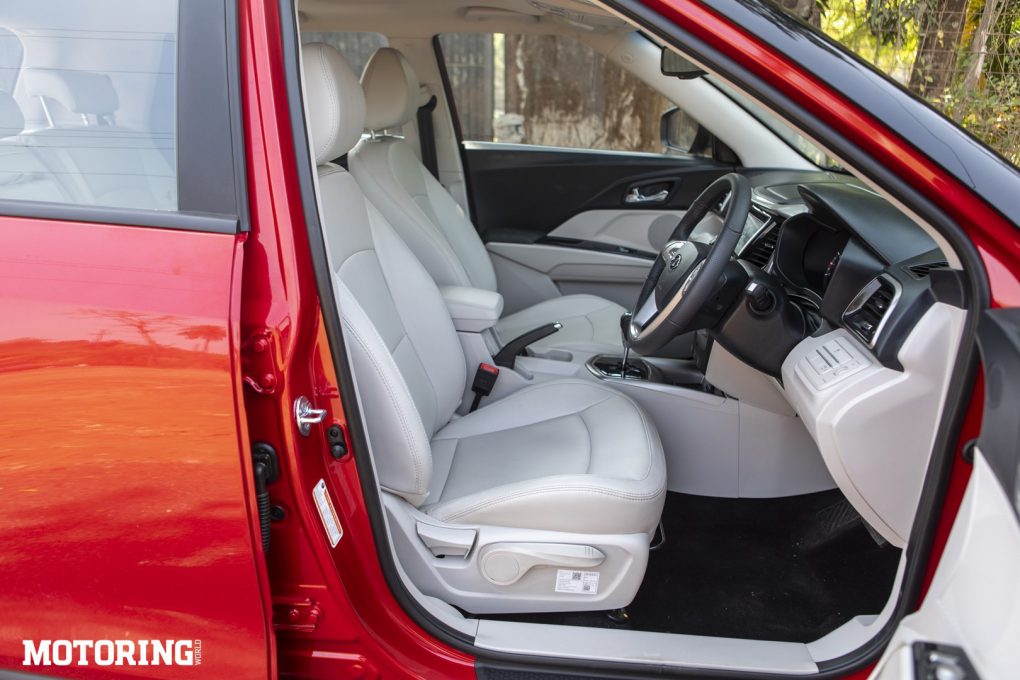 With the AMT part covered, the other update offered is Mahindra’s new BlueSense Plus connectivity. Debuting on the top-spec variants of XUV300 AMT, BlueSense offers around 40 connected car features to extend the abilities of this SUV. There’s live vehicle tracking with sharing, remote door lock/unlock, safety and security alerts, in-car control, remote control of features and functions, geofencing, vehicle information alerts, emergency assists and many more. 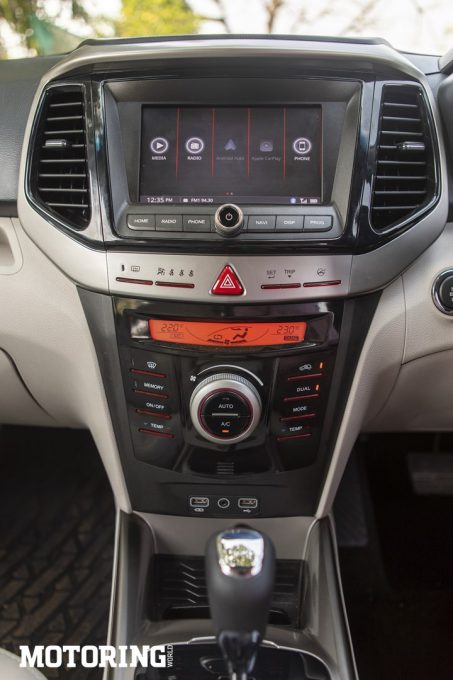 Once paired to a smartphone, the user experience though the app is pretty fluid and easy to operate. One of the interesting features that had grabbed my attention was remotely starting the car up to idle.

What’s not so great about it?
Now, an AMT is a more affordable and simplified option compared to a conventional torque converter. That said, AMT’s are characterised by the signature head nod that occurs during gearshifts. While it is most prevalent when the throttle is applied while shifting, by releasing it momentarily, the head nod can be ironed out significantly. However, what I did notice is that whenever I let the car move using the creep function, jerks could be felt as if the vehicle was trying to hop ahead instead of maintaining a consistent motion. Also, despite lifting off the accelerator pedal for smoother gear shifts, the overall time taken to carry out the gear change could have been a bit faster. 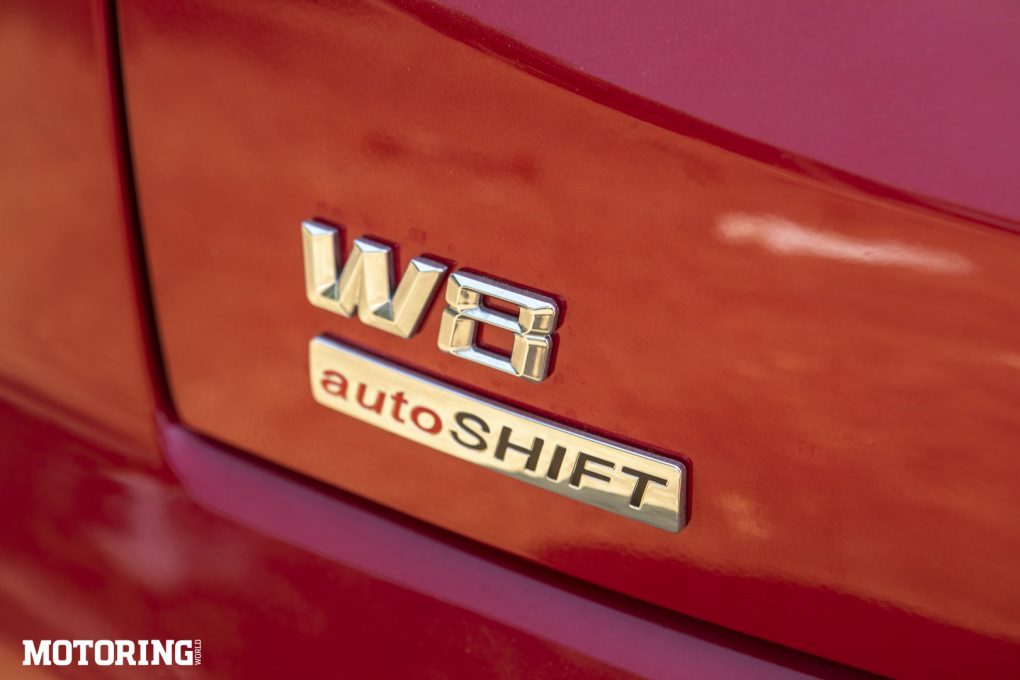 Speaking of gear changes, one of the intriguing bits about the XUV300’s AMT is its shift stick. Unlike other AMTs where the stick needs to be slid into designated slots, in the XUV300, the stick remains in the centre regardless of it being in drive, reverse or neutral. While this definitely takes a while to get accustomed with, I was left wanting better visual confirmation of which mode the transmission is currently in. 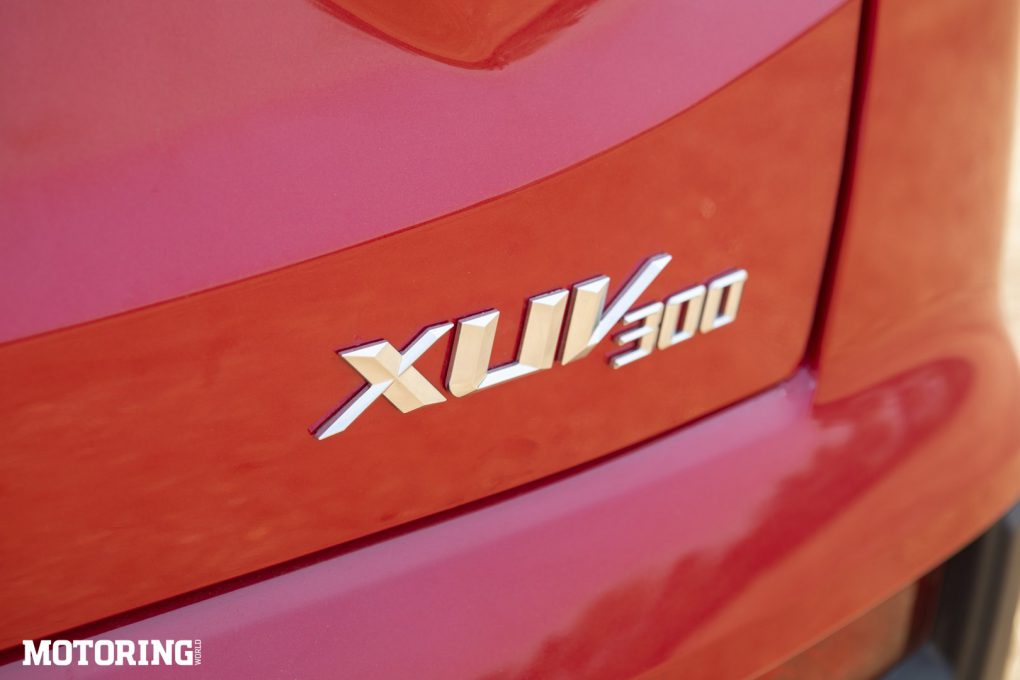 And the last word is?
The Mahindra XUV300, despite its capabilities and strong feature list, has always been recognised as a second or third preference when short-listing sub-4 metre SUVs. Although late to the party at offering an petrol-automatic when the competition is ruthless, the new variant is always a welcome addition in this lucrative segment. Overall, the XUV300 continues to be a fantastic car that is comfortable, poised, feature-loaded and most importantly one of the safest cars out there with a 5-star safety rating. 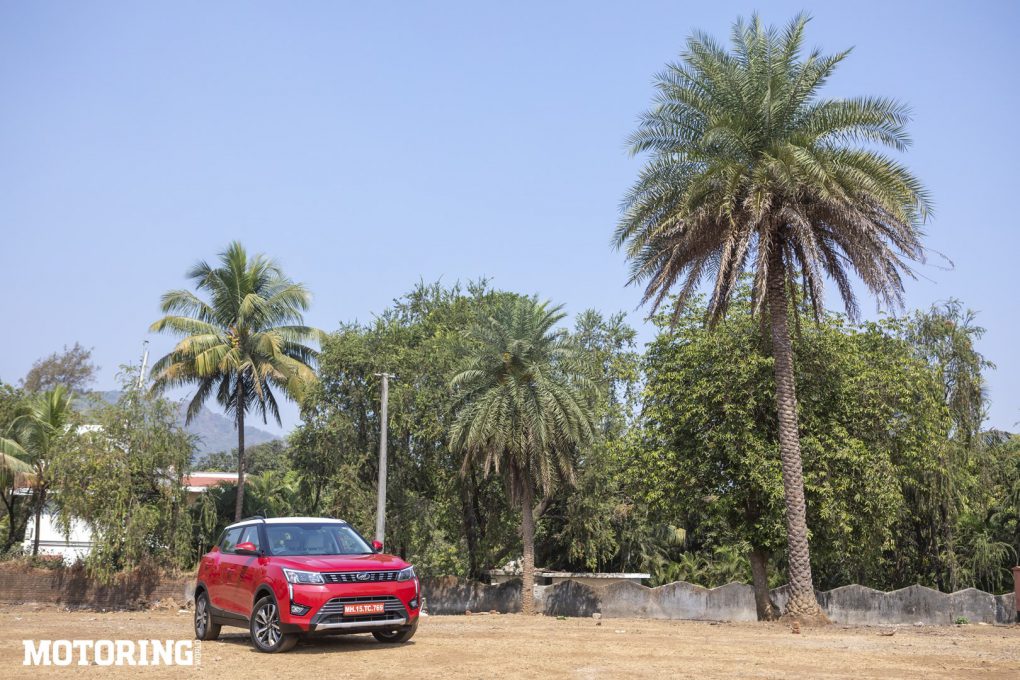