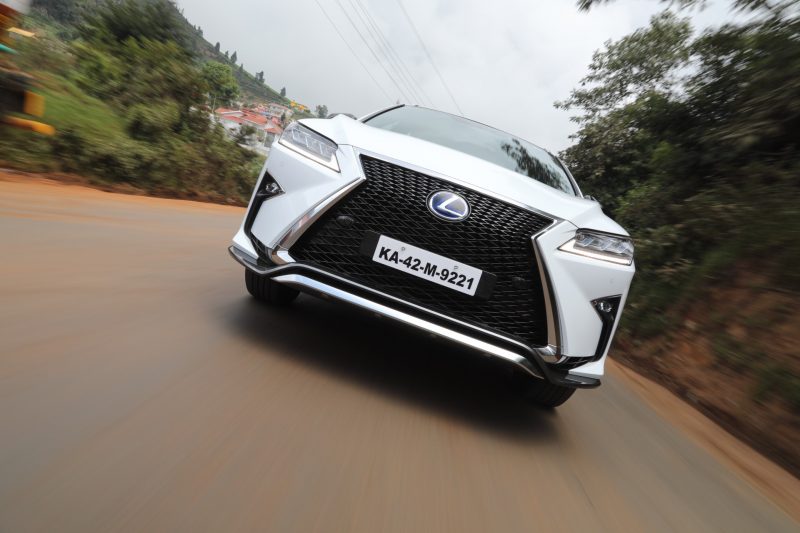 What’s in a name? A lot, if you’re the sort who pays attention. For as long as I can remember, Lexus has been a very recognisable name in India. Or at least in the city I grew up in, Mumbai. Bombay, as it was called then (and as I still refer to it), was still a decade or two away from becoming the mad blur it’s become now (except for the traffic, of course, which stands still in such high definition as to cut your retinas). And even then, I remember seeing imported cars with the ‘L’ logo and thinking, ‘Man, those things look special.’ And they were, seeing as they resided in the most well-heeled garages of the city. And for the past few years, that has begged just one question – why doesn’t Lexus come to India?

Well, now it has. A bit late, if you ask me, but I’m no one to talk about punctuality. ‘Fashionably late’ is the term, I believe. And to experience these examples of Japanese opulence, we were whisked away to Ooty, the hill station in the Nilgiri mountains. Presented with the sight of the three new Lexuses (Lexii?), it is easy to point fingers at them and say, ‘Oh, they’re just tarted-up Toyotas,’ and you may be right to some extent. But there’s more to it than that.

Given our cab ride from Coimbatore airport to Ooty, I was secretly hoping that the roads would magically widen overnight, so that I could drive the Lexii (yeah, that just sounds right) with some peace of mind. But on the morning of the drive, such a miracle had failed to arrive, and as luck would have it, I was pointed towards the biggest of them all – the LX 450d. I kept referring to it as the LC, given that it’s based on the hulking Toyota which happens to be one of my all-time favourites. But bystanding Lexus officials were quicker than top-fuel dragsters to point out that there are huge differences between the two. I think I agree with them. Mostly.

The LX does indeed share with the Land Cruiser the noble premise of earth-flattening luxury. However, I don’t remember the LC ever feeling this special. When it comes to its appearance, the LX is a study in visual paradox. It is massive, but its angular lines make you think you’re looking at a car that’s not as big as it is. Or perhaps it’s just that grille making the rest of the car look small. Lexus calls it a ‘spindle-shaped’ grille, a tribute to the handloom-beginnings of Toyota. Indeed, the L-shaped lines cover these cars wherever possible, offering a very Japanese and very dynamic visual presence. What’s surprising is that this is pulled off quite well on the gigantic LX, too. And that’s not the end of the surprises.

Roughly 30 seconds into the drive, I’m taken aback by how easy it is to thread this giant through sleepy-morning-Ooty traffic. And more than the 4461cc V8’s 261 bhp, it’s the 66.28 kgm waking them up into acknowledging the fact that life would be much better without being trampled upon by a 3350-kg monster. Make no mistake, the LX’s weight always made its presence felt, whether I was braking or going through bumps. Still, as big as the LX is, it was an even bigger surprise to notice that it wasn’t difficult to haul it through narrow mountain roads at all. It shrank around us like that bus from the Harry Potter books.

Fiddling around with the driving modes, I found that I liked it best in the sportiest of settings; the car felt nice and taut without leaning into (and shocking) oncoming traffic in corners. And all the while, I was sat in the lap of understated luxury, the Mark Levinson playing music of the highest quality and the ‘Climate Concierge’ (what a name!) maintaining optimal weather inside the huge cabin. There really are too many features to mention in this first impression, so you will have to wait until we get our hands on the LX for a proper full-blown story. Then, we will also be able to tell you how the massive number of off-road-centric features fare. Suffice it to say that I’m already looking forward to our next Slush Fest in a few months’ time.

After my brief stint in the LX, I was bundled into the ES 300h, or as others call it, the fancy Camry. Again, it’s not that simple. Not when the first road you drive it on is a crater-laden narrow stretch that hangs on to a tea-estate mountainside – and your first natural reaction is to drive it like a rally car. I don’t see a Camry doing that. Now, the ES is a hybrid and it’s first call of duty is to ensure that tree-huggers go quiet when it passes by. However, the mating of internal combustion and electric power also gives it a total power output of 202 bhp, and that number was pretty entertaining when my right foot insisted. It claims to accelerate to 100 kph in 8.5 seconds, a respectable number by any standard.

It also helped that the ES’s ride quality is quite brilliant and that enabled flying over bad stretches, while it still retained great composure around zillions of corners of every possible shape, size and camber. The ES is probably the most understated one here, though whenever the other two were not around, it looked quite good on its own. Tough family to be in, I suppose. But my problem with the ES is that it doesn’t quite feel as special as it ought to. Sure, it comes with a very well-crafted interior, but the lack of design flair on the inside is in stark contrast to the edgy exterior.

What didn’t disappoint, though, is the RX 450h, here in the F-Sport trim. Lexus will also sell you an RX 450h Luxury, but trust me you want the F-Sport if you’re one who always occupies the correct seat in a car – the one with the steering wheel facing it. It’s a pity that I drove the RX the least, since it had the best seats of the three Lexii and a g-force meter with which to test the side bolstering. However, that meter is also a bit pointless since if you’re looking at it in the middle of a corner taken hard, the assurance of your exit is likely to be most doubtful. It’s just that someone would stick such a thingamajig into a car that appeals to a driver, though. It sets the mood and then some.

Even though I kept insisting that I was piloting the wrong RX for these tight and twisty mountain roads (the ideal one was a blue RX-Z 5-speed), this was the sportiest car of the day. A 3456cc V6 that produces 308 bhp worth of propulsion is a great enabler in your quest to back that g-force meter up against a wall. And the RX is a package that feels tight and nimble, too, though I base most of this opinion after a short burst of freedom after being stuck for 5 km behind a bus moving at 20 kph. That chap should really look at getting his clutch overhauled. He should also realise that an impatient V6 lurching around in first gear is not good for the environment even if it happens to be a hybrid. Oh, we’ll talk about it in the full story at a later date.

Speaking of clutches, the ES and the RX both feature CVTs in the ‘transmission’ section of their spec sheets. Now, this is something I’ve actively disliked in any form of motorised transport in the past, but I really didn’t mind the units in these two. Maybe I was too occupied with surviving the carpet-bombing exercise that traffic tends to be in that part of the world, but perhaps it’s possible that CVTs have reached a point today where they are agreeable. Or maybe, finally, someone has figured out how to make them work without making me wanting to jump out of a moving car, sick of the monotonous drawn-out wail of a motor. If anyone could do it, it’d be Lexus.

You see, aside from debates over its plural form, Lexus is pretty much untouchable when it comes to what it does. Overall, it offers great design complemented with a vast array of features, and a chance to stand out from the crowd. That chance, however, comes at a hefty cost; on showroom floors in Delhi, the ES (Rs 55.27 lakh), the RX (Rs 1.09 crore) and the LX (Rs 2.32 crore) are spectacularly priced and I don’t mean that in a wallet-friendly way. Does that mean Lexus’s India mission has exploded on the launchpad? Lexus says that it’s not looking at numbers right now. And it’s pretty confident that it will move enough cars out of its showrooms to justify an assembly operation in the future. When? ‘We’re studying the market and the options,’ came the answer. Well, let’s wait and watch, then. We’re going to find out exactly how much is in a name.