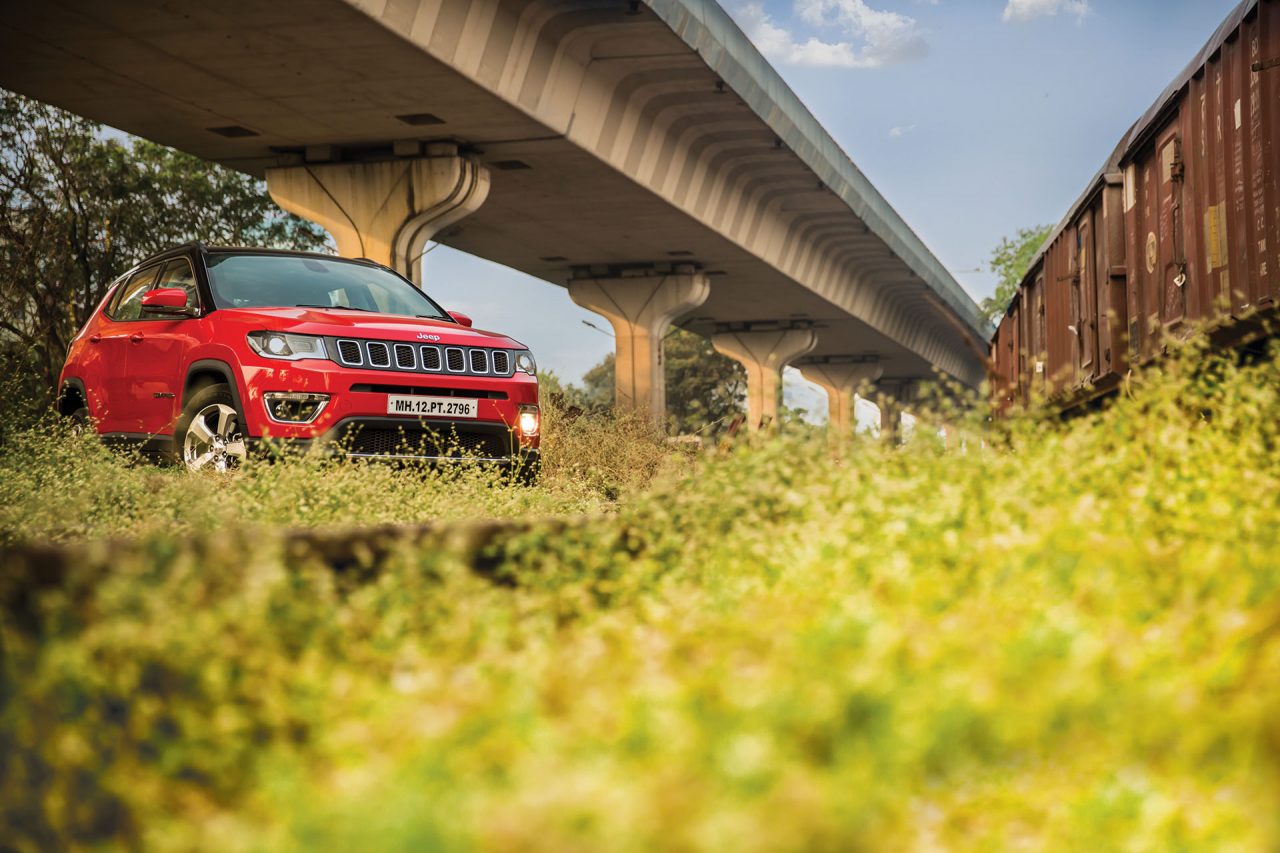 Take a diesel-powered SUV that can do the least amount of off-roading, be terrible at carrying pace, and it will still be called a worthy option in the market. You offer it with a petrol engine, and everything seems to go haywire. People begin questioning its off-road credentials, do an eye-roll when talked about performance, and never accept these as proper SUVs. The Jeep Compass (P), then, must be subjected to a ridiculous amount of type-casting, racial abuse, and worse, an eye-roll. Our quick drive in one paints a very different picture, though. 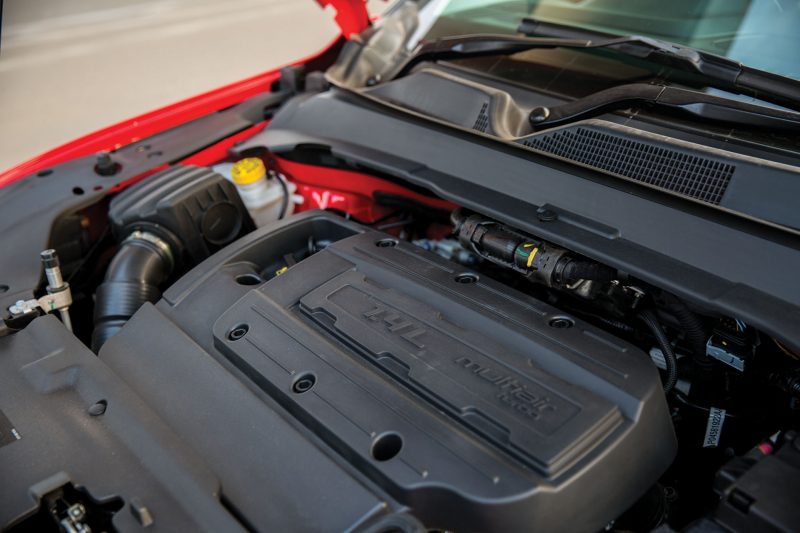 It took FCA some time to bring out a product that works so well with the masses, and the Compass proves to be worth the wait. The petrol-powered derivative that we’re talking about here, is even better. It’s powered by a 1.4-litre Multiair turbocharged petrol engine (160.7 bhp, 25.49 kgm), is FWD only, and comes with a dual-clutch, 7-speed automatic gearbox. Like the rest of the range, it gets disc brakes all around, multi-link suspension at the back, a 60-litre fuel tank, and Frequency Selective Damping. And then you have the almost-Grand-Cherokee-aping looks, an optional dual-tone styling, solid fit and finish, and a very likeable overall design. And while not much changes on the inside, except for the absence of mode-selector (found in the AWD diesel), it’s a nice place to be. As you would associate with any of its Jeep-branded siblings, the Compass feels ridiculously well-built for the most part. The door locks, for instance, make a reassuring sound that can put a vault to shame. 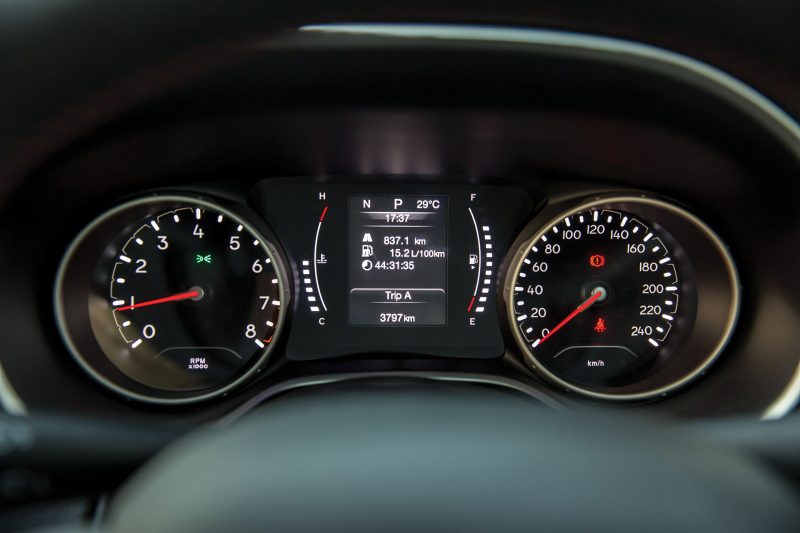 So the Compass certainly feels more than the sum of its parts. And the same is true once it’s on the move. The engine (which also was present in the Abarth Punto in markets abroad and on the Abarth versions of the 500) is a clear charmer. Despite being heavier than the cars it shares the engine with (FCA hasn’t disclosed the exact kerb weight of the Compass Petrol), it retains the urgency of a focussed hatchback. The gearbox is dual-clutch quick, if that’s what you want to know. The manual mode works equally well, too. The only negative I reckon is the steering, which although works well for most part, feels a bit disconnected. It’s okay considering the Compass is an SUV at the end of the day, but it fails to be as engaging as  the powertrain. 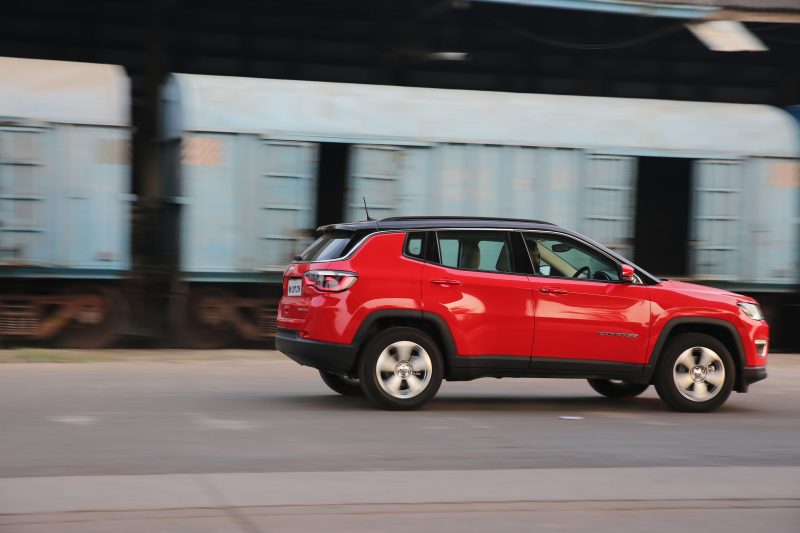 You can carry a decent amount of speed both in straight and corners, which is a good thing. It stays perfectly stable in both, which is even better. And when it comes to braking, it doesn’t disappoint, either, which as you may have guessed is the best part of it. Of the other ‘bests’ this car offers, I particularly appreciate that it doesn’t disengage the handbrake until you belt up. With that bit of consumer advice out of the way, let me also tell you that the Compass feels different from the usual SUV when it goes over bumps. It does not, in any way, appear to be on the brink of disintegrating, neither does it make its occupants sick with too much of lateral movement. 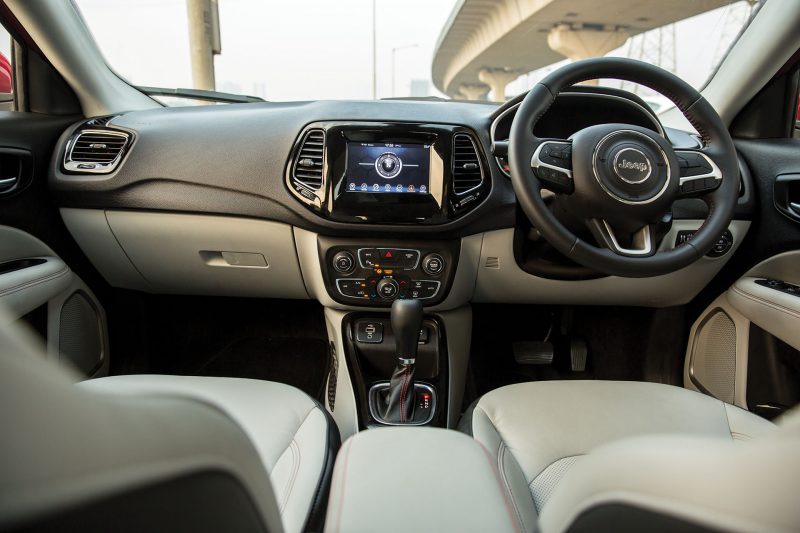 So, the petrol engine and a FWD layout hasn’t really caused any problem as far as everyday use is concerned. It certainly goes on to prove that we need to work on reducing our prejudices a bit. The Compass is a well-made, very likeable SUV. And irrespective of the engine or drivetrain you choose, the vehicle will be a  good purchase.