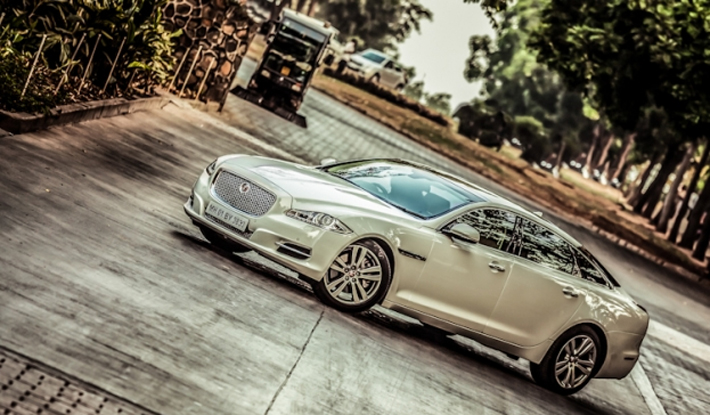 Big vehicles need big engines to provide big power to shift their big weight. That’s been the logic for over a century – there has been no replacement for displacement. Until now, with the advent of turbocharging, tightening emissions and hybrid drivetrains. We all thought that the announcement of four-cylinder-powered oversize sedans was pretty much the end of the world, but I’m suddenly presented with the four-cylinder, two-litre Jaguar XJ.
I don’t know what to make of it. Here is one of the largest sedans on the planet, and it’s got an engine that is a Pulsar’s displacement away from a Corolla’s engine. It does have an eight-speed gearbox, though, so the result might not be as bad as I imagine it to be. The figures aren’t as basic as the displacement or the number of cylinders, though: there’s a healthy 237 bhp and 34.7 kgm available, and the company claims it can sprint to 100 kph in 7.5 seconds and on to a top speed of 241 kph. Those figures can make anyone feel a whole lot better, and in I hop and off I go.

The first thing you notice while driving around in an XJ is the sheer number of admiring looks it gets. This is most surprising, because this design was revealed way back in 2009, and the competition has had time to come up with more up-to-date designs than the XJ’s. Despite the six-year gap between launch and this car, it remains the best-looking car in the segment by a country mile. I’m not too fond of the all-chrome grille (too American for my taste) and the too-tiny headlamps, but move to the side and the large rims give it wonderful concept-car proportions. The best view is from the back, however, with the steeply angled, blacked-out C-pillar and the controversial vertical ‘cat’s claws’ tail lamps lending it a lot of character. It still looks like nothing else on the road, including other Jaguars, and it doesn’t get much more exclusive than that.

The difference in design is carried over to the inside. Step inside, and the word that springs to mind is ‘different’. The current Mercedes S-Class also manages to do this, but the Jaguar has an effortless elegance that’s hard to fault. Notice the wraparound wood at the top of the dashboard that makes you feel like you’re on a yacht rather than in a car. The steering wheel offers a wood rim, which can get slippery with sweaty palms; then again, suave Jaguar drivers don’t sweat. Ever. There’s a host of features on the car’s interior, like massaging rear seats with electrical adjustment, four-zone climate control, a rear entertainment system, and a touchscreen audio system in the front that doesn’t have great resolution, but it is the two-way screen that allows the driver to see sat-nav information while the passenger watches a movie. The audio system is a Meridian system with impressive DSP that can make regular stereo sound like surround sound.

The XJ doesn’t have the best headroom or legroom in the rear of the segment, thanks to the exterior styling, but only an NBA center would be uncomfortable in the back.

India gets the rear-drive version of the 2.0-litre engine mated to an eight-speed gearbox. The 237 bhp/ 34.7 kgm figure isn’t very much, but out on the highway it is enough to get past most traffic. Oddly enough, where the 2.0-litre engine feels uncomfortable is in the city. While driving along calmly, the engine upshifts at 2000rpm, before the turbocharger can actually do much work, and therefore consumes less fuel. Prod the throttle to make up that open space, though, and there’s a hesitation while the gearbox decides whether a downshift is necessary. This was never a problem before because of the ample amounts of torque available to larger displacement and more cylinders. And when the gearbox drops that gear, it lands the engine right in its torque peak, at 2000-odd rpm, and the XJ surges forth with more gusto than intended. This can get annoying after a while. There are no jerks, mind, it’s just that the car doesn’t seem to translate the movement of the driver’s right foot perfectly, and is the only fly in the ointment.

Those large rims don’t bode well for ride quality, but the XJ rides really very well on all but the largest bumps. It handles the best of the lot, too, because of the low-profile tyres and dual anti-roll bars. It needs smoothness and respect for its size and mass, as does any of the competition, but it seems to shrink around you when you start driving quickly. The brakes are more than up to the task, with great bite and progression, and the paddles behind the wheel or ‘S’ mode help the gearbox stay in the correct gear when you’re feeling frisky. There’s even a mode to allow the XJ to achieve that 7.5-second run to 100 kph.

It doesn’t feel like it a declawed great cat, thankfully, even though it has a small engine. If you’re the kind of person who needs ultimate comfort on a short city commute, the Rs 96 lakh ex-showroom price will save you a pretty packet over the competition. If, however, you’re the kind of person who wants to buy an XJ because you want to drive it, you’re better off with a larger engine. There’s not always a replacement for displacement, after all.