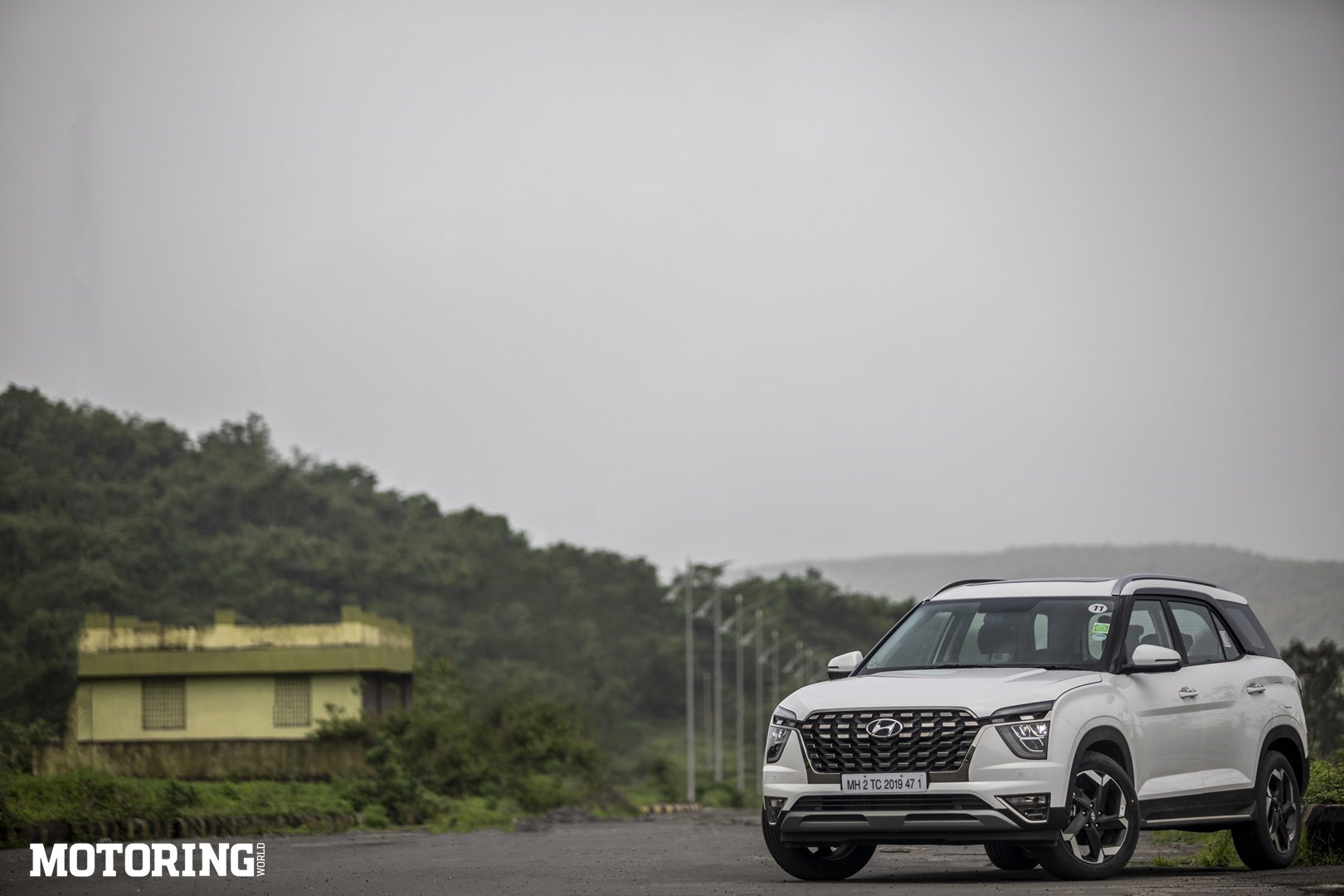 What is the Hyundai Alcazar?

The Hyundai Alcazar is the Korean brand’s three-row SUV that is set to rival three-row SUVs like the Tata Safari, MG Hector Plus and Mahindra XUV500. Hyundai launched the Alcazar exactly a week ago, with prices ranging between Rs 16.30 lakh and Rs 20.15 lakh, ex-showroom, India. Although the Alcazar and Hyundai’s Creta mid-size SUV have a lot in common, the Korean company promises the three-row is an upgrade; in fact, one of the target buyers are those who own a Creta.

The name for this three-row SUV comes from Spanish and means a castle or fortress of Moorish origin. The nameplate is in line with Hyundai’s penchant for naming their SUVs after a place; the Creta name is derived from the island of Crete, the Tucson named after the city in Arizona, USA, and the Venue is self-explanatory.

There are subtle differences to the Alcazar’s front-end design when compared to the Creta — the ‘cascading grille’ gets a studded, dark chrome-finished pattern that can even be seen between the split headlight element, and the front bumper styling has been tweaked.

When viewed from the side, the 150mm longer wheelbase and larger 18-inch alloy wheels add distinction to the Alcazar. The added length has been incorporated tastefully and the proportions are well balanced. The Alcazar’s rear is, for all intents and purposes, all-new. The LED wraparound tail lamps are connected by a thick chrome brand with the Alcazar nameplate embossed, which make the three-row SUV seem wider than its 1790 mm width.

The large rear quarter glass, new powered tailgate and the faux dual-exhaust pipes help further differentiate between Hyundai’s five-seat Creta and the three-row Alcazar. Along with six colour options to choose from — Polar White (pictured), Taiga Brown (unique to the Alcazar), Typhoon Silver, Titan Grey, Phantom Black and Starry Night — the top-of-the-line Signature and Signature (O) variants get dual-tone colour options (white and black and grey and black) for the exterior too.

What is the Hyundai Alcazar like on the inside?

Hyundai offers the Alcazar in six-seat and seven-seat form, but the higher trim levels are six-seat only, like our test car. Although the Alcazar’s dashboard will look familiar to those who have seen the Creta, the black and brown colour scheme adds a dose of premium feel to the three-row SUV’s cabin.

A notable difference though is the new coloured 10.25-inch digital instrument cluster, which shows a plethora of information. The unit is easy to read and the display changes colour based on the drive mode selected — blue for Eco, white for Comfort and orange for Sport. A rather neat feature is that the blind spot cameras (a segment-first) replace the tacho and speedo dials when in use, though the info continues to be displayed in digital form.

The view out of the ventilated front seats is good, the seats themselves offer good support and the height-adjustable front seatbelts add even more practicality. However, a major highlight of the Alcazar’s cabin is the second row of seats. The chauffeur-driven will love the captain’s chairs, which adjust for recline. Occupants get more than enough legroom and acres of headroom. The roominess is further accentuated by the large panoramic sunroof.

However, there just isn’t enough room in the third row for a full-grown adult. While access to third-row is easy enough thanks to the one-touch tumble function for the second row seats, the seat squab is not long enough to provide thigh support and legroom is at a serious premium.

On the other hand, the 50:50 split-folding seats do enhance boot space from the 180 litres on offer with all seats up.

What equipment does the Hyundai Alcazar get?

Even in light of the well-equipped MG Hector Plus, the Hyundai Alcazar more than stands its ground.

There are two engine options available with the Alcazar — a 157 bhp, 2.0-litre four-cylinder petrol and a 113 bhp, 1.5-litre diesel. The former is shared with the Hyundai Tucson while the latter is shared with the Creta. Both come with a 6-speed manual though a six-speed automatic gearbox is also on offer. Hyundai says they’ve revised the gear ratios for the diesel Alcazar to account for the added weight compared to the Creta, but it’s something we’ll have to wait to see how it has affected its performance.

We got our hands on the petrol-automatic version and this refined engine is unique as it is the only naturally aspirated petrol engine available in its segment. Some may think the lack of forced induction is a disadvantage but the 19.5 kgm of torque is more than enough to propel the Alcazar to three-digit speeds with ease. Power is meted out linearly through the top-end of the rev-range is a bit flat. While the engine does like to be driven in a relaxed manner, that doesn’t mean it is inadequate in any way.

The 6-speed auto gearbox is also a smooth-shifting unit. It downshifts with but a microsecond’s hesitation when the accelerator is mashed and even pottering around at city speeds is an effortless experience.

As is typical of Hyundai’s cars, the Alcazar is relatively softly sprung, which makes ride quality a definite plus point. At low speeds and even pace, uneven surfaces don’t filter into the cabin. Larger cracks and potholes are also dealt with satisfactorily.

The softer suspension setup, however, means the Alcazar isn’t the most fleet-footed. There is some roll in corners though the steering is direct enough. City slickers will like that the Alcazar is nearly as easy to manoeuvre as the Creta, which is commendable considering the three-row SUV is about 200mm longer.

While the petrol-automatic Alcazar is rated at 14.2kpl by ARAI, bettering the MG Hector Plus petrol’s 12.12kpl, don’t expect too much in the way of frugality though.

Should I buy the Hyundai Alcazar?

There’s no doubt the Alcazar is a step up from the Creta. Hyundai has added 25 new features, a dose of premiumness and enough distinction and similarities to keep existing Creta owners happy. The top-spec petrol trim we drove is priced about Rs 2.28 lakh higher than the equivalent variant of the five-seat SUV, which should entice Creta buyers to consider the Alcazar. 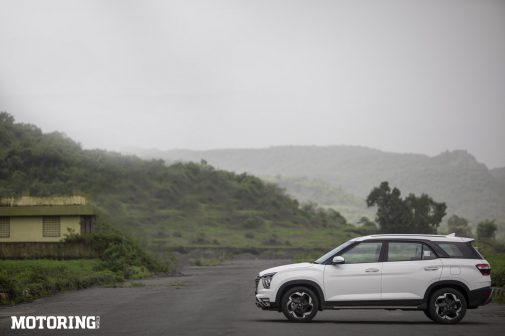 As Hyundai has also priced the Alcazar quite competitively, it is likely that the three-row SUV will replicate the Creta’s success in this SUV segment. Time will tell.