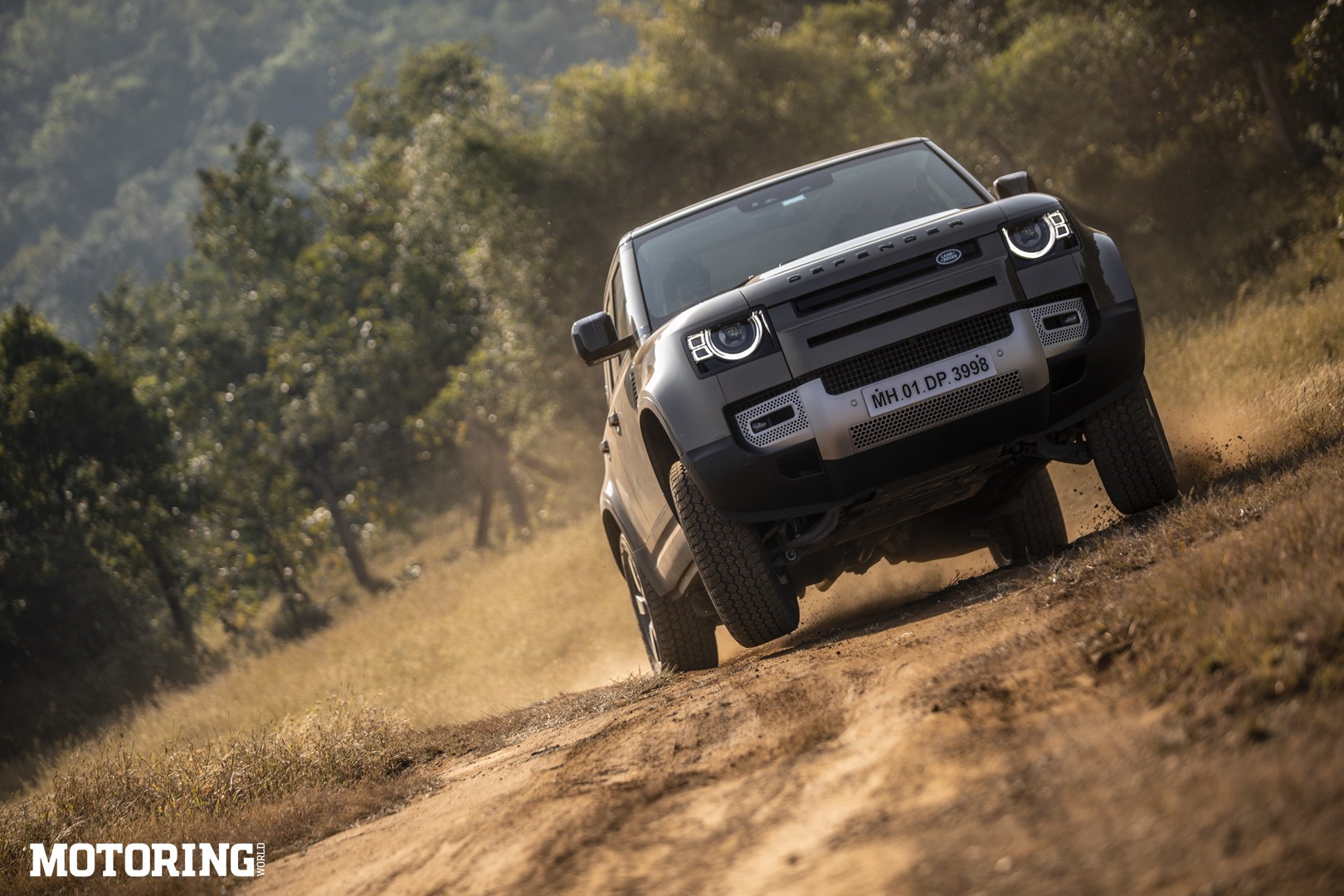 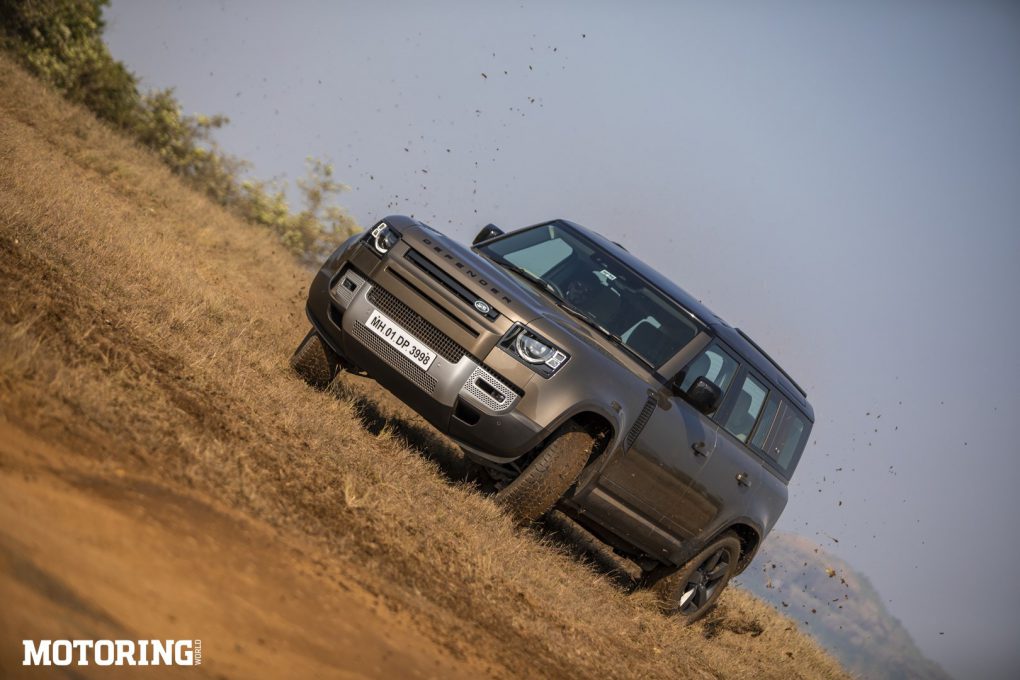 If you venture into the harshest and remotest locations around the world, you’ll probably come across a classic Land Rover Defender. Chances are that it’s the vehicle that got you there in the first place. The reason for that is not that difficult to understand. You see, Land Rover has been around for over 70 years now, and all this while it has been building go-anywhere vehicles. Called simply ‘Land Rover’ at first, the Defender’s basic design stayed mostly unchanged for decades, simply because it’s one of the most capable vehicles you’ll find on the planet, so capable it’d make mountain goats jump to death in embarrassment.

Its reputation is furthered by expeditions like the iconic journey from London to Singapore in two Land Rovers in 1955, or the ones which competed in the gruesome Paris-Dakar Rally. Defenders could take you to places where no other vehicle would live to tell the tale. Keeping that pedigree in mind, the ladies and gents at Land Rover have built a new-age Defender from the ground up, designed to be the most comfortable and capable yet. Given that this is the first reinvention of Land Rover’s first monument of a vehicle, this is a big deal.

One fine 0500-morning, we drove the Defender to the closest facsimile of wilderness possible, with the hope of getting the 2-tonne-plus behemoth to perform a ballet pose with a wheel or two off the ground. After about an hour of driving out of the city, we reached our spot with only a few minutes to spare before sunrise. The Gondwana Stone Metallic paint on the Defender that looked a shade greener at night had started to show its true colours in the glow of the soft sun.

While admiring it, I couldn’t help but appreciate how well Land Rover had retained the essence of the Defender in its modern reincarnation. The message comes across loud and clear of its bruteness and its ability to go anywhere. The boxy design has been cleverly rounded off at the edges. In my opinion, the 110 variant here looks great when looked at up front, the front three-quarters and from straight behind.

In profile, the length suddenly appears to be a lot longer than you’d expect, making you think twice about its proportions. That isn’t a matter of concern when you are closing up of the other minuscule vehicles around you, though, as they will stay clear the moment they see that butch face in their rearview mirrors. Like a cliff face, the Defender’s tail is almost flat and the tail-lamps are recessed inward, with only the full-size spare wheel jutting out, held by the tailgate.

Now, you might be thinking the tough, rugged look on the outside has been continued inside, too. Well, yes and no. Remember when I mentioned comfort being one of the important attributes in the Defender’s build? Well, I have to say the interior-design team has won me over. The choice of materials used is mind-boggling; the dash itself uses four different surfaces beautifully merged in a way that evokes strength and luxury. The doors get two more materials in the form of a body-painted surface and seasoned wood with brushed aluminium allen bolts. Photos don’t do justice to craftsmanship that’s involved here. 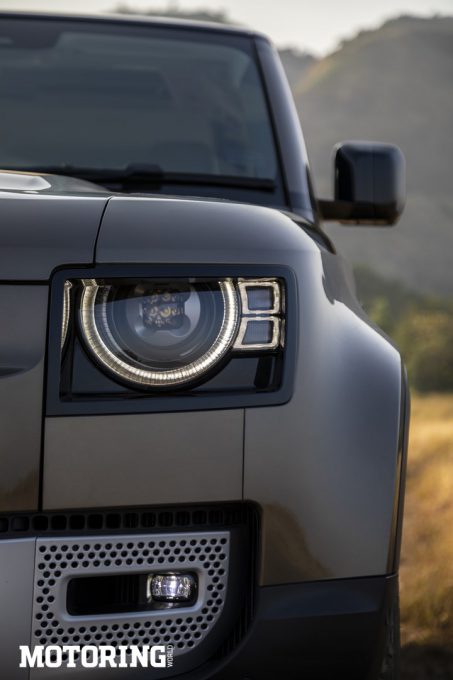 Now, the Defender has a 2.0-litre turbocharged petrol unit that puts out a decent 392 bhp, and 40.78 kgm that’s available between 1500 and 4000 rpm. With an 8-speed auto ’box, and with probably the most comprehensive off-road electronic wizardry, the Defender makes obstacles feel like a walk in the park. With the transmission overridden to manual mode and traction control switched off, the Defender turns out to be surprisingly capable at getting its tail out. With the suspension dialled to maximum clearance, the chances of the underbody coming in contact with the ground below is near impossible. To verify that, I actually crawled under the Defender and came out the other side without getting stuck. 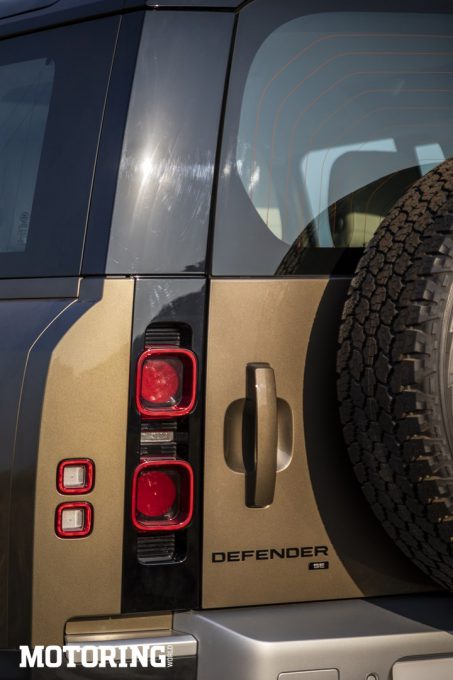 After all the sliding and off-road fun, the drive back home was the most rewarding thing and probably seals the deal for this goliath. As capable as the Defender is off-road, on asphalt, it doesn’t show any signs of compromise on ride quality or comfort. It will comfortably cruise at triple-digit speeds all day long, work hard to stick to your intended line around a fast sweeping corner, and iron out the potholes and uneven road surfaces of the streets of Mumbai, too. This vehicle was growing on me and had started to get addictive. So much so that I was seeking out potholes, going over gravel and bad patches of road knowing full well that I was secure and safe inside. I’m already looking forward to getting my hands on the Defender again at our 2021 Slush Fest. 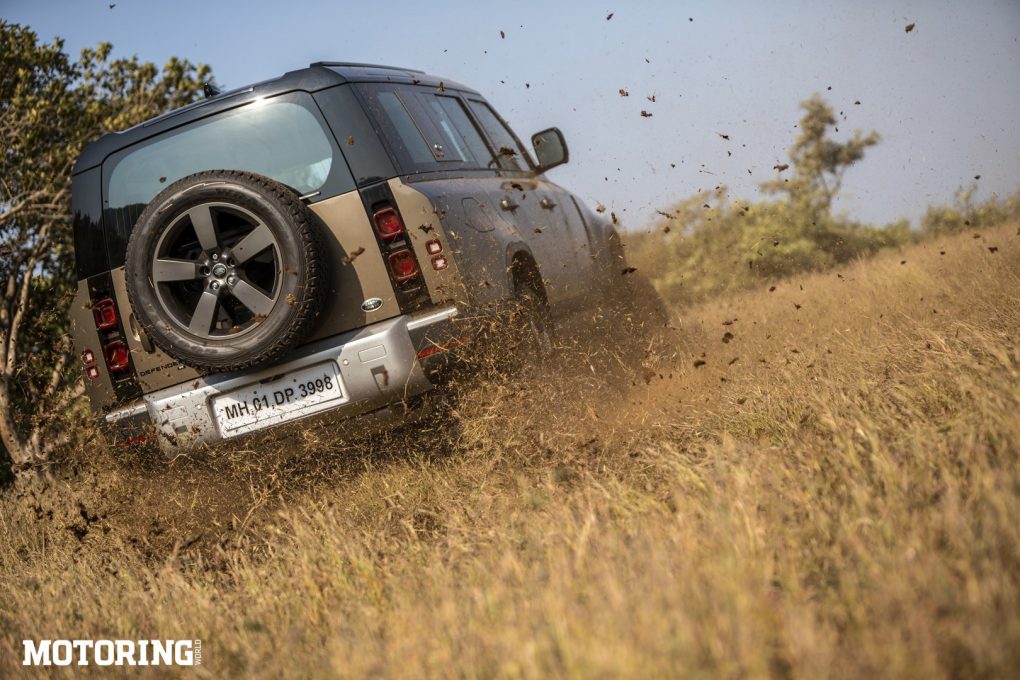