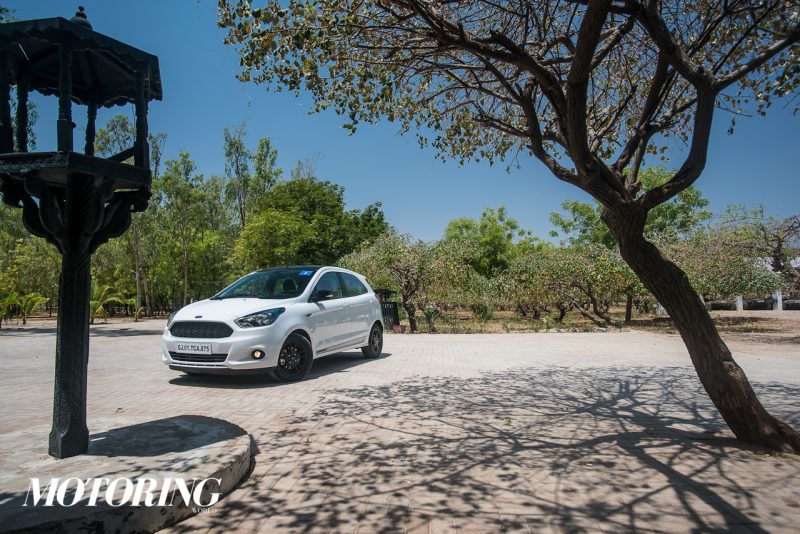 The Figo has been one of those cars for Ford that has helped it win hearts and get some good sales. The previous generation Ford was a runaway hit, which made the new one’s life a bit difficult. A countless number of people have told me this, the new Figo, isn’t how the old one was and I am genuinely stumped. According to me, Ford did all the right things with the new Figo — improved looks, safety, technology, features, strong engines — which is everything a modern car buyer wants. Looks like some of those people got through to Ford also, and there is a Figo Sports Edition now.

My first thought, and Paranjay’s (our web editor who happens to be a Figo fan), was that the 1.0-litre EcoBoost is making its way to the Figo and hence the Sports Edition moniker. Unfortunately, that engine is a CBU and the costs would have been too high so Ford decided to stick to its current lot of engines. Not a bad option at all, since the 1.5-litre diesel engine from Ford is good as it is. One hundred bhp and 21.5 kgm in a car this size is no disappointment, at least on our roads. The Sports Edition is available in the 1.2-litre petrol engine, too, but I’ll talk about that after I have driven one.

To give us a sportier feel, Ford has stiffened the suspension and given the Figo bigger tyres. The ride height has been lowered by 5 mm and the 195/55 R15 tyres with a slightly lower profile certainly add to the sporty look of the car. Ground clearance remains unchanged — don’t worry, you can go over all the potholes with the same confidence as earlier. The bigger tyres are welcome as the Figo feels more planted now. The suspension, though, felt almost the same to me. To be honest, while driving in the Little Rann of Kutch it’ll be unfair to comment on how much the suspension has changed. Let me tell you this instead: on my little run in the Little Rann the Figo was touching 175 kph without breaking into a sweat. Feels so nice to mention the exact speed, instead of being politically correct and saying‘three digit’ speeds. Getting tanned at 49 degrees has some benefits, I guess.

Since it is the Sports edition, Ford has gone all-out to make it look sporty. Black alloys, black roof, black side mirrors, black interiors and even smoked headlamps. The biggest change for me is the new honeycomb grille up front, which distinguishes the Figo Sports Edition from the regular Figo. At the back, most of it stays the same, barring the addition of a spoiler. The ‘S’ badges are not in your face, just a simple and stylish decal running along the length of the car. What is in your face, not literally, and looks very nice is the leather-wrapped steering wheel with red stitching. Speaks much more than an ‘S’ badge, I feel.

The Figo has been one of the strongest performers in the segment and that feeling only goes up with the Figo Sports, without the cost going up by much. The car looks sportier for sure, the overload of black works well with the white, and it drives as a Ford should. Sporty, useable power and sorted dynamics. Maybe next time, we’ll get the EcoBoost in the Figo and it will be even more fun. Or since I am at the wishing well, the Focus RS will come to India and people will know what those two letters mean in a hatchback.

As published in the May issue of Motoring World.