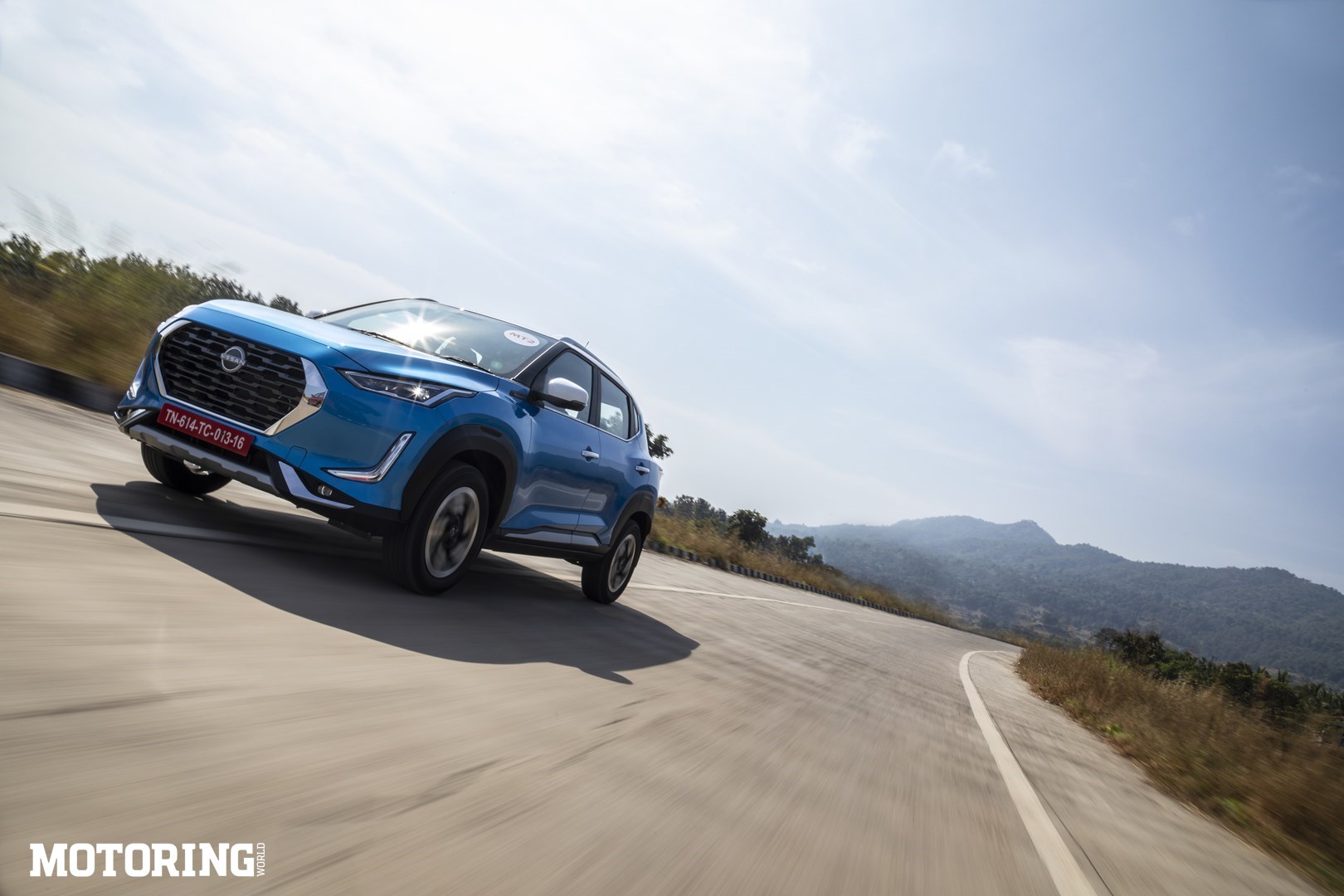 We’ve been seeing sketches of Nissan’s latest compact SUV for a while now and it’s finally here in the flesh. The Magnite has a lot riding on its shoulders as the make or break product for Nissan, so enough with the small talk, let’s dive right into it. 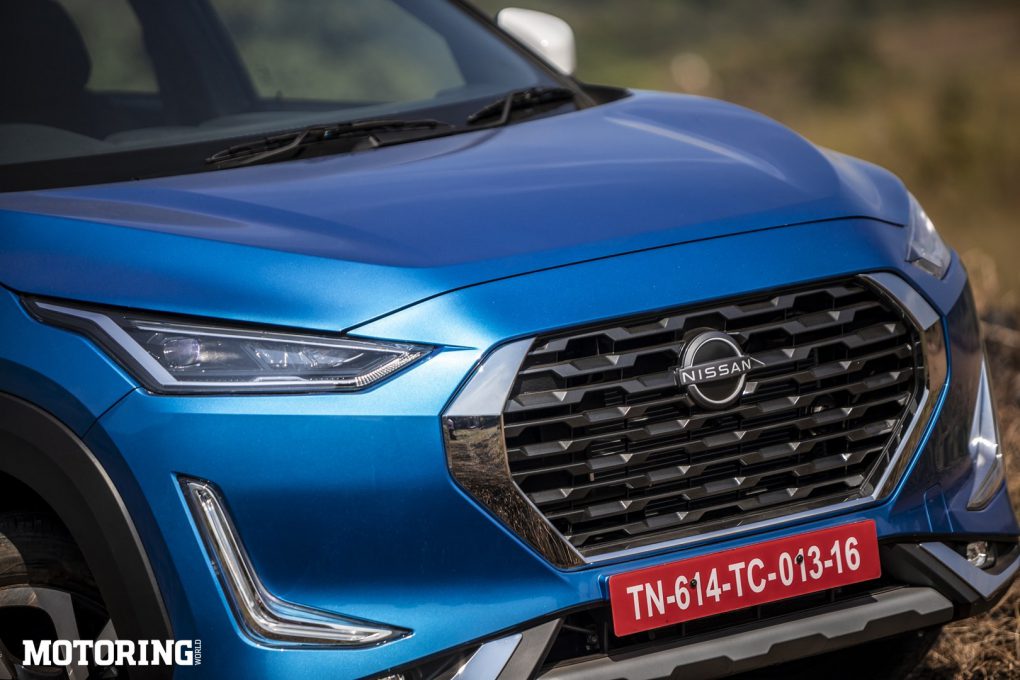 Up front, the Magnite is an imposing car for its size. Large grilles are par for the course these days and the Magnite certainly delivers on that. Sleek L-shaped DRLs and thin LED headlamps round out the front. The Magnite was meant to be a Datsun, but thankfully, the new Nissan logo in the middle of the grille clears the air. 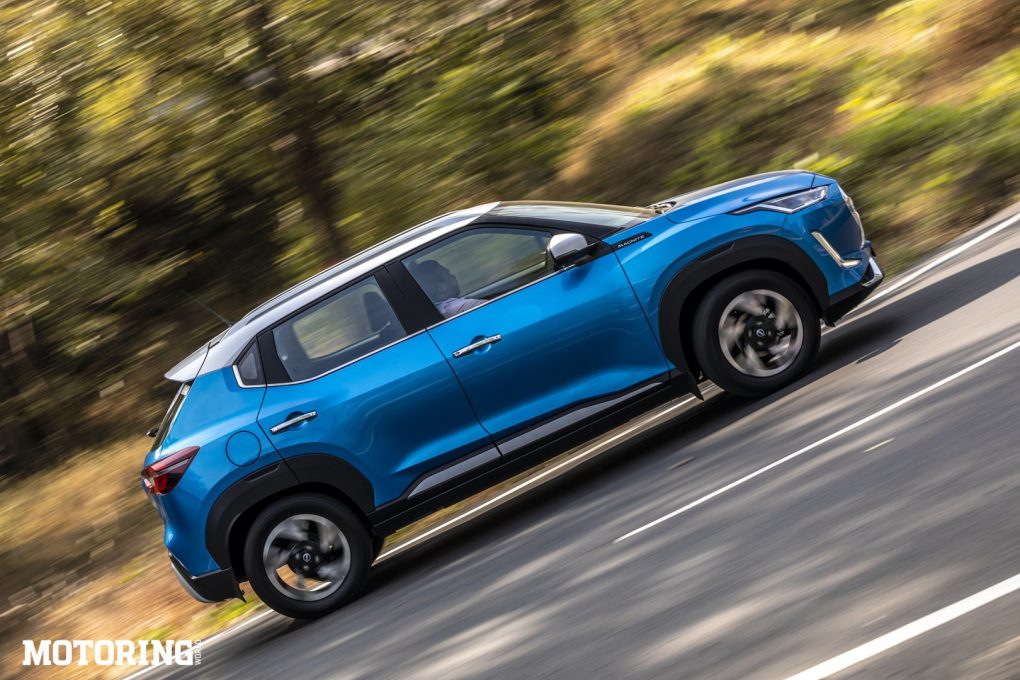 Although it’s narrower than its main rivals, the Nissan Magnite manages a more butch stance thanks to its wide hips and pronounced wheel arches. The downside is that the 16-inch diamond-cut alloys look good, but don’t exactly fill those large wheel arches. 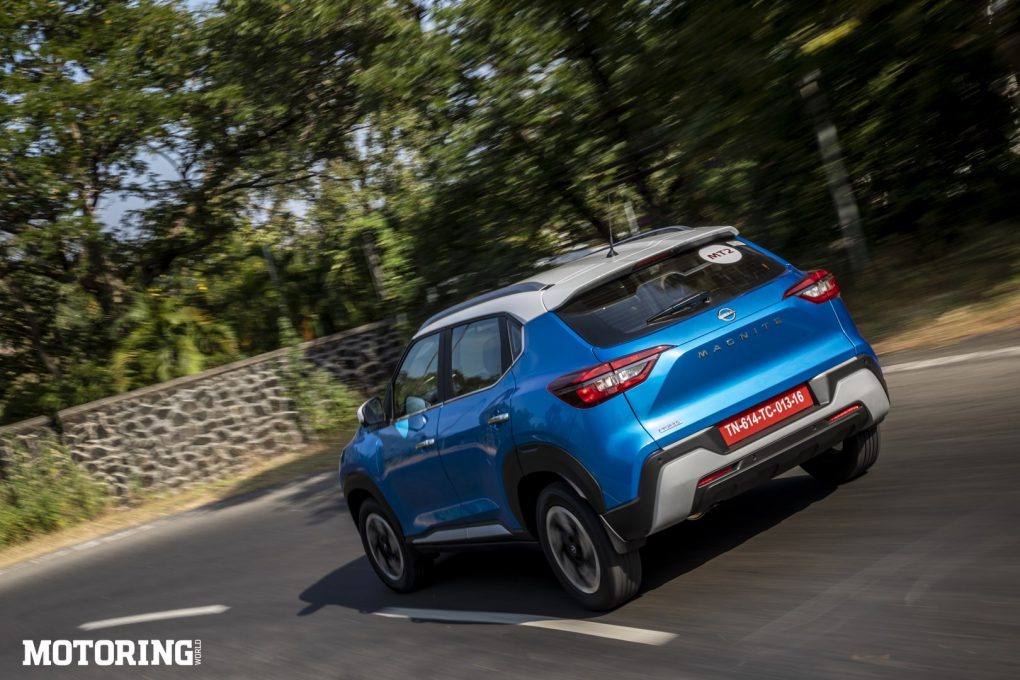 The rear-end of the Magnite is pretty simple, there’s just a split tail-light unit, the new Nissan badge and Magnite lettering across the hatch. In traffic, the Magnite most definitely catches eyeballs, especially in this dual-tone blue and white paint job. 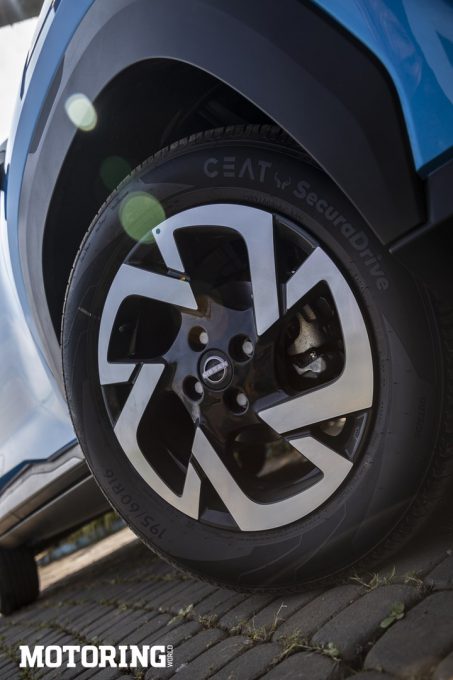 Inside, the Magnite is a ground-up rethink by Nissan and is a massive departure from its earlier interiors. The dash is mostly made up of hard plastics, but the design and pattern suits the character of the Magnite well. An 8.0-inch touchscreen dominates the center of the dash and takes care of all infotainment duties. It’s got large and chunky icons that are very easy to use on the move. The system also supports wireless Apple CarPlay and Android Auto, so you don’t have to fumble with cables to set that up. Add in the wireless charging that comes with the Tech Pack and you can forget about your cables altogether. 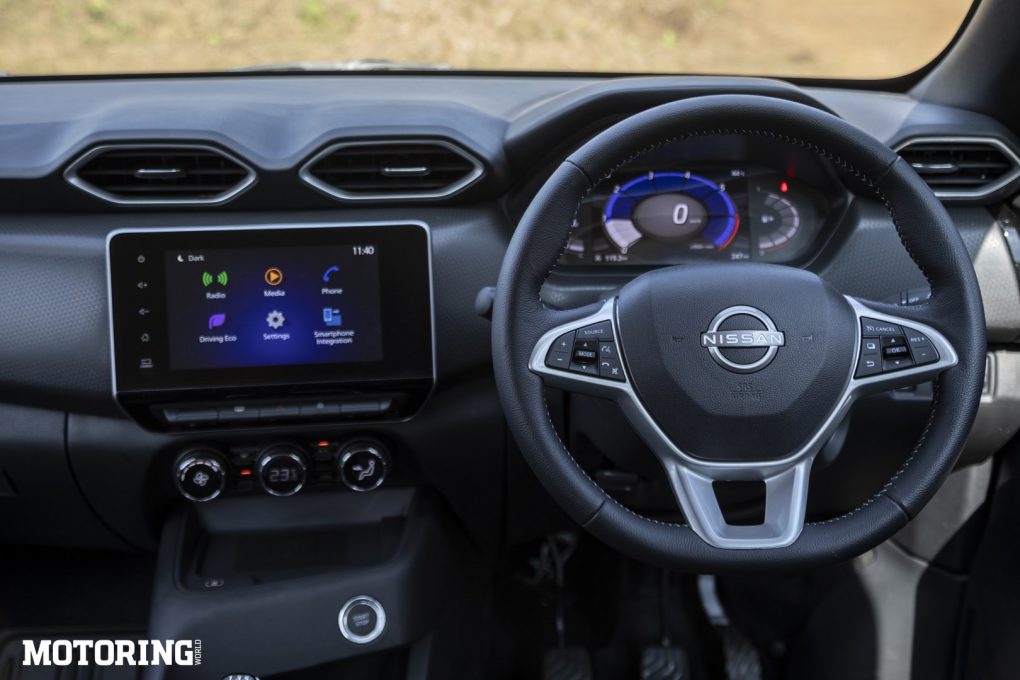 The automatic climate control gets large, easy-to-use knobs and the information on them is presented very well, too. There are some small toggle switches nestled between the knobs that might be hard-to-read, but it doesn’t take long to get used to them. 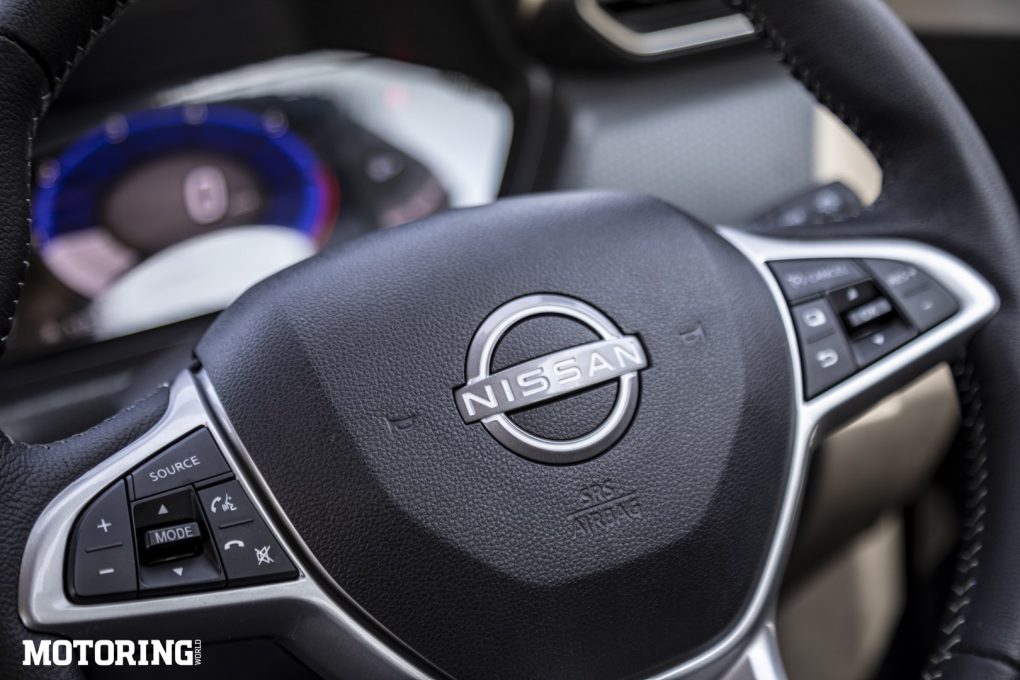 The driver gets a new steering wheel with all the controls placed where you expect them, for a change. A new digital dash is also present, which I wasn’t a big fan of initially. Fully digital dashboards tend to overload you with information you don’t really need, but thankfully, this one takes a more minimalistic approach. The numbers pop-out at you and there isn’t much lag either, so by the end of my drive, I’ve come to like the new dashboard. 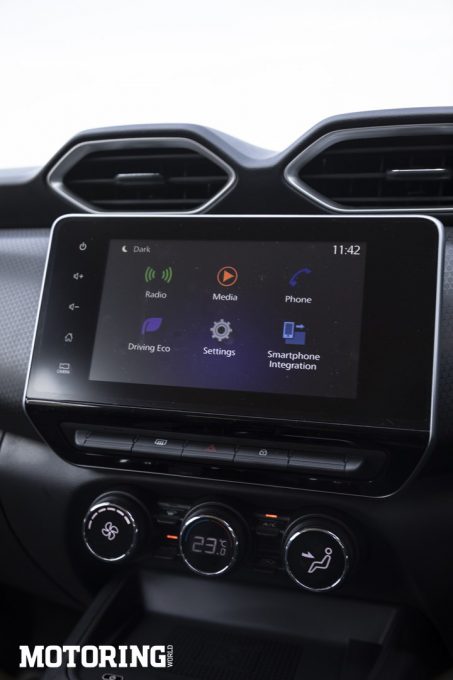 Mind you, there are still a few questionable ergonomic decisions inside, like positioning the cruise control activation switch behind the steering wheel, but as a whole, the Magnite has a pretty stylish and functional interior. 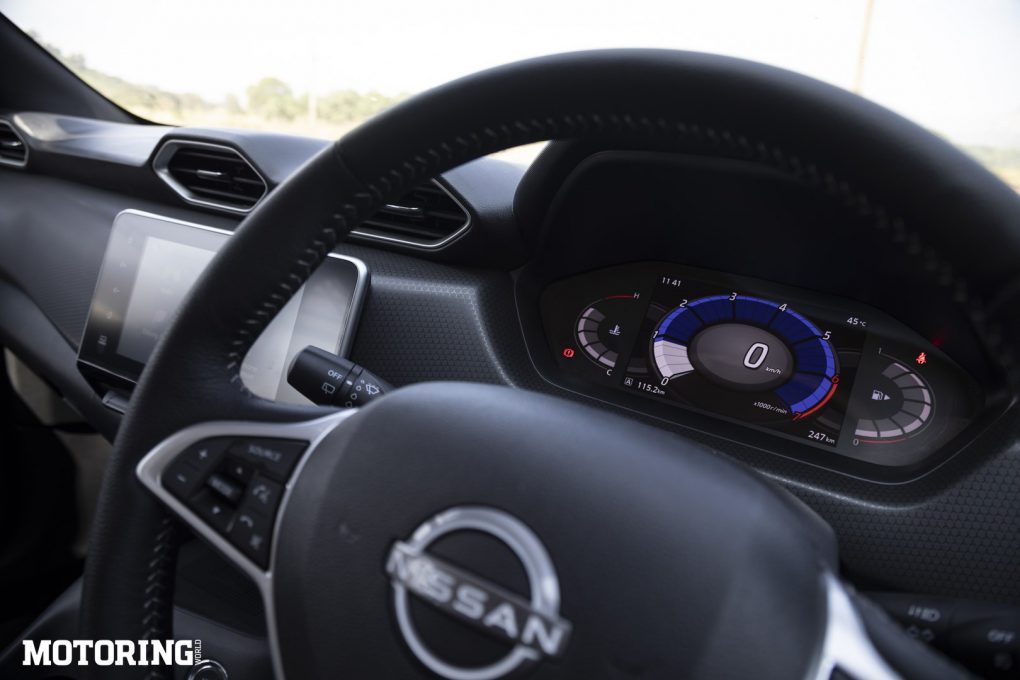 The Magnite is narrower than its competition, but like the Triber, which shares its CMF-A+ platform, there is some excellent space utilisation going on here. Head room, leg room and visibility outside the car are all great. Surprisingly, three wide in the rear seat isn’t too bad, but with only a lap belt for the center seat, I wouldn’t recommend long drives. 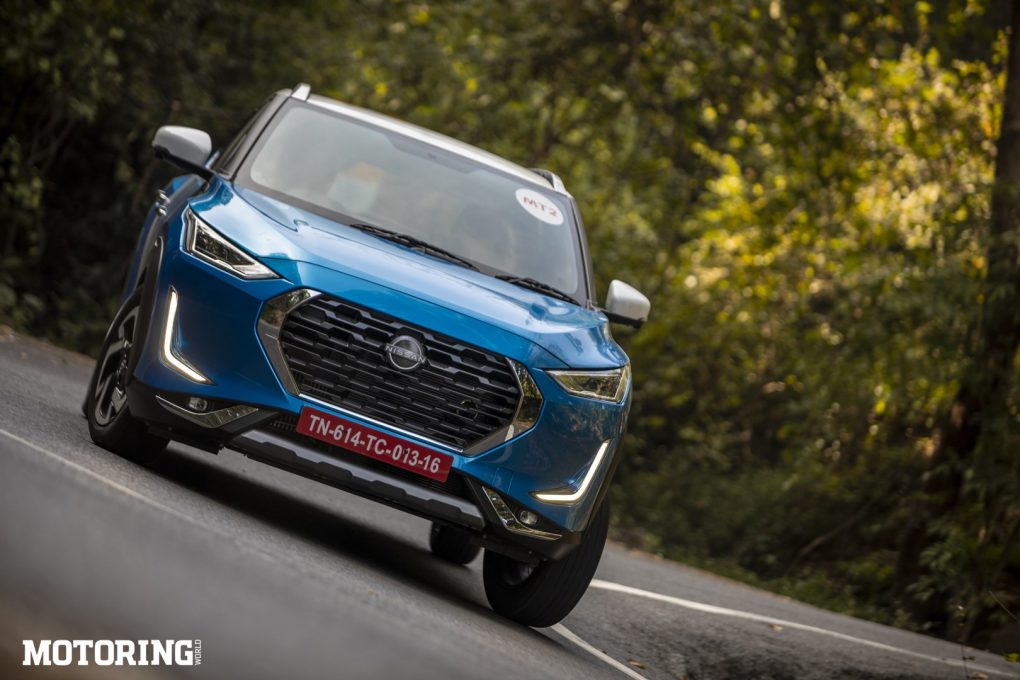 Ride quality, too, is surprisingly good in the Magnite, as long as you’re pointed straight. It soaks up bumps and controls body movements pretty well. It’s also got 205 mm of ground clearance, which makes it perfect for our post-monsoon city roads. Handling isn’t its strong suit though. The steering itself feels like it has some resistance in it and while the Magnite does get you through a corner well enough, it’s not what I’d call fun to drive. That’s unfortunate though, because the 1.0-litre turbo-petrol engine is eager to play. 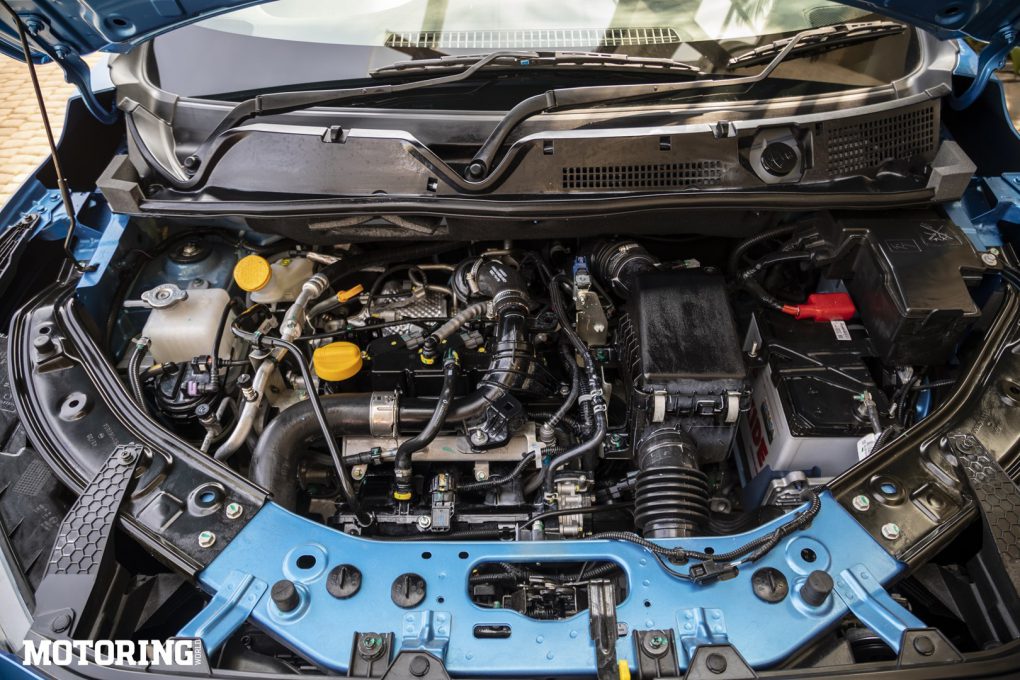 With only 1039 kg to push, the 98 bhp engine offers-up some sprightly performance. It’s a little sleepy under 2000 rpm, but after the turbo spools up, you’re off to the races. Beyond 3000 rpm, the engine even takes on a more gruff, sporty note and keeps pulling strongly until just before redline. You can either get a 5-speed manual or a CVT with the 1.0-litre turbo-petrol engine. I had a chance to drive both variants in a variety of traffic situations and came away pretty impressed. 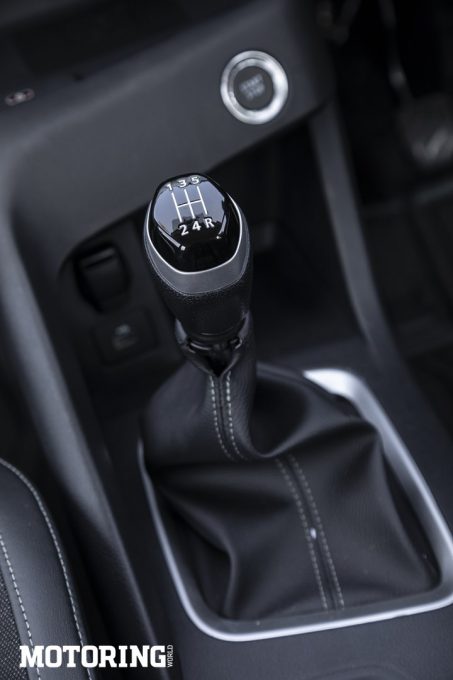 The manual has really well-spaced ratios and shift action is pretty positive, too. The gates are on the notchier side of things, but it’s something you’ll get used to pretty quickly. The pick of the litter is the CVT though. It’s down on torque compared to the manual version, but it somehow feels even faster. It simulates gear shifts to try and mitigate some of that dreaded rubber-band effect. It works, for the most part, but when you’re really pushing, it does creep in a bit. The CVT even has a sports mode which keeps the engine closer to its powerband. 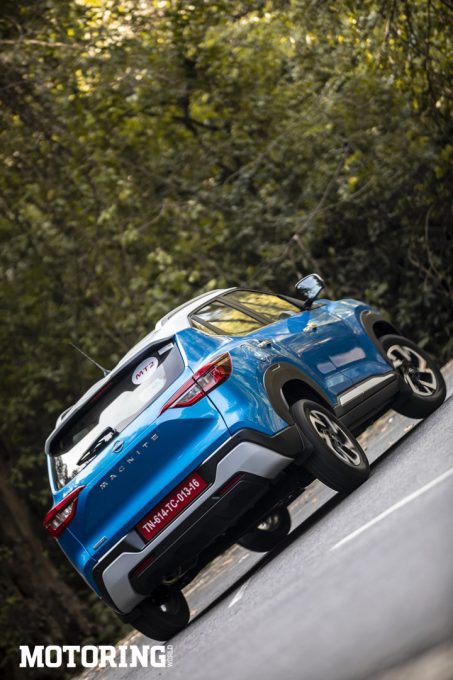 Should you buy one, then? Well, prices for the Magnite aren’t out yet, but if the rumour mill is to be believed, we’re in for a very pleasant surprise. At prices that severely undercut its main rivals, the Nissan Magnite makes for an excellent buy!