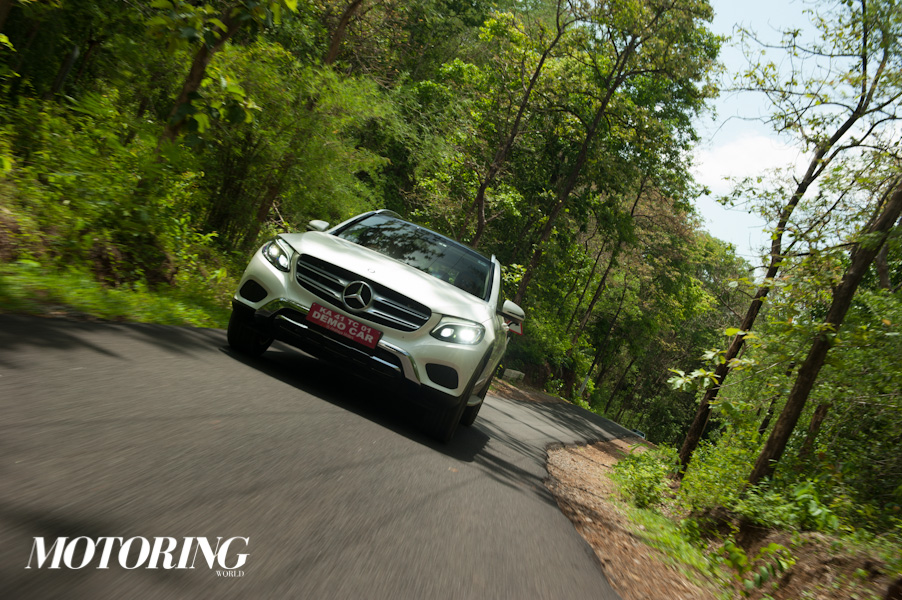 The last three years have seen the three pointed star shine brighter and brighter. New models, new design language and new engines – everything has been working for Mercedes Benz in India. And they seemed to have read the pulse right on India’s love for SUV’s, which could explain the wide range of SUV’s they sell here. From the range topping, madly exciting G63 to the S class of SUV’s and the entry level GLA, they have the widest range when it comes to luxury SUV’s. Which is what made petrol heads here wonder, when will they get the GLK to India. One of my friends who owns the GLK in Switzerland swears by the car, while his family does not like how it looks. That was the GLK, in essence. But with the GLC, which is the replacement for the GLK and is coming to India next week, the polarisation may go down.

I know a lot of people have been cribbing about how all cars from most manufacturers look the same, and Mercedes has been getting some stick with the russian doll comparision for the C and S Class but I find the GLC to be good looking. The big three pointed star with two louvres finished in matte iridium silver, cornering lights with day time LED’s and a aluminium finish scuff plate give it the look of an SUV. The profile is less boxy when compared to the out going GLK and the aluminium look running boards are a nice touch. I quite like the rear with its LED tail-lamp assembly and a coupé like sloping roof. The twin exhausts with an underguard also add to the its character as an SUV.

The petrol engine is smooth, as expected, with a fairly linear power delivery. It likes to rev and is quite silent until you start approaching the red line, where it grunts a little bit. The 9 speed gearbox, which is standard on both models, is a dream and is probably the biggest differentiator when compared to driving the C class. The route chosen by Mercedes for our drive to Mangalore from Coorg had some nice clean stretches of tarmac and the GLC 300 was more than happy to take them on. The steering is precise and direct, but could do with more feel.

The 2.1 litre diesel is the trusted servant in the Mercedes family and it performs as per expectations in the GLC 220d as well. If you drive it without driving the petrol, you may actually want the diesel. But when compared to the petrol, it is slightly on the noisier side and prefers cruising over enthusiastic driving. As with the diesels today, it relies more on the torque than power which becomes evident once you cross 3,500 rpm.

On the inside, the fabulous C class interiors are carried over. Remember, the GLC is based on the C class. The multi function steering wheel, a fancy wood trim for the centre console, the chrome a/c vents, three climate zones and the familiar COMAND system with a 7” infotainment screen make the GLC a nice place to be in. The GLC also gets mood lighting with three colors, a panoramic sun roof and ARTICO leather dashboard trim. The rear passengers get a/c vents too and a seat which I found to be more comfortable than the C class. The 33mm gain over the C class has paid its dividend, it seems. There is enough headroom and leg room for 2 people at the back, a third passenger can be stuck in but may not enjoy it. The rear seats fold down to take the boot capacity upto 1,600 litres, as against the 550 litres with rear seats up. The spare wheel in the boot is a bummer though.

Overall, the GLC is as good as they come from the Mercedes stable. Good engines on offer with luxury and comfort on the inside. It will nicely bridge the gap between the GLA and the GLE, one which was being exploited by the Audi Q5 and the BMW X3. The GLC for now will be a CBU import, so I do expect the prices to be on the higher side when compared to the competition. I am not in favour of the 2,000cc diesel ban in Delhi-NCR, but I’ll live with it for some time if we get more petrols like the GLC 300.