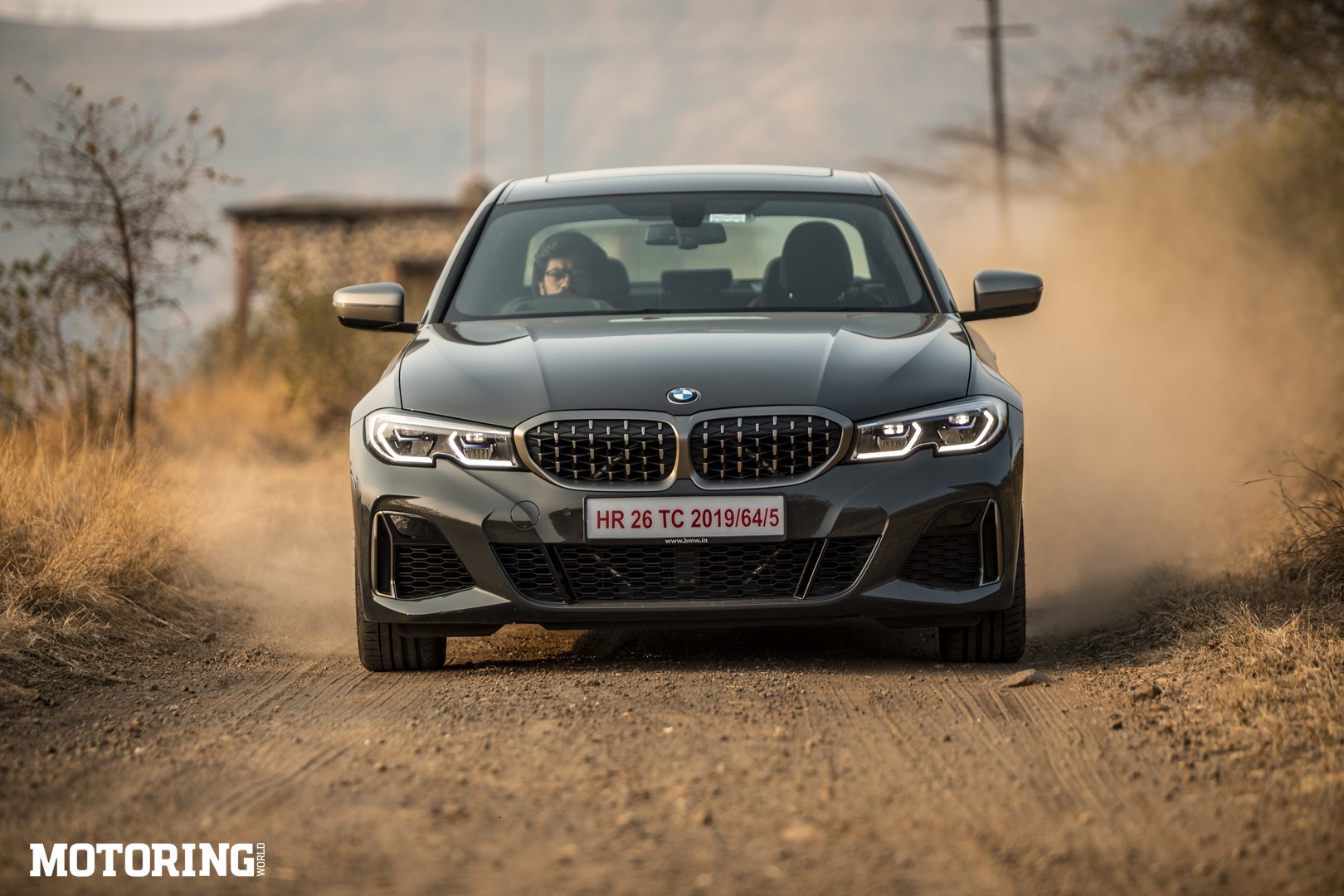 I have quite literally lost count of all the M-spec items that go in this 3 Series. From the exterior to the interior to its powertrain, the new M340i xDrive has some or the other M component installed everywhere. Is it a legit M, then? Not really. But that shouldn’t be a concern — what you get here is all you’ll ever need from a fast saloon. The M340i is the closest you can get to driving an M3, firstly because it is fast, and secondly, BMW is yet to unveil the next-generation M3. Till then, the M340i is officially the only straight-six-powered BMW in the 3 Series range. 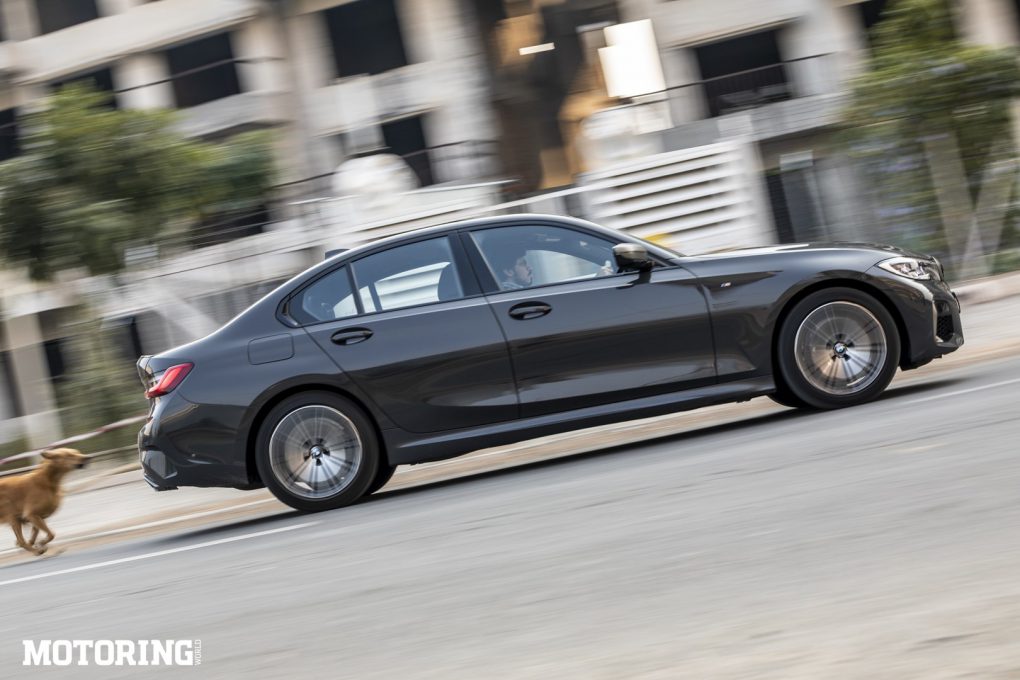 What’s more, if you are someone like me who values discretion and prefers staying away from attention-seeking cars and their loud exhausts pops. The M340i is the kind of car that likes to play the game of deception. The exterior, for example, is similar to the current 3 Series, with only subtle design cues that differentiate it from the latter. Instead of aggressive bumpers, spoilers and air scoops, the M340i does it subtly with a larger air dam, blue-painted calipers and dual exhausts nicely tucked into the rear bumper. 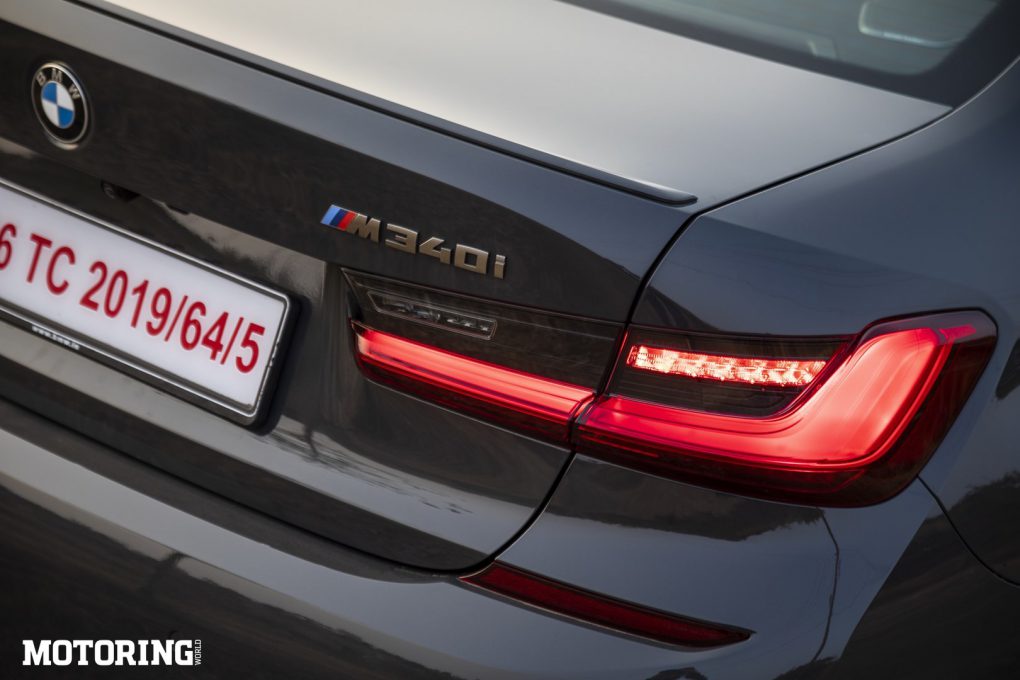 It’s a similar affair inside the cabin, too; no carbon-fibre inserts here, but brushed metal and grey upholstery which give the cabin an assured and sophisticated appeal. The seats are well-bolstered with plush leather and hold you in place once strapped in. Again the M design elements have been cleverly included in the seatbelt strap, steering wheel, seat backrest and instrument cluster. Besides that, reaching out to the controls is a typical BMW affair that doesn’t take much time to get accustomed to. 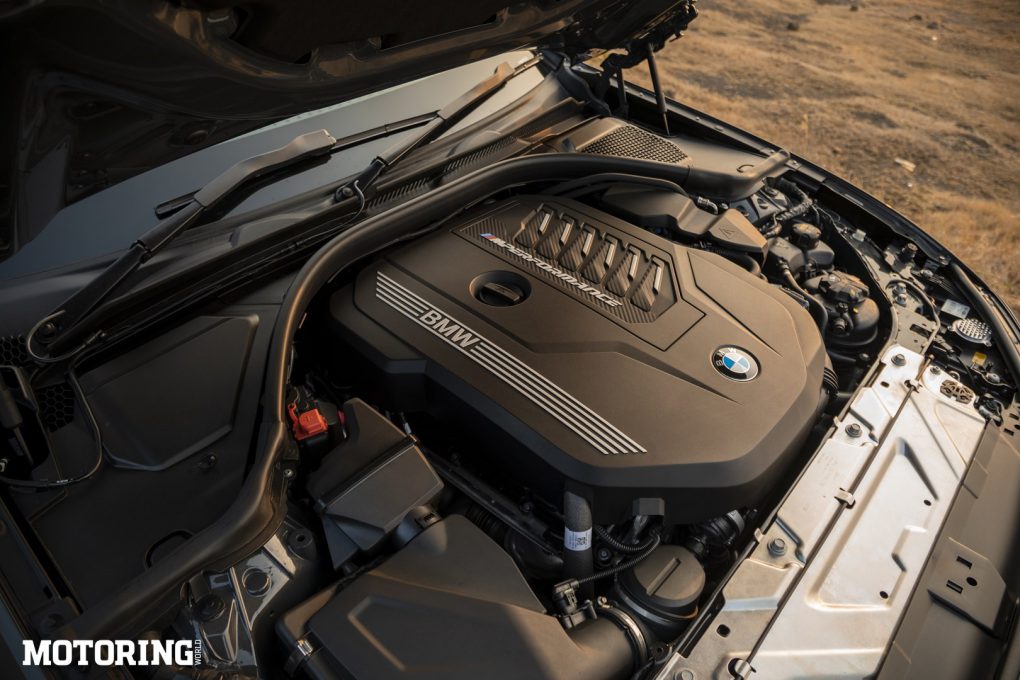 Now with all the deceiving bits covered, it is what lies underneath that long, tapered hood that makes the M340i a car you want to buy. A newly developed 2998cc straight-six with a twin-scroll turbocharger mated to an 8-speed automatic transmission means serious fun. The guys at BMW have improved the efficiency of the turbocharger along with revised injectors allowing it to spool faster thus leading to rapid throttle response and boost charging. What you get is 376 bhp and 50.98 kgm of torque at the stomp of that right pedal. The M340i comes with three modes: Eco Pro, Comfort and Sport. While the first two modes keep things calm and composed, I spent most of the time in Sport. It is in this mode that all the M-badged components make all the difference. 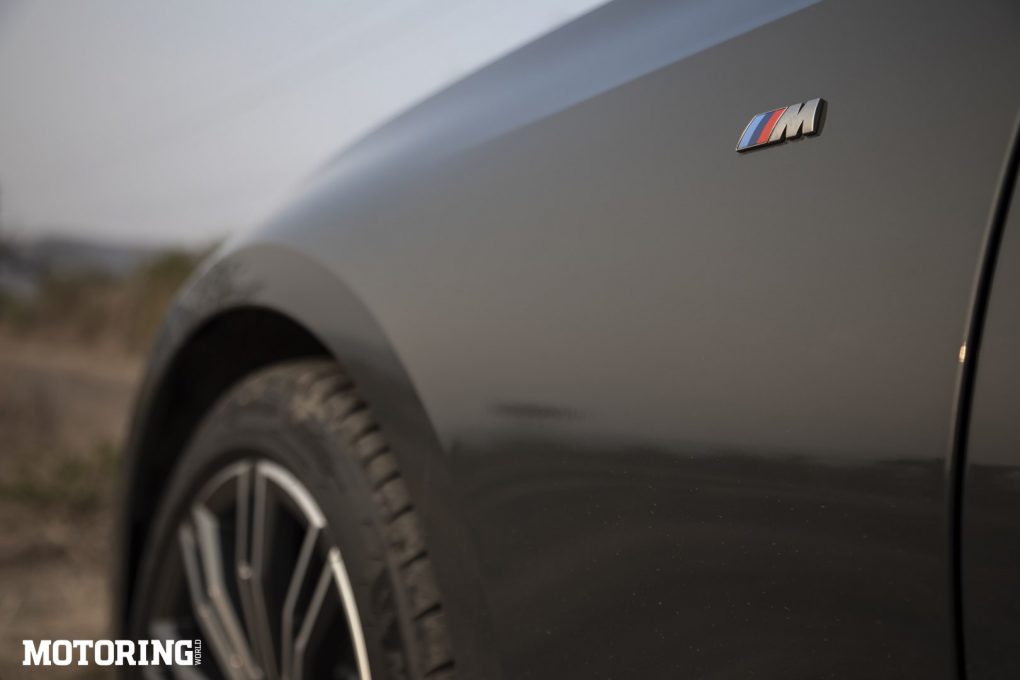 The immediate difference is the exhaust that opens up the straight-six’s sweet symphony. Yes, the sound does get damped by the exhaust-driven turbine, but if you are generous with the throttle, you will be happy with the exhaust’s deep yet crisp tone. Unlike most other modern cars where the rpm is restricted to 3000-4000 rpm at standstill, the M340i’s needle swings right across the rev band, hitting the limiter at 7000 rpm. Sweet sounding thing, I tell you. 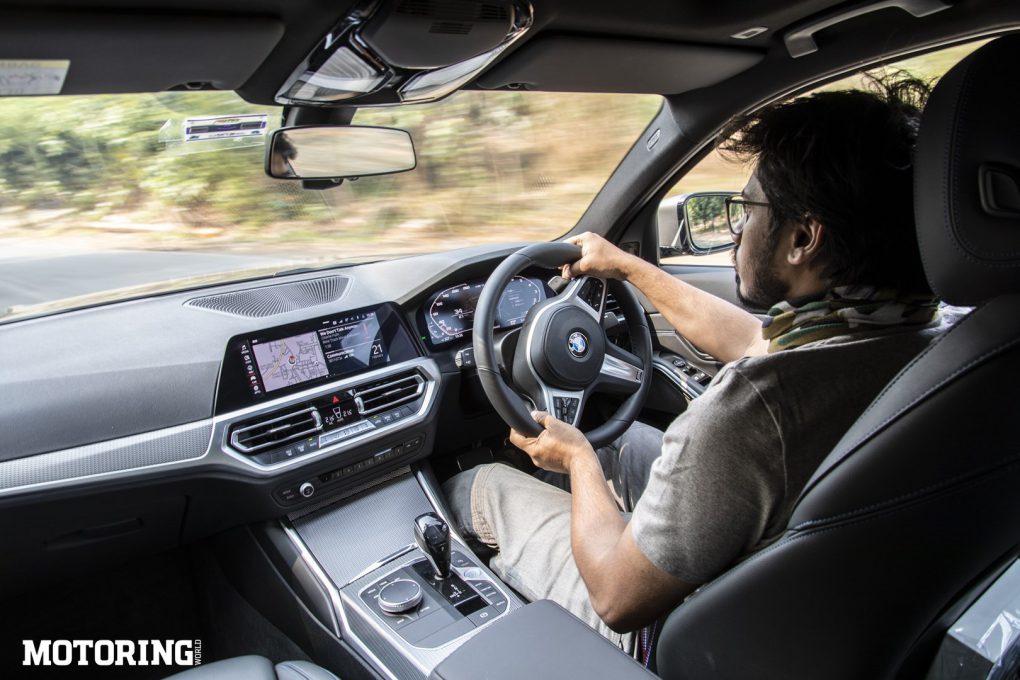 And on the move, flick the car into a corner, and you will be presented with crisp handling, one with a direct steering response and constant knowledge of the front wheels’ whereabouts. Yes, a rear-wheel-drive car is the real deal for getting that tail out, but to be honest, it is also equally challenging to exit the slide cleanly. In Sport mode, although the power delivery is more biased to the rear, the xDrive keeps you in control so that you can pull off a smooth slide all through a corner. 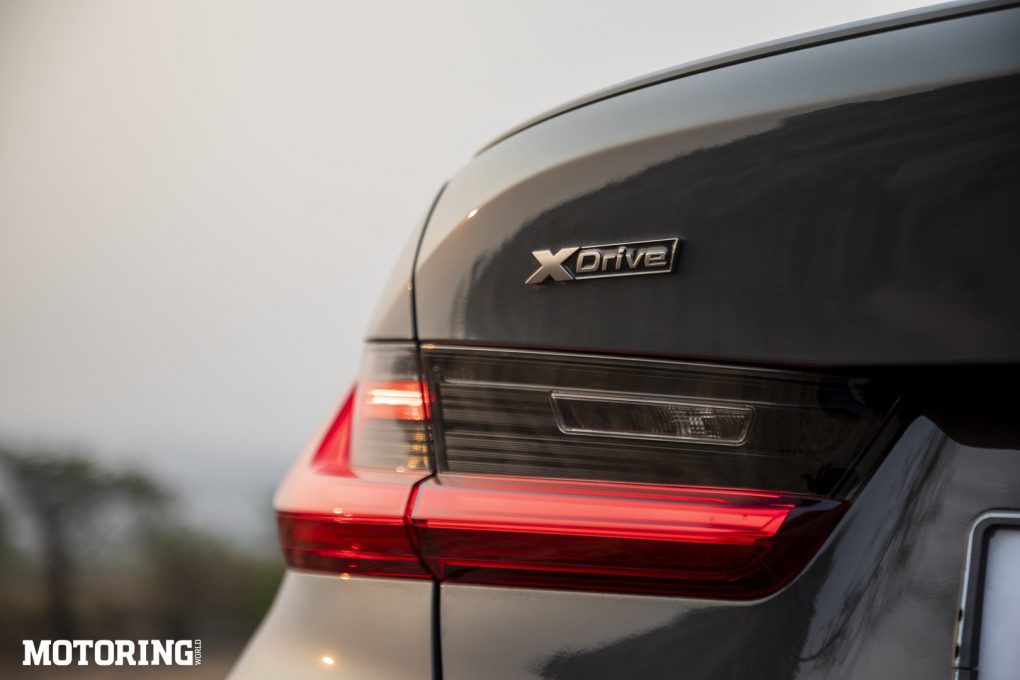 And when you want to take things easy, the M340i’s ride quality stands out the most. I am amazed by how well the suspension has been set up. Yes, it is stiff, but manages to filter out most of the road undulations for a smooth and poised ride. To put it in simple words, I would happily drive the M340i for an entire day on city roads and step out of the car without any backaches to complain about. Double win. 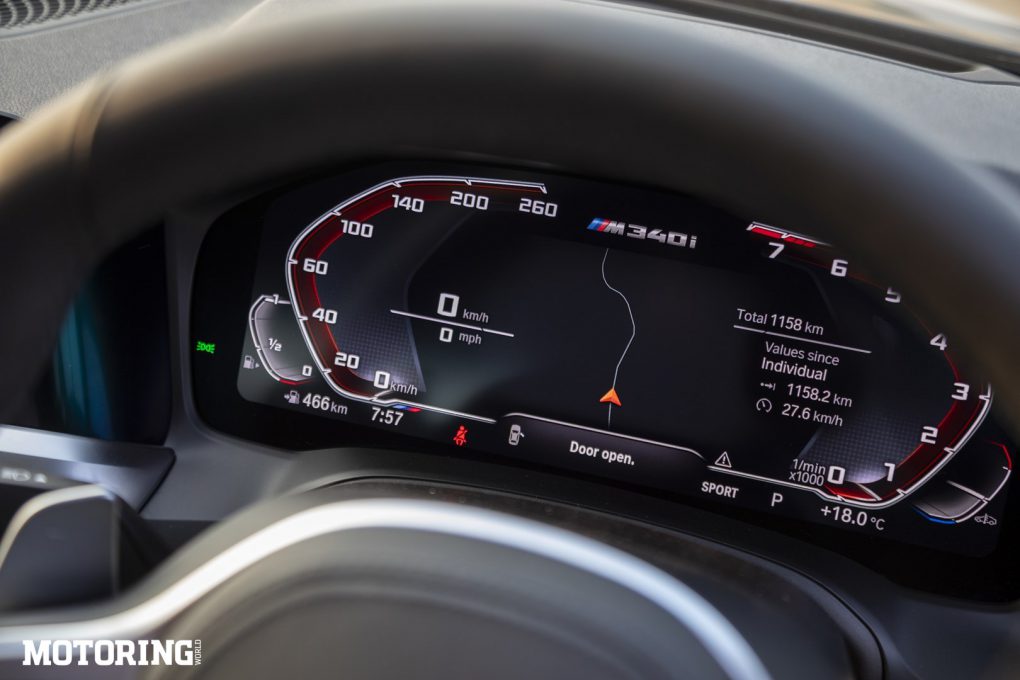 All in all, in my opinion, the M340i is the best balance to expect between a powerful saloon and an executive business car. You can drive it every day and nobody would even notice the straight-six that hides beneath that hood. And if someone does try to punk you, it’s always make-em-eat-dirt time. Not many cars around that can do that. 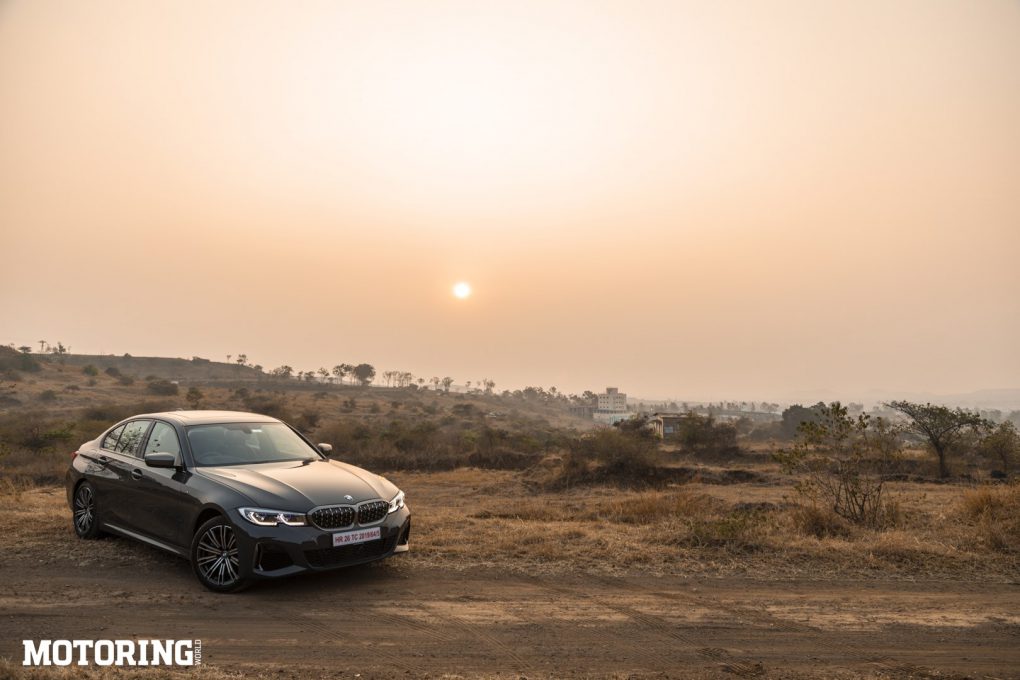