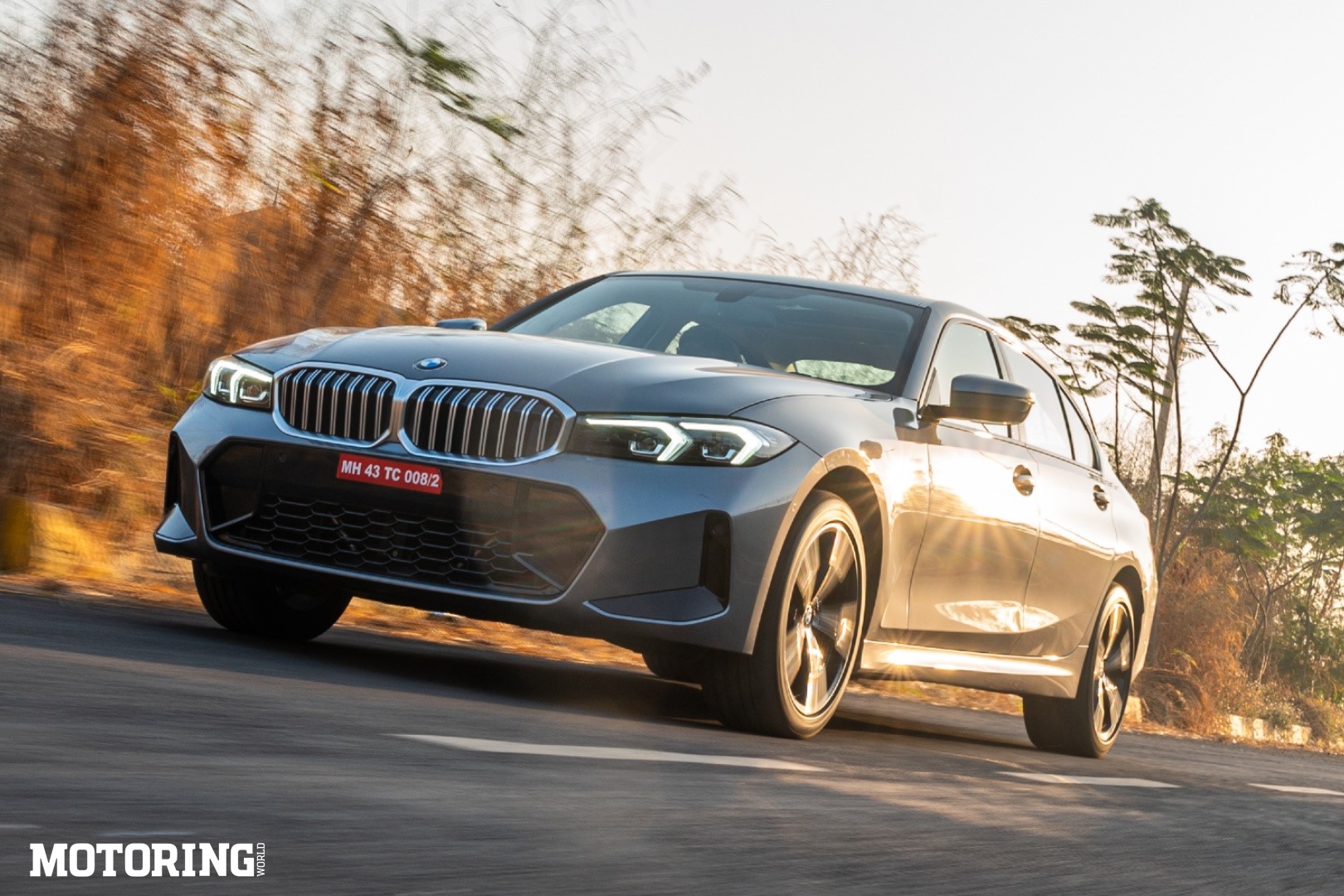 Just two years after the BMW 3 Series Gran Limousine arrived in India, the German luxury brand has brought in a facelift for it. The entry-level luxury limo — essentially the long-wheelbase version of the current G20 3 Series — has been well-received in our market, despite the less than stellar start, and with this update, BMW is looking to build even more momentum. At first glance, it seems like a relatively minor facelift, but we’re trying to find out how that impacts what’s arguably BMW’s most coveted nameplate, at least for enthusiasts, the 3 Series. 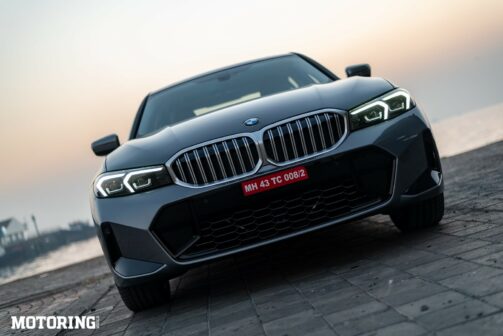 The model seen on these pages is the 330Li M Sport — the top-spec petrol version — and as such it features some rather sporty bits. The new grille, the front bumper with its large air dams, and the sleek all-LED headlights seem to be lifted off the M340i. Those two-tone 18-inch alloys tread the line between elegant and sporty quite well, and that stretched wheelbase length does make itself known, but it didn’t seem incongruous, as the shoulder line with its Hofmeister link adds some much needed muscle and definition to the body. The rear looks similar to the outgoing model, but receives tweaked (and lovely-looking) LED tail lights, an athletic bumper with a faux diffuser, and trapezoidal chrome-tipped exhaust pipes. 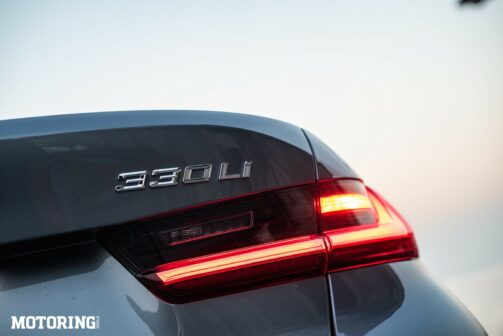 Those who’ve been keeping themselves up to date with the newest crop of BMWs, particularly the i4, will find the 3 Series Gran Limousine’s cabin a familiar place. The reshaped dashboard features some nicely textured beige leather, and black and grey plastics, asking with redesigned air-con vents, giving the interior a premium feel. The new curved display is reminiscent of Mercedes-Benz or Mahindra’s combined screens, which has a 14.9-inch infotainment touchscreen, and a 12.3-inch digital instrument cluster. Like every new BMW, the infotainment system and the digital cluster run the extremely smooth and intuitive iDrive 8 OS, and the gesture and voice controls also work well enough. 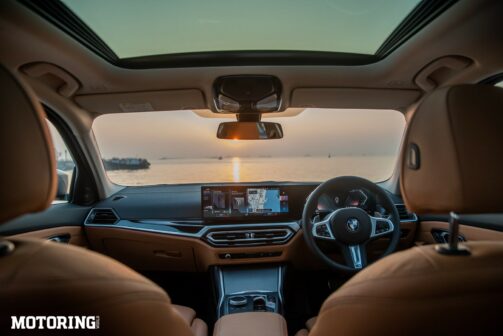 Seat comfort, both at the front and rear, is top-notch, and the panoramic sunroof adds a great sense of airiness. The bright cabin theme also suits the 3 Series Gran Limousine’s more relaxed nature, and makes the rear even more inviting. Calling the space for two at the back ample is a serious understatement, and even headroom is more than decent despite that tapering roofline. However, the overall quality seems to have taken a slight downturn — fit and finish under the dash and seats didn’t seem to be up to BMW standards, but these bits aren’t all that visible. 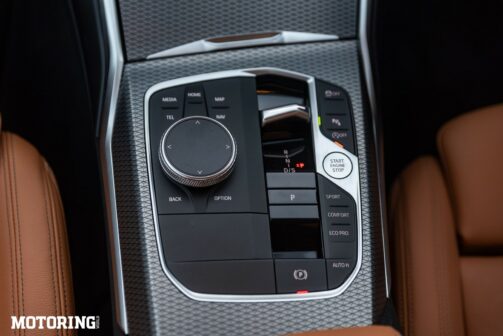 For those looking for an above par chauffeur driven experience will continue to find the 3 Series Gran Limousine on their shortlist. You’d be hard-pressed to find a better ride-handling balance at this price point, as BMW has opted for a softer suspension setup than the standard 3 Series. This has resulted in a very pliant ride, with even the worst of Mumbai’s roads barely filtering in. The long wheelbase and relatively low ground clearance means that you’ll have to pull the usual side-to-side manoeuvre to get over the larger speed breakers, but other than that, the 3 Series Gran Limousine is quite easy to drive in the city, despite its size. Highway cruising is also the 330Li’s forte — it’ll mile-munch with the best, and leave you relatively fresh even after a long journey. 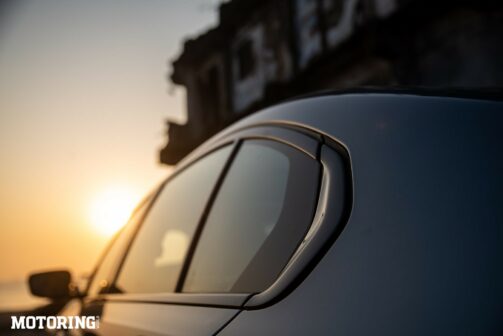 What the soft suspension also results in is compromised handling, but only relative to the standard 3 Series. Take a sharp corner at speed, and you’ll feel the body roll, and even in Sport mode, the steering didn’t feel as feelsome and direct as the normal wheelbase version. In fact, that extra length does make itself felt when you’re trying to have some sideways fun with this rear-wheel drive BMW. It isn’t as confidence-inspiring to push hard on a set of twisties, but it is enjoyable enough in short stints, especially in a straight line. And in spite of not measuring up to the standard 3 Series, the Gran Limousine is still among the better handlers when compared to contemporaries like the Mercedes-Benz C-Class or Audi A4.

At least the 2.0-litre four-cylinder turbo-petrol engine is more or less unrestrained, yet refined. Making 255 bhp and 40.79 kgm of peak torque, this unit is capable of propelling the luxury sedan to 100 kph in just over 6 seconds. Power is sent to the rear wheels only via a superbly smooth 8-speed automatic gearbox. The engine note is thrilling in the top-end, though still muted enough not to attract unwanted attention. All in all, like the rest of the Gran Limousine, the drivability is quite an acceptable compromise between sporty and leisurely. However, to me, this means that the Gran Limo may be branded incorrectly. 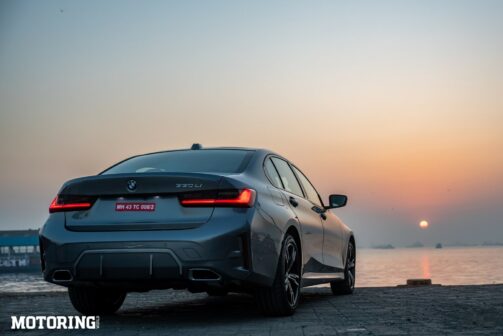 Branding is a funny thing, and can often result in misleading the consumer. Take Pepsi Max, for example — it’s the low-calorie, sugar-free version of Pepsi, but the name suggests it offers more, rather than less. I’ve found the BMW 3 Series Gran Limousine’s value to be in this vein, as it doesn’t really live up to the thrilling 3 Series nameplate (hence the Lite), but what it does have is the attention of the Indian audience. 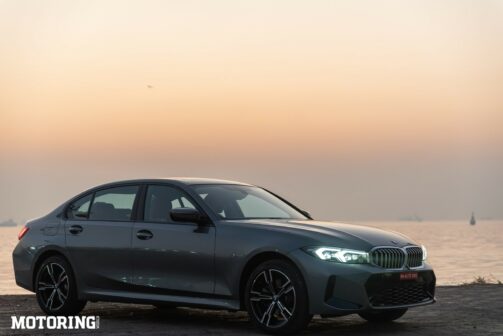 Priced at Rs 57.9 lakh, ex-showroom, India, this 330 Li will seem worth the cost to anyone who wants a spacious, modern, and comfortable entry-level luxury limo, that’ll also entertain every once in a while — in other words, it’ll trump its closest rival (the C-Class) on price, driver engagement, and interior space. The compromise that enthusiasts will know exists is off-set to a great degree by the plushness on offer, which, for most Indian buyers, is a worthy substitute.