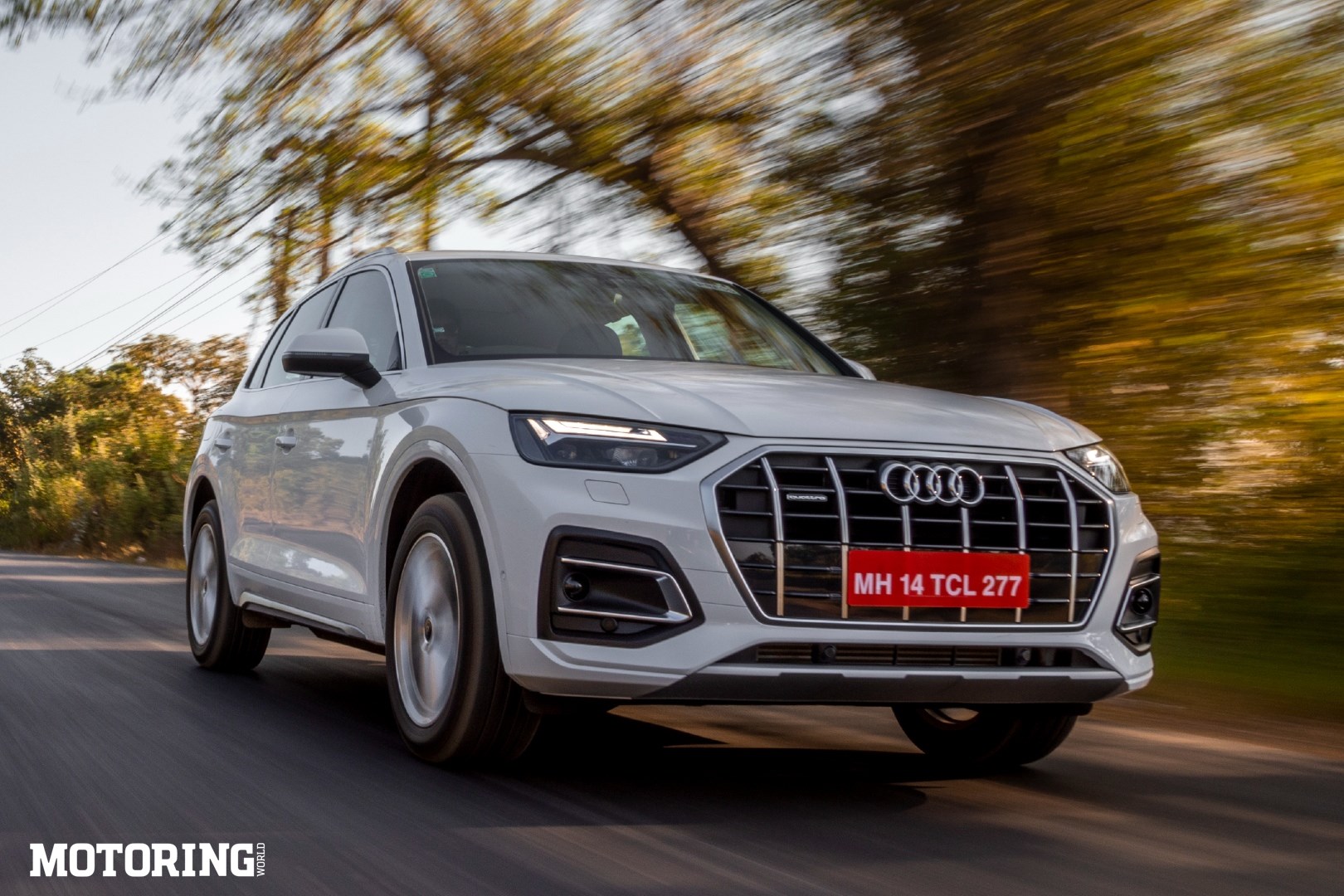 No one can accuse Audi India of being slow with its products, at least in 2021. The return of the Audi Q5, in facelift form, marks the German brand’s ninth launch this year. And it’s quite an important launch considering that Audi’s Q brand, a designation used for its SUVs and crossovers, used to account for 45 percent of the company’s sales. The reintroduction of the Q5 in BS6 form means buyers now have the choice of a mid-range Audi SUV as, until now, there was just the small Q2 (available in very limited numbers), the svelte Q8, and the ballistic RS Q8 to choose from.

It seems like Audi has played it rather safe with the Q5 facelift’s design. Yes, there is a degree of freshness to the Q5’s look, but the changes are subtle. These include the sharper LED headlights, new LED tail-lights, the larger, vertically-slatted octagonal grille, and refreshed aggressive bumpers. Other changes include the upsizing of the wheels (from 18-inches to 19-inches), a metal strip connecting the tail-lights, and some silver trim below the doors. Overall, the updated Q5 remains a sharp and good-looking SUV, though those looking for a more dramatic design may feel a little disappointed.

It’s a similar story on the inside. The biggest difference between the Q5 facelift’s cabin and its predecessor is the larger, 10.1-inch touchscreen infotainment system, with the latest MMI software and Apple Carplay and Android Auto compatibility. It’s much nicer and far easier to use than the previous Q5’s dial-like toggle on the centre console. I also like that there are physical buttons and dials below the system for the three-zone climate control, and buttons to alter the drive as well. I’m not a fan of having all these functions integrated into the infotainment system as you’ll have to repeatedly take your eyes off the road to access them. The ‘Virtual Cockpit’ instrument cluster also gets sharper graphics and looks better than before.

Another subtle change, which does enhance the ambience of the interiors is the use of a piano black finish, which replaces the previously available faux wood trim. As before, the Q5 is a spacious and luxurious SUV. All the seats offer plenty of support and there’s more than enough room for four adults to stretch their legs. The reclining rear seats definitely make the rear a nice place to be in, though a USB port at the rear would have been a good addition. In addition, there won’t be any complaints about the 550-litre boot either.

On the other hand, for an SUV that’s expected to cost around Rs 60 lakh, ex-showroom, there is one bit of equipment that’s missing — ventilated and heated seats. Still, Audi hasn’t really skimped on the features set. The top-spec Technology trim we drove gets an excellent 19-speaker Bang & Olufsen sound system, wireless phone charging, a pretty large panoramic sunroof, adaptive dampers, park assist, and eight airbags.

Like the rest of the VW Group, Audi has decided to only offer petrol or electric powertrains moving forward, which is why the superb 2.0-litre and 3.0-litre TDI engines available with the pre-facelift model will not be on offer. So, does the updated 2.0-litre TFSI turbo-petrol engine do the job adequately enough? Well, for the most part, yes. Badged 45 TFSI in Audi-speak, this 246-bhp BS6-compliant engine is 3 bhp down on power compared to the BS4 motor, though it’s not something you really feel. It’s as refined as ever, provides more than adequate push — courtesy the 37.73 kgm of peak torque — and feels energetic besides. 0-100 kph is said to be demolished in 6.3 seconds, and you won’t have to worry too much about the mileage either. ARAI says you’ll go 17.01 km on a litre of petrol.

All this power and torque is sent to all-four wheels via Audi’s Quattro all-wheel-drive system, and a quick and smooth 7-speed dual-clutch automatic gearbox. While the output figures are par for the course in this segment, and not really something to write home about, it’s the gearbox that really makes the Q5 a bit fun to drive. Driving in an exuberant manner is rewarding, in the sense that the transmission always knows how to extract the best from the engine. The paddle shifters definitely add to the feeling of control, and even multiple downshifts take but a microsecond’s response. Unlike some of its ilk, this 7-speed unit is outstanding in bumper-to-bumper traffic as well, and there’s none of the expected clunkiness when shifting at low speeds.

Speaking of speeds — low or high — ride quality is a forte of the Q5. Even Dynamic mode, which firms up the suspension and steering, is sufficient for all but the most bombed out roads, though you’d best stick to Comfort mode if you’re expected to traverse some really rough stuff. Which neatly brings me to my next point: the Off-road mode. Switch to this only if you’re going to do some proper off-roading as the Q5 in Comfort mode will take on mild trails with ease. In fact, the Off-road mode engages the hill-descent control rather drastically and if you’re on a mildly rough terrain, it kicks in almost unnecessarily.

Now, this is a pretty large SUV and darting around corners is not what it’s made for. The steering feels a bit disconnected and you’ll feel the Q5’s weight on a set of twisties. Still, there is a certain level of enjoyment to be had if you switch to Dynamic mode, which dials in body roll significantly. Even Comfort mode is decent enough if you’re on the Mumbai-Pune Expressway’s ghat section.

All in all, if you’re in the market for a midsize luxury SUV, the updated Audi Q5 should be on your shortlist. Both variants — Premium Plus and Technology — are expected to be priced quite competitively, too, which is another reason to go for it. The lack of a diesel powertrain and the subtlety of the changes are among the demerits, though that shouldn’t stop you from buying what is essentially a pretty good all-rounder. BMW, Mercedes, and Jaguar better watch out, cause Audi’s back. 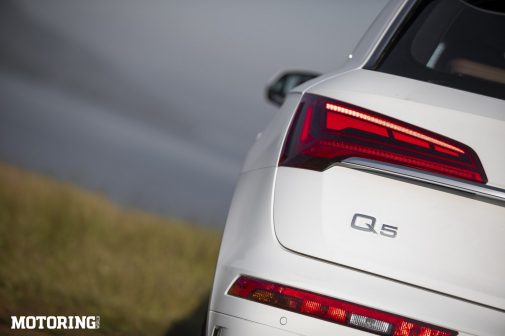