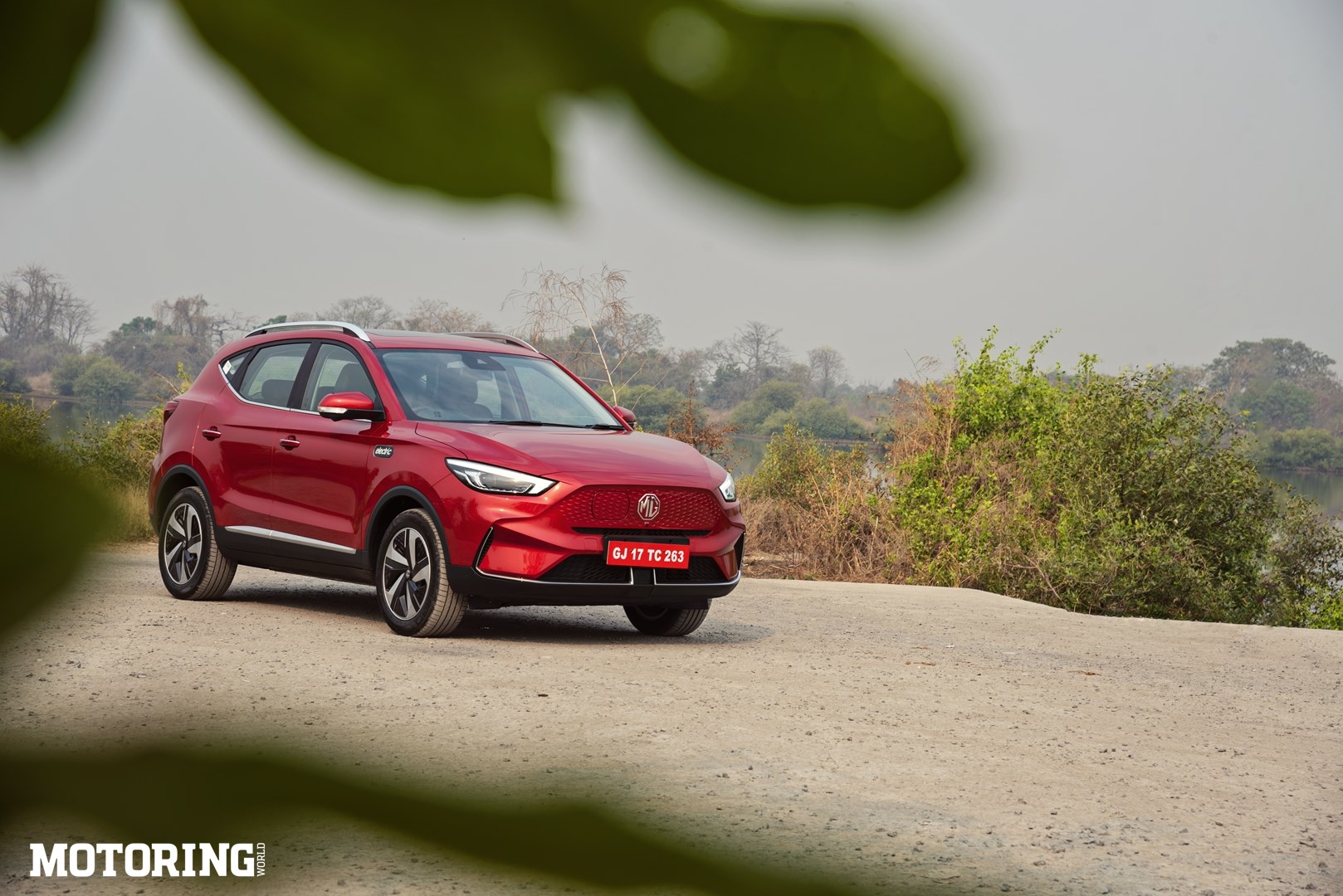 When the MG ZS EV arrived two years ago in the nascent, mass-market EV segment, it found plenty of adherents, not least because of its competitive price tag, its ease of use, and the range its battery offered. Looking to broaden its appeal, MG Motor India has opted to be the first to update its all-electric offering, and the upgrades are far more than just cosmetic. With the upgrades also comes an increase in price, which means that, for now, the ZS EV is the most expensive mass-market EV on sale today, with prices ranging between Rs 21.99 lakh and Rs 25.88 lakh, ex-showroom, India. 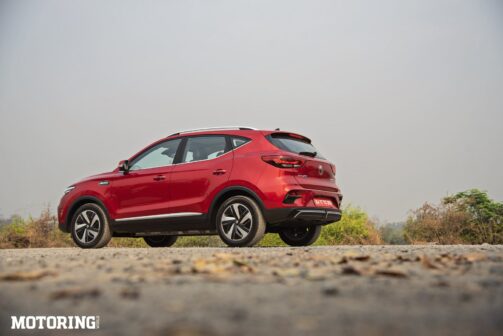 Sure, that might change when its rivals, the Hyundai Kona Electric and (to an extent) the Tata Nexon EV get their respective facelifts. However, is the Rs 50,000-70,000 premium the ZS EV facelift commands justified? To be completely honest, even on paper, it does seem to be the case. There’s the obvious design changes, the increase in equipment, and even a larger 50.3-kWh battery pack and a more powerful 174-bhp motor. Let’s see if that holds true on the road as well, starting with the design. 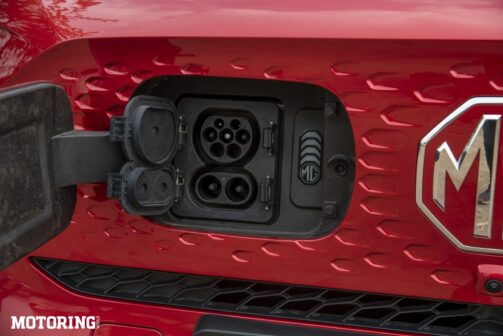 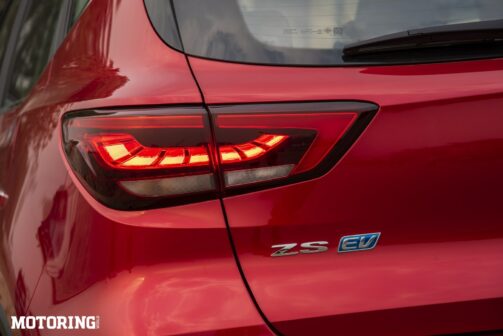 Those who have seen MG’s Astor will see a striking resemblance between the ICE car and the ZS EV facelift, from the slim LED headlights and attractive wraparound tail lights to the sporty stance. Yes, the all-electric version does get some bits that are unique, but there’s no getting away from the overall crossover design. I have to admit I’m not a fan of the front grille — the overly upright, body-coloured, blanked-off frontal section is a polarising choice in my book, though I expect it’ll grow on me. I also did have a bit of OCD kick in when I realised the charging port has moved from under the MG logo to a side recess on the grille. The two-tone 17-inch alloys do add a touch more sportiness to the package. 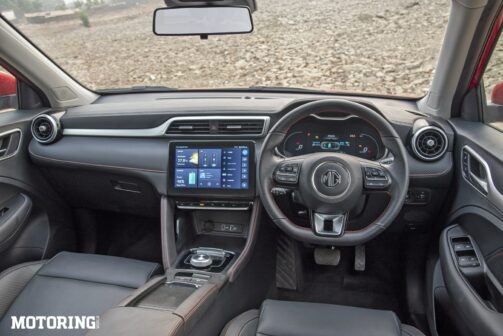 While the insides of the ZS EV facelift don’t see a major revamp, the use of lighter grey materials and the red highlights do enough to make the cabin seem fresh. What also helps bring the ZS EV’s interior up-to-date is the addition of a clear 7-inch digital instrument, and a large 10.1-inch infotainment touchscreen. I’m actually glad the AI-powered assistant from the Astor isn’t available with the ZS EV, as it seemed a little gimmick and would have increased the price unnecessarily. However, nearly all the Advanced Driver Assistance Systems (ADAS) and safety features — like the 360-degree camera, rear cross traffic alert and blind spot monitors — from the Astor have been carried forward, providing a good sense of security. 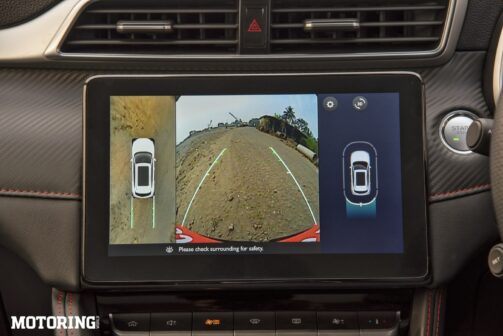 Coming to the upgraded powertrain, both the battery size and the motor’s outputs have increased by a substantial amount. Thanks to the additional 5.8 kWh, the ZS EV now has a claimed range of 461 km on a single charge, which is a 42-km improvement over the pre-facelift model. Considering the older model managed a little more than 300 km in the real world, expect the new ZS EV to stretch that figure by 20-30 km, which is no bad thing. 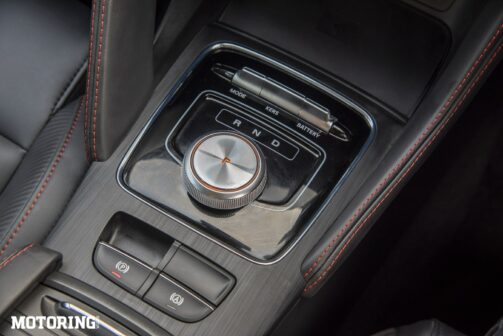 And then there’s the additional 43-bhp available from the front-mounted electric motor. MG says the ZS EV facelift will sprint to 100 kph in a scant 8.5 seconds, and even after a few minutes in the car, you can tell that it’s most likely true. While the linearity of acceleration hasn’t changed, it’s the level of shove you feel that has. As before, there’s enough grunt for 95 per cent of situations you may find yourself in, and there’s even some fun to be had if you’re in the mood. 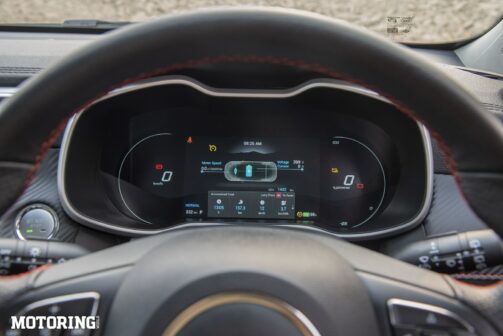 The ride-handling balance isn’t a cause for too much complaint for a car this size, and the feeling of being planted in the corners is enhanced as the heavy battery pack mounted below the seats ensures body roll is kept well within bounds. A more feelsome steering would have amplified the sporty nature, but I think I’m asking too much of it now. A slightly stiffer suspension set-up may also help high speed stability, not that it’s too bumpy, but that would have added just a bit more confidence on the highway. 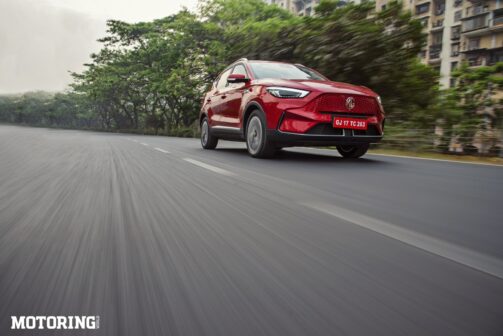 All in all, the Rs 70,000 premium for this top-spec ZS EV Exclusive variant is more than justified, both on paper and on the road. As the first of the mass market EVs to get a facelift, it’ll be interesting to see if MG manages to draw more customers from its rivals, at least until they get their respective upgrades. In the meanwhile, if you’re looking for a budget EV, but can spend a bit for some premium kit and a refined drive, the MG ZS EV is a damn good bet.