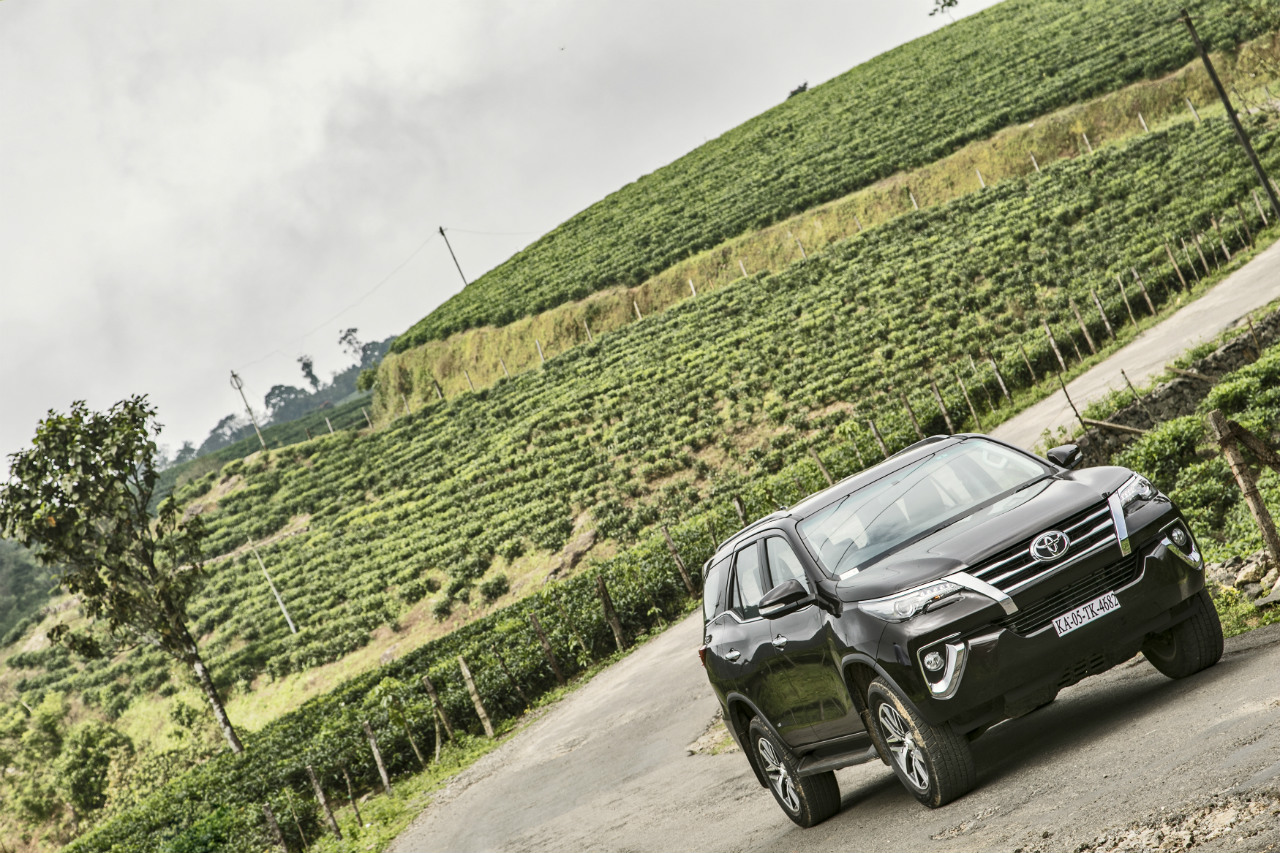 I’ll cut right to it – the new Toyota Fortuner is a solid effort. It’s got the proportions just right, it’s got a bunch of engine and transmission options that can get pretty confusing quite fast, and it feels thoroughly updated from the inside and out.

From the moment we walked into the briefing right before the drive, Toyota’s representatives kept harping on about the balancing act they’ve been through with the new Fortuner. They’ve been taking customer feedback into consideration and have since been working on an update for the Fortuner that makes it as butch as the previous iteration but also a lot more attractive. Has it managed it? In my eyes, it’s an interesting approach Toyota’s adopted for sure, but I wouldn’t go so far as to say that it’s on my list of cars that I’d deem pretty. It works, though. The Fortuner’s meant to be big and intimidating, and it manages the same with ease. It’s not as rounded as the previous one, either. Smart cuts and creases adorn the car and while the front looks a bit over-the-top with all that chrome, the rear tail-lamp integration and the profile in general are spot on. What you need to know is that the new Fortuner is based on a new platform, and with it comes a whole bunch of improvements to make it one heck of a force to be reckoned with off the road. The frame is stiffer, the cross beams meatier and the suspension’s now happier to live with thanks to larger shock absorbers. The new Fortuner is longer, wider and heavier than the one it replaces, but it all works out for it in the end.

For the drive, Toyota gave us the diesel and petrol versions of the new Fortuner to sample – both with automatic gearboxes. The petrol is a 2.7-litre unit that’s seen in the Innova, while the diesel – the one we’ll be focusing on in this review – is a 2.8-litre unit that makes 175 bhp and 42.8 kgm with the manual gearbox equipped and 45.8 kgm with the auto. To drive, the diesel auto feels pretty easy to live with. Working your way up the six speeds is quite easy, and Toyota’s now given it paddle shifters, too, so you can drop the gearlever in Sport mode and have more control over your rate of progress. The engine is plenty refined, that’s for sure, but the problem comes in when you’re in a bit of a hurry. The engine gets really noisy and you end up short-shifting the thing just for a little bit of peace. Up to around 3500 rpm, the Fortuner chugs along pretty well, after which progress gets retarded, so it’s best to keep the revs below that point. To further enhance the experience, Toyota’s given the Fortuner driving modes – Eco and Power, and both are pretty self explanatory in terms of what they do, I suppose.

What’s really impressive about the new Fortuner, however, is the ride and handling. I’m not proposing track days, but the Fortuner did surprise with its limited body roll around sharp corners. That, and the ride is absolutely phenomenal, with the Fortuner getting rid of any undulation on the road it can find. Hats off on this aspect, Toyota. The steering is also a good effort with the steering light enough at parking speeds. Push the car a little at higher speeds, though and it’s not all that reassuring. What’s cool is that Toyota gives you the option of switching between 2WD, 4WD and 4WD Low instead of having just a full-time four-wheel drive function.

Does it all make sense, then? There’ll be an extensive review up in Motoring World’s December issue, but for now, it’s safe to say that the new Fortuner is a good deal. Its prices start at Rs 25.92 lakh for the base petrol, stretching to Rs 31.12 lakh for the 4WD diesel auto. It’s a bit more expensive than the Ford Endeavour from variant to variant, but it’s substantially less expensive than what we thought it would be. Check it out, you must. Toyota’s gone and done it really well this time.