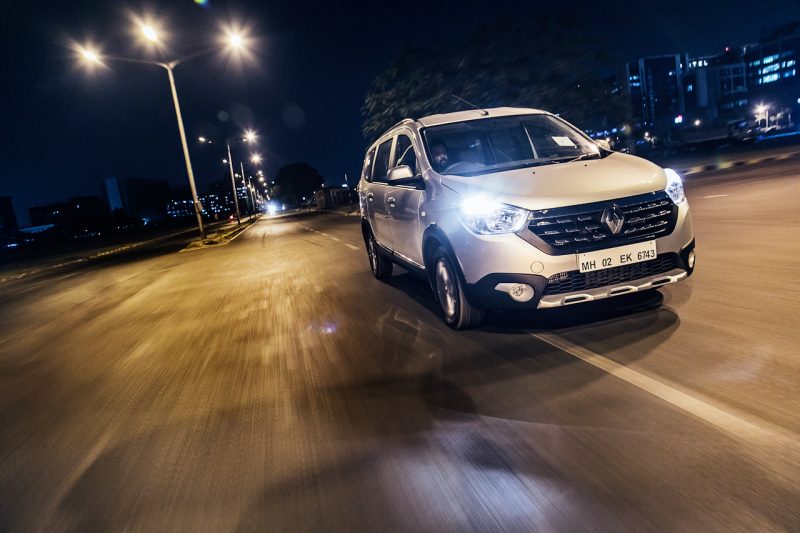 There are times when even the best moments go unnoticed in the banal lives that we lead. A psychology major won’t go amiss if you’re on the quest to find out why that happens. But from where I see things, it comes down to the choices we make. An MPV for instance is more of a necessity rather than something you’d want. Which brings us to the Renault Lodgy Stepway. It’s not the priciest, neither is it the most utilitarian, so why are we talking about it, you must ask. Well, without having to reach for the bookends of the MPV segment, the Lodgy promises to address both the needs and wants, and more so in the MY2017 version here.

You see, if we were to discuss the million changes that the marketing and engineering teams from Renault mentioned in the press release, we would be daft. If we were to let them go unnoticed, we would be ignorant. Hence to save our ars*s, without doing injustice to the work done on the Lodgy, let’s instead talk about how complete it feels as a package; a meticulously wrapped one at that.

It’s based on the same platform as the Duster, sharing both the engines and underpinnings (mostly) with the compact SUV. But on the inside, it’s more spacious, has a slightly different feel from behind the wheel, and is in a different league as long as we’re talking about the ride quality. Keeping in mind that the Duster rides and handles marvellously (for what it is), that is quite a compliment for the Lodgy, isn’t it?

The version we drove had a 1.5-litre diesel engine (VGT/108 bhp/25 kgm/19.98 kpl) mated to a six-speed gearbox (with a dog-leg reverse, no less). With maximum torque available from under 2k rpm (1750 rpm, says the company data), it doesn’t prove cumbersome in the city. Although the clutch needs some getting used to, the power delivery is close-to-excellent for a vehicle of its kind. The controls elsewhere are almost car-like, but with a reassurance that there’s a solid platform underneath — something other car-like MPVs fail to achieve. On the move, it’s confident, not skittish one bit, and good enough to help you enjoy driving without having to ask your brother in law’s best friend to take the bus. Because the Lodgy has two or three extra seats, depending on the version you choose. More friends = more fun, innit!

So where does it go wrong, you must wonder. It’s the little bits that the Lodgy falters on. The AC controls for the rear two rows are fiddly to say the least, the overall fit and finish can easily be a notch better, and the seven-inch touchscreen system needs to learn a thing or two about being useable, especially in 2017. Same goes for the driver’s seat height adjustability mechanism; I won’t mind something like that in a quadricycle, but this is a full-fledged car, for crying out loud.

Look beyond that, and the Lodgy has everything covered. As Anubhav pointed out, in reference to a very different car from a very different segment, this one has its basics right. And that’s where the Lodgy shines. So much so that if you were to ask me for my favourite MPV under Rs 15 lakh, it would surely be the Renault Lodgy Stepway. How well it stacks up against the country’s favourite MPV is something I’m keen to find out — probably sometime next month. But for all it offers, the Lodgy is something that would make you take longer routes back home, longer journeys over the weekends, and shorter lines through corners…

Pretending to clip apices, but here’s a caveat: don’t do it with your passengers still in the third row, unless you want your car’s interior stained. It’s an MPV after all. A fun one at that — one that doesn’t deserve to go unnoticed. Regardless of how banal your life is.

As published in the May 2017 issue of Motoring World. Photographs by Kartik Sadekar