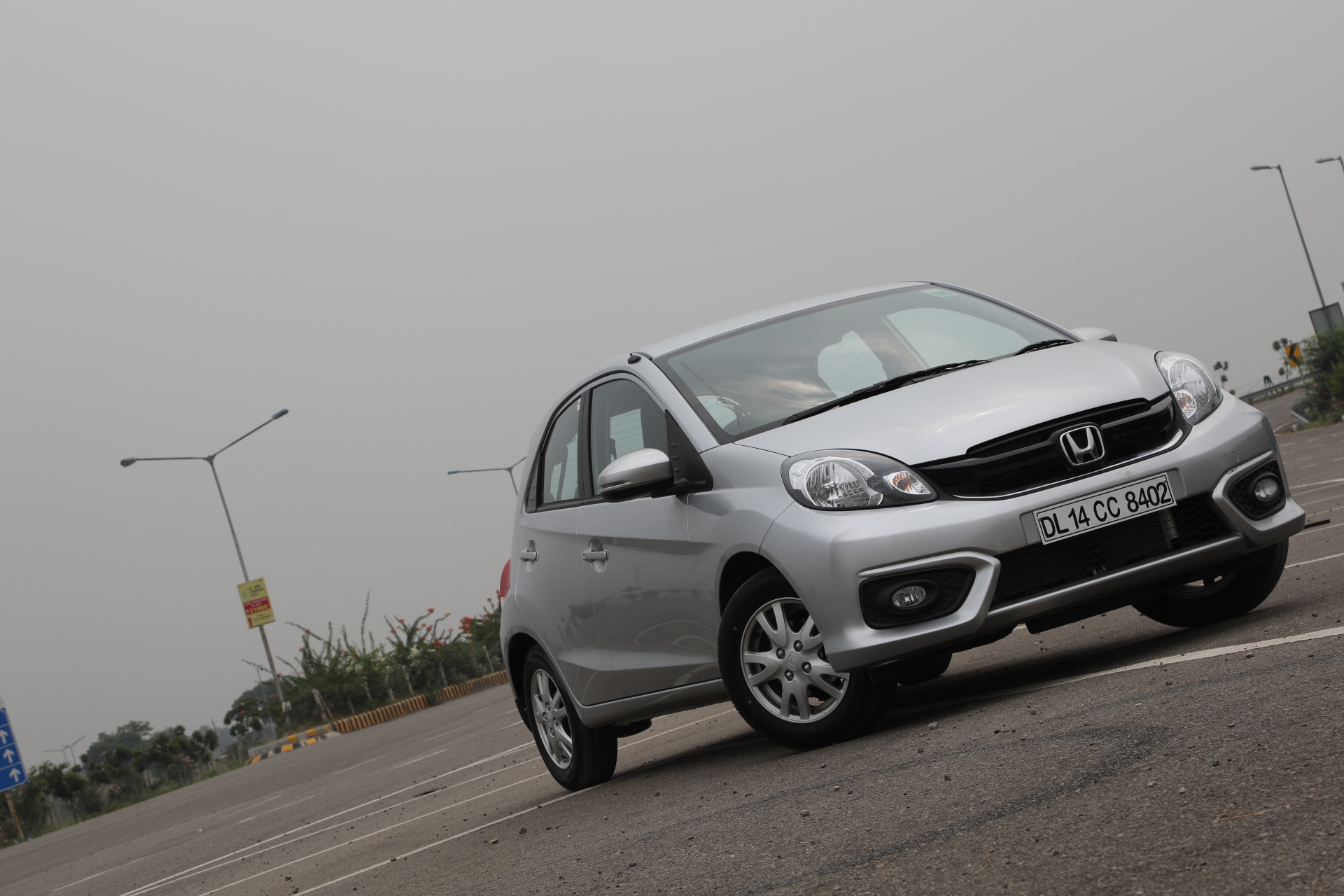 I remember my first time out driving the Honda Brio. It was around five years ago, and there was a sense that Honda had something pretty special. No, don’t get me wrong: this isn’t some advertorial where the truth is masked by a fat wad of cash. It genuinely had so much going for it thanks to the ridiculously low weight and a generous amount of power from the 1.2-litre engine. And that sound. That phenomenal sound when you’re strangling that engine for all it’s worth.

It lost its way, though, because of a bunch of things like the bare interior, the lack of practicality and a somewhat ambitious price tag. Over the years, Honda added bits and bobs to make it slightly easier to live with but the biggest and most significant improvement has to be the one Honda’s just made to the Brio.

Thankfully, it’s given the dashboard a complete overhaul. There’s an immensity of black the moment you get in if you’re driving the top-spec VX. There’s a neat infotainment system now, and it has Bluetooth and other connectivity options. The rotary knobs have made way for buttons and a digital screen. The instrument cluster is now much better looking, despite being borrowed from the Jazz and City. All of this makes the Brio’s inside a whole load more bearable, and it’s genuinely a comfortable thing to potter around in.

Has the motor changed? Sadly – and weirdly enough, gladly – it’s the same. The same 1.2-litre inline-four does the job. Power output stays the same and you get the option of a five-speed manual or a 5-speed torque converter to choose from. It’s a sound package that ends up being punchy only in the upper half of the rev range, but if you’re driving around aimlessly and at a sedate, grandma-like pace, you’re good because it’s a smooth engine. The manual gearbox is a bit rubbery but it does the job, while the torque converter does a nice job if you aren’t attempting a land speed record. That’s why I mentioned that I was glad Honda hasn’t changed anything here because for the kind of people Honda’s targeting, it’s just right. If, however, you’re looking for a hot hatch kind of experience, forget it. It may still be a light car with a generous amount of power, but a bit more power would go a long way in making it perform like a hot hatch. I’m a bit let down because something just seems amiss about the Brio’s engine now compared to when it was launched here. It just doesn’t feel as fun to ram the accelerator and watch the tacho spike to the redline. It feels a bit more labored, slightly more lethargic, and kind of unenthusiastic. Maybe Honda’s tuned it a bit more for efficiency, maybe the extra kit has added a bit of weight to the Brio or maybe I’m just being picky. Whatever it is, it’s definitely two of those three.

That said, it’s still so much fun to chuck around. The steering’s lifeless but the ride and handling are brilliant. It’ll understeer when you enter a corner too hot, but it is a front wheel drive car that has the engine in the front, so what do you expect?

Overall, though, it’s a big thumbs up from us if you’re considering the new Brio. The car doesn’t look bad at all and the quirky styling lives on. The inside is so much better now and you can sit pretty comfortably at the back, too. The only thing is that it doesn’t have a diesel option, but the way petrol is coming back, that’s acceptable for now. And for the price (Rs 4.69 lakh for the E MT, Rs 5.20 lakh for the S MT, Rs 5.95 lakh for the VX MT, and Rs 6.81 lakh for the VX Auto), it’s a pretty good deal, too. Job well done, Honda. Just get us a hot version of the Brio now. Soon, preferably!