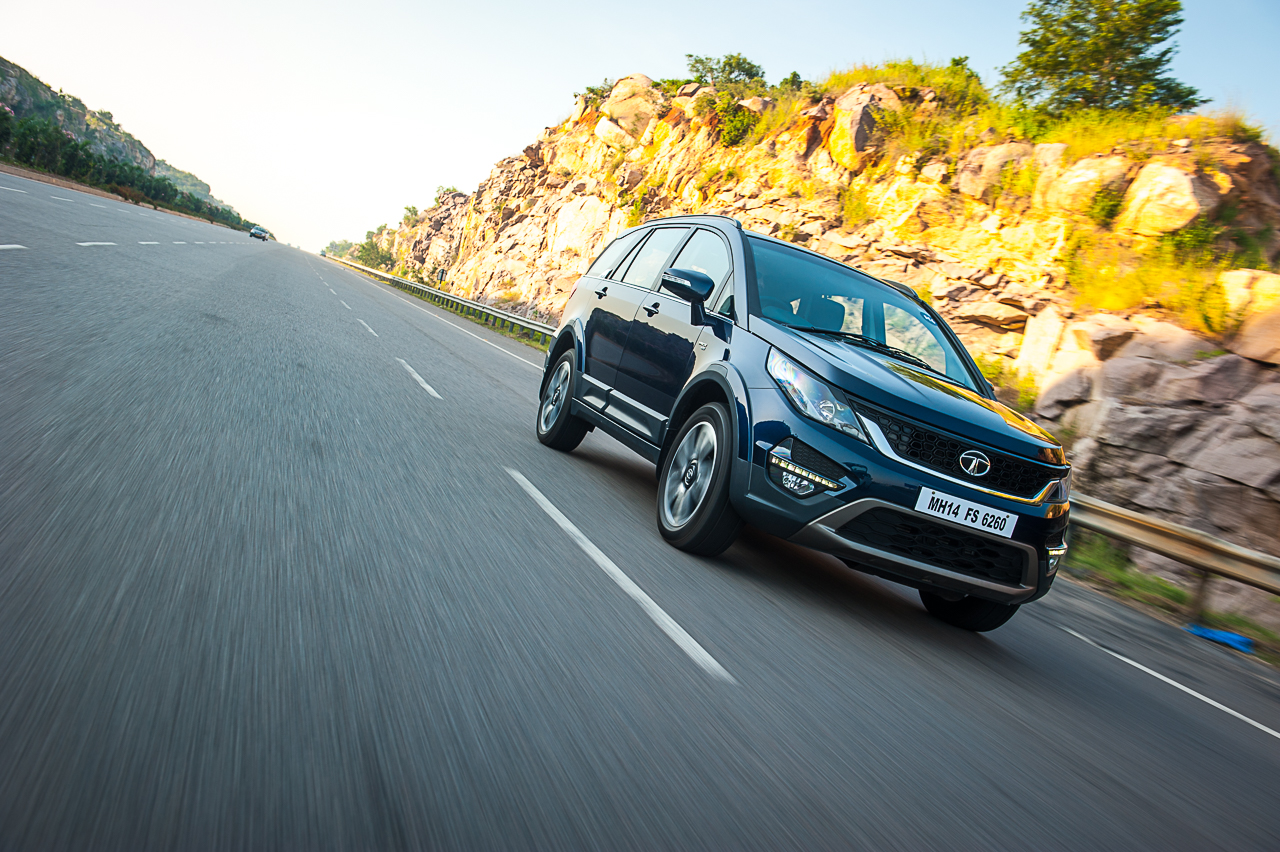 Aside from being a neat-looking thing, the Tata Hexa has a bit going for it. A fair bit, actually. What follows is essentially what you should know about the Hexa. I’ll keep it short so you can get on with looking at videos of cats online thereafter.

What Is the Hexa?
It’s simple. Buoyed by the success of the Tiago, Tata wants to take another crack at the premium end of things with a butch and manly-looking SUV/MPV/whatever you want to call it. Things didn’t go too well the last time Tata tried to do something similar with the Aria, but it’s learned from its mistakes, hopefully, and is coming to the party armed better this time.

All Right. What’s new?
A lot. Everything’s been freshly designed, and from the outside it seriously looks like Tata’s gotten the right inspiration, wherever it came from. There aren’t any odd angles, and it’s intriguing to look at, much more so in person than in the pictures you see. We had a fair few people ogling at the Hexa on our drive, and people genuinely seem impressed by its design, us included. It’s more of the same inside. Tata’s put in a lot of thought, and you’ll find that most of it is ergonomically sound. Of particular note is that sweet-sounding 10-speaker JBL system that Tata says has been customised for the Hexa. There’s also cruise control, auto headlamps, and a reversing camera among other features. Connectivity options are all in place and Tata’s even come up with a bunch of new apps you can download to make the connectivity seamless.

It’s a pleasing, comfortable cabin to be in, and over long distances the Hexa makes a lot of sense thanks to the well-cushioned seats. The second row captain seats are accommodating and do well to manage your girth over long distances, but if you’re anything larger than a tiny person, we’d recommend staying very far away from the third row. There is space there, but it’s not what you’d term adequate.

The car runs on 19-inchers and, despite the size, the car rides very, very well. Body roll is kept in check despite Tata admitting that not much has been done in terms of lightweighting. The handling is good, too, for a car of this size.

And the drive itself?
Tata’s using its Varicor400 engine that makes 155 bhp and 40.7 kgm, which is a decent amount. It can be mated to either a 6-speed manual or a 6-speed auto ‘box. The manual gets an option of 4×2 and 4×4, while the auto sends power to the rear only.

How does it drive?
Well, there’s plenty of torque to have you cruising around in urban conditions with ease, with the only issue coming up with the manual ‘box. The gear changes are notchy at best and it needs a lot of refinement if it can be considered average, to say the least. The auto ‘box, on the other hand, is surprisingly fun to have. It’s quick enough, intuitive enough, and even has a sport mode that you can toggle by flicking the lever to the left. This keeps the revs in the meat of the torque band, and while it tends to get a bit noisy, it’s an impressive unit overall.

Worth it, you think?
Sure. Slightly rough around the edges, but it’s worth looking at. There’s no idea yet on the prices, but you can expect it to come in in the region of Rs 13-19 lakh (ex-showroom). If what we’ve seen of how it drives and looks so far is anything to go by, the Hexa needs to be considered before you head to a Mahindra or Toyota showroom.