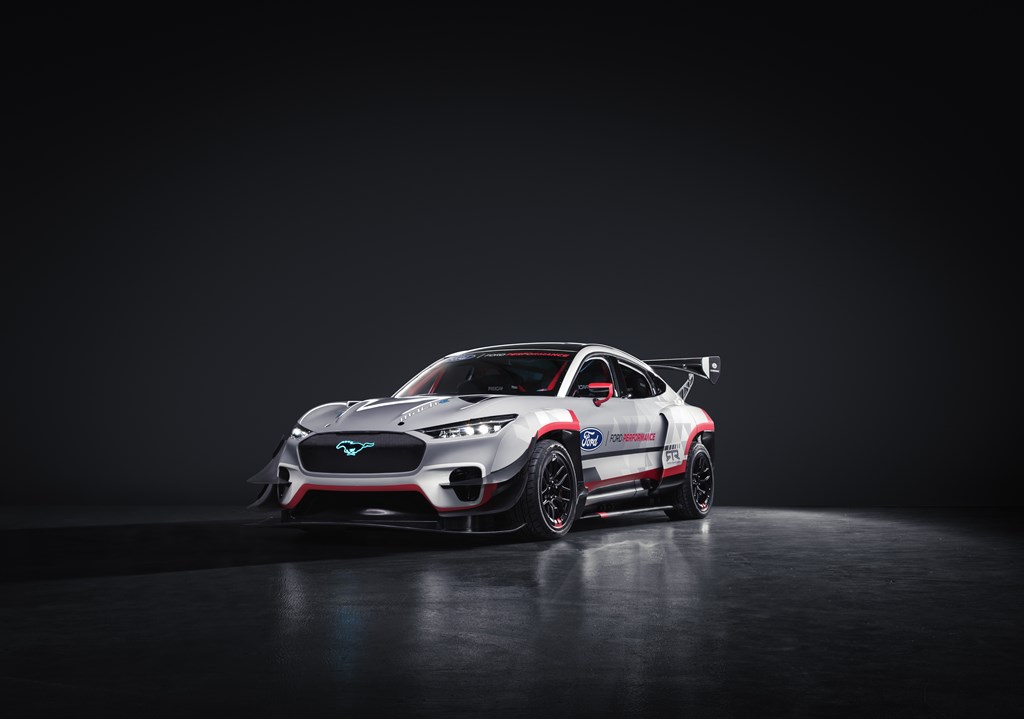 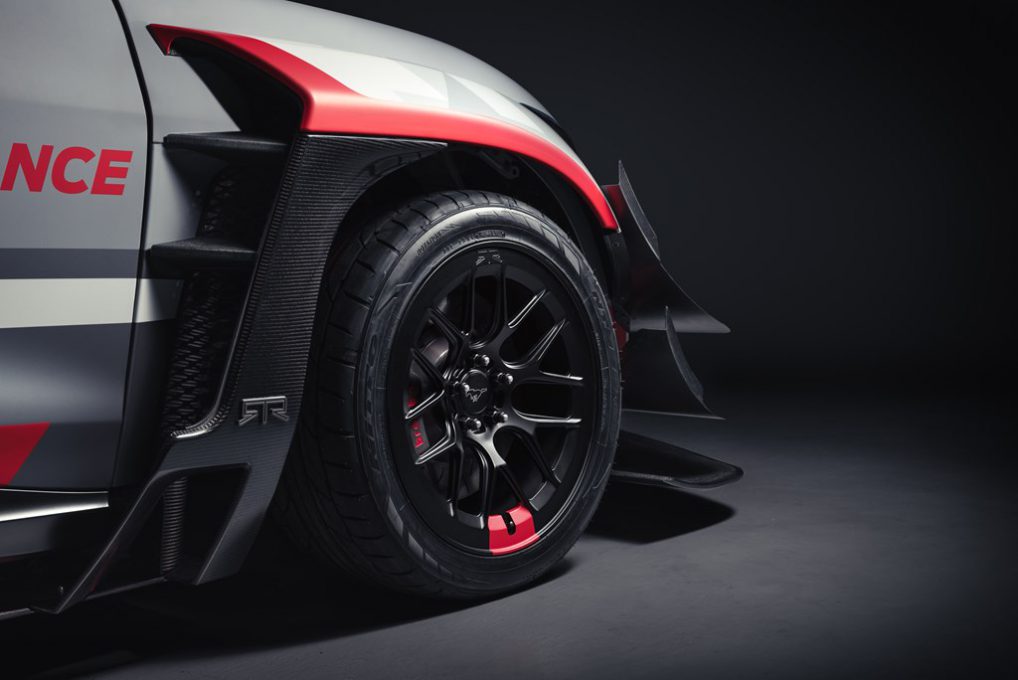 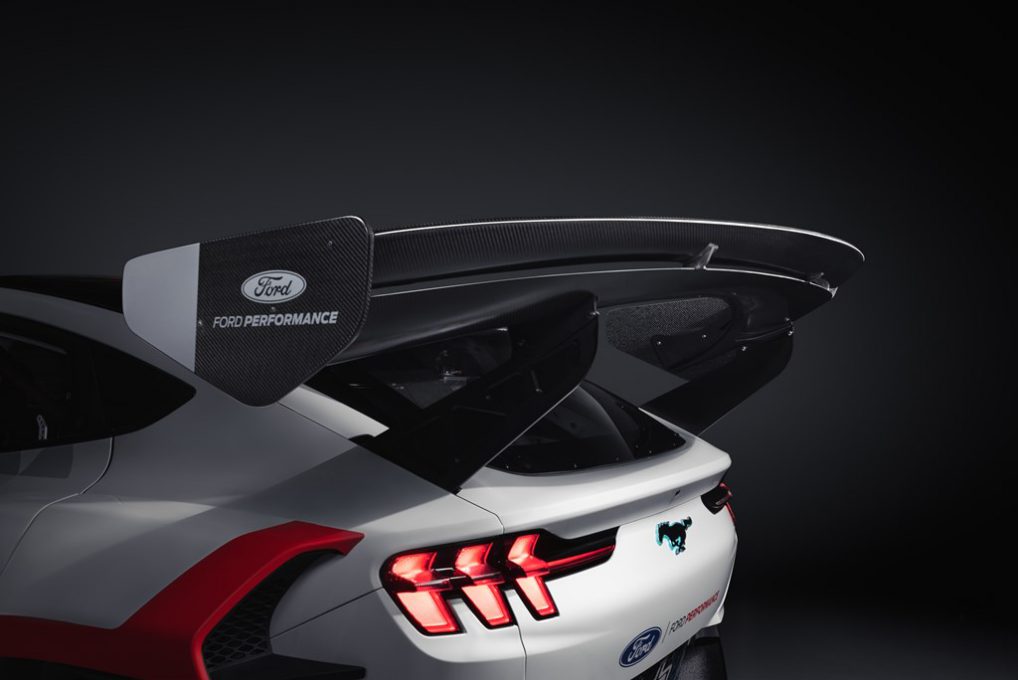 Ford has showcased its latest experiment with the recently launched Mustang Mach-E. If you thought the all-electric Mustang Cobra Jet 1400 was insane, wait till you read all about the Mach-E 1400. Naturally, the 1400 in its name does mean that it’s got 1,400 bhp. And all that power is put down by seven electric motors in total, with three at the front differential and four at the rear arranged pancake-style. It’s built in collaboration with RTR, and the Mach-E 1400 has been tested in various venues like the gymkhana, drift circuit and racetracks as well. Ford even reckons the Mustang Mach-E 1400 is ready to debut at a NASCAR race, even! How’s that for crazy?

The Mach-E 1400 is also a testbed for new materials, which means there’s plenty of exotic materials in use around the machine. Its hood, for example, is made of organic composite fibre, which is a lightweight alternative to carbon fibre, and most of the other components are swathed in regular carbon fibre. There’s no doubt that Ford Performance and RTR were heavily inspired by many of Ford’s race cars. It’s all apparent in the aggressive but functional cooling ducts, dive planes, front splitter and that massive wing at the back. Check out the performance from the Mach-E’s seven electric motors and hear their whine here: 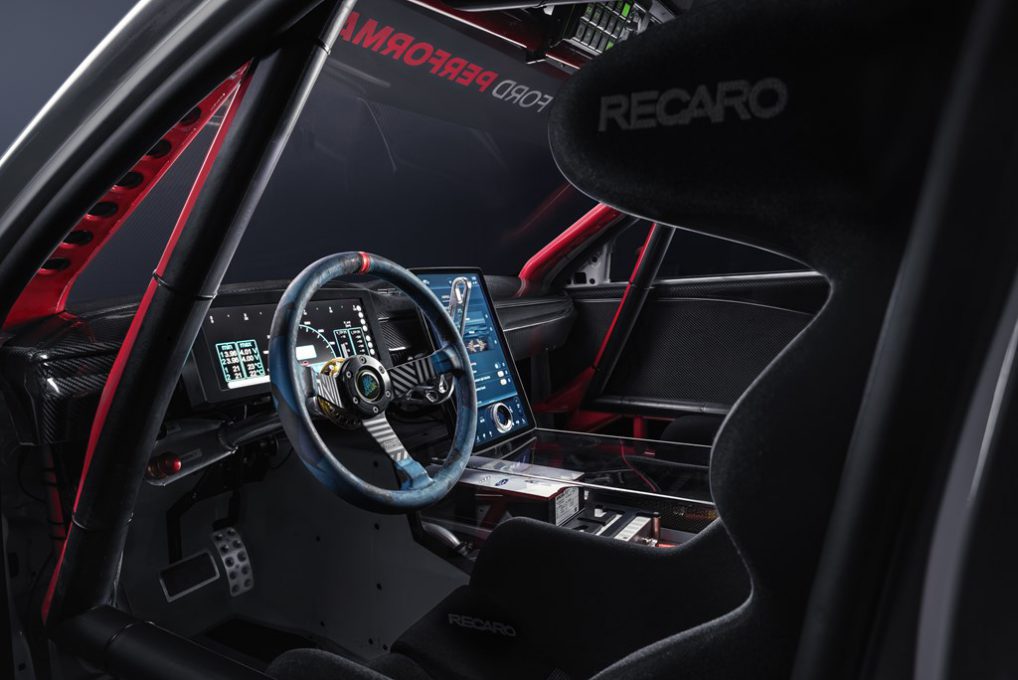 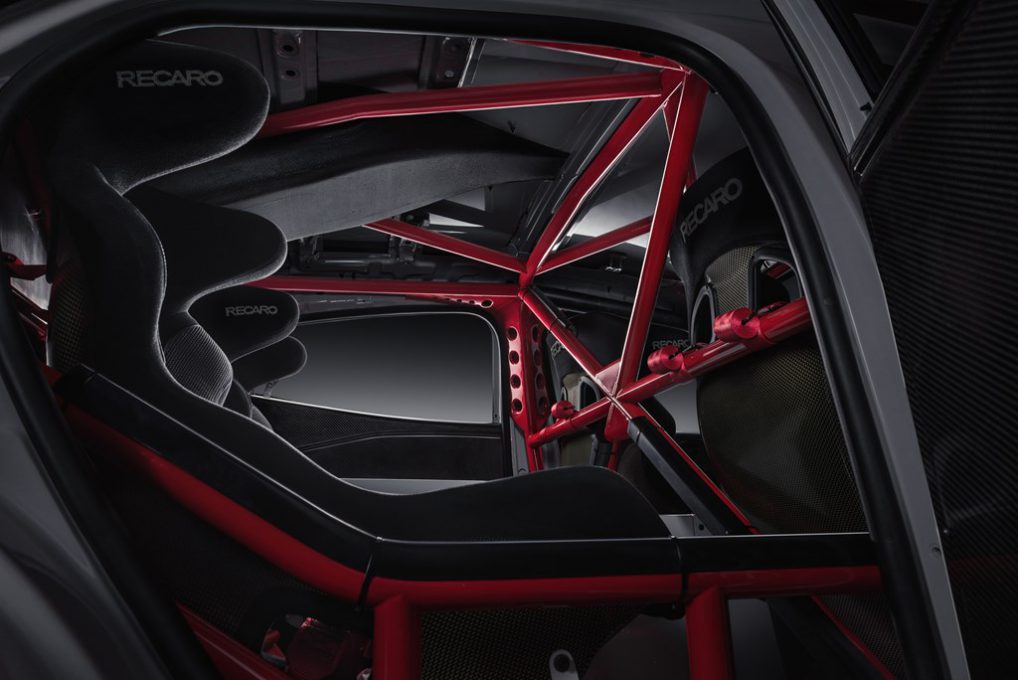