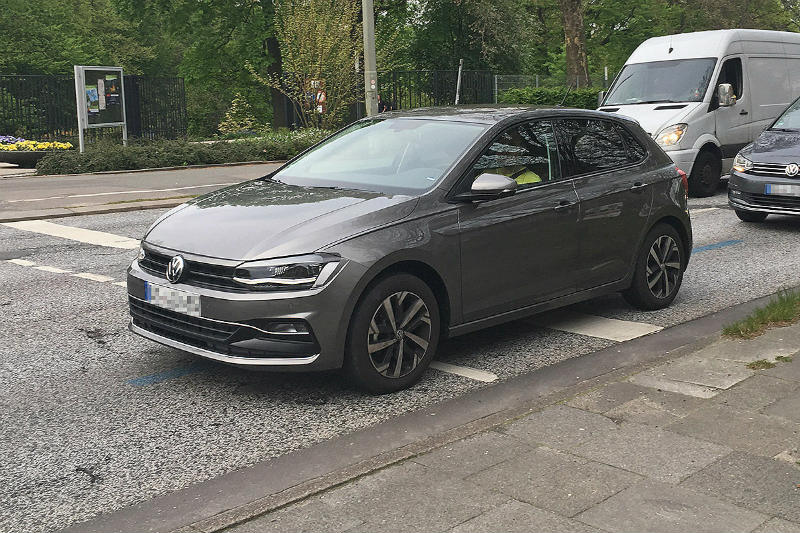 Bringing the next-generation Polo closer to the rest of the range, Volkswagen will use its MQB modular platform for the hatchback (MQB A0 in this case). That wasn’t unknown, but how the sixth generation car would look was. With latest spy shots published by Auto Bild, we might have found an answer to that as well, ahead of the car’s launch in certain markets later this year.

To start with, as is the current theme with most VWs, the next-generation Polo appears to have grown up, with a Golf-like front fascia. The rear is distinctly Polo with squarish tail lamps; but with strong creases, especially on the bumper, it’s far less bland.

Expected to boast a slightly longer wheelbase, the car will offer more space inside, although the overall dimensions are unlikely to see a huge variation. There will be multiple versions of the 1-litre unit (both in NA and turbo-ed versions), but that’s market-dependent; same goes for diesels, too. Also, apart from the regular manual transmission choices, there will also be VW’s dual-clutch DSG gearbox available on certain engines. The GTI meanwhile might get an even more potent 2-litre turbocharged petrol unit.

The usual benefits of using a modular platform (viz. ability to share parts, and make more model lines on the same car) aside, the MQB is also likely to reduce the weight of the Polo. And that will indeed make it more fun to drive.

More details about the all-new Volkswagen Polo will be available soon.