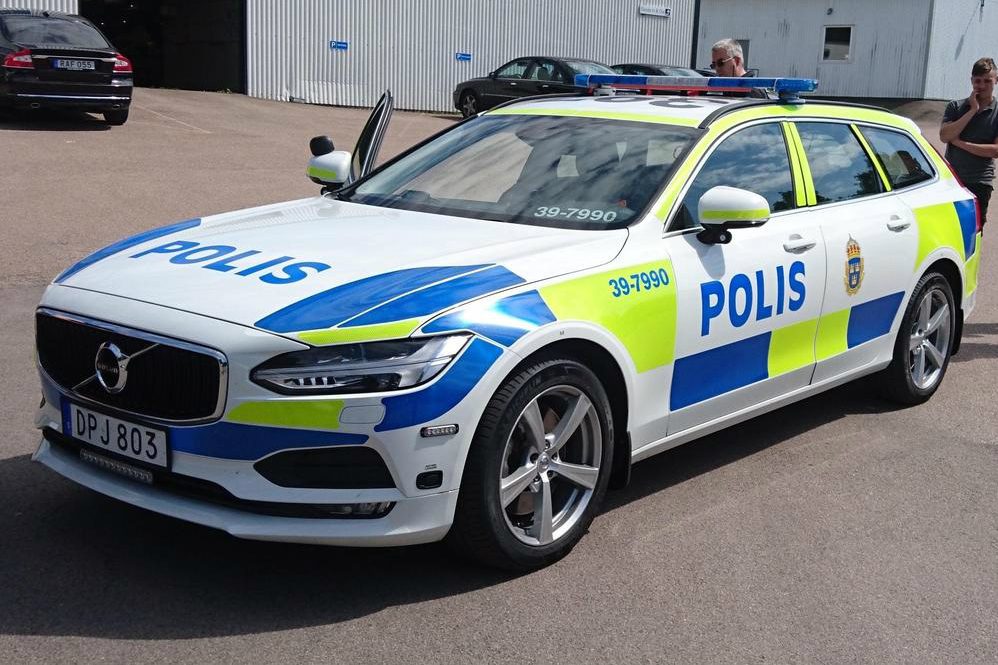 Need a breather from the regular news updates? Well, what could be better than a dapper Volvo in its fine choice of livery. And unlike more regular liveries/paint-schemes this one comes with a lot of responsibility, too. The Volvo V90 in the pictures is said to be the new police car for the Swedish Polis, and needless to say, it’s loveable!

A little recapitulation for all those who’ve missed reading about the V90: the estate shares everything with its saloon sibling, the S90, and is based on the company’s Scalable Product Architecture (SPA) platform. Engine options include 2-litre petrol and diesel units. And while there are going to be both Polestar-fettled and R-Design variants, don’t expect the V90 to beat rivals in terms of outright performance.

And while India isn’t an estate-friendly country, there’s a good chance the V90 Cross Country (based on the V90 but gets a rugged look, better ground clearance, and AWD as part of the standard equipment) will be coming next year. An Indian Police version of the same is, by any sort of imagination, quite a distant dream.

But it would still look pretty awesome, don’t you think?