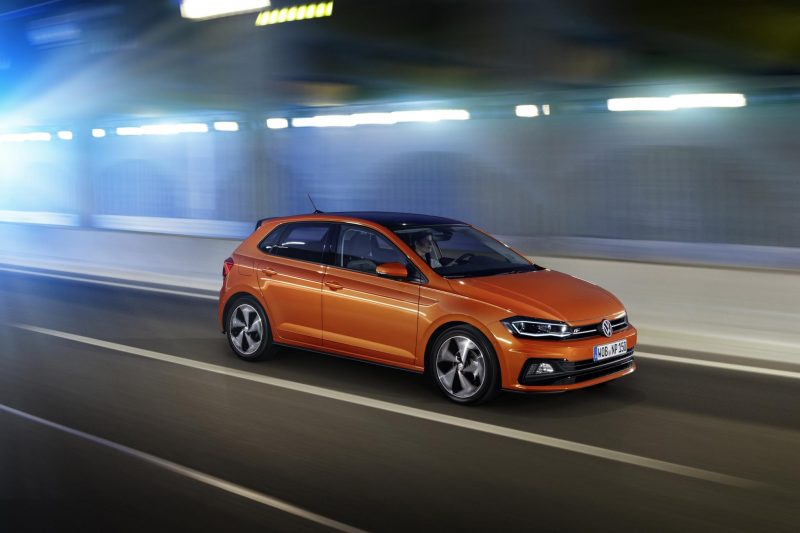 It’s hard to ignore the Polo once you’ve driven it, and the sixth-generation car, unveiled today in Berlin, promises to be even better. While we’ll try to decipher how VW has managed to do that later, first let’s see what the new Polo offers. It’s larger, more spacious, and loaded with features, and goes on sale in Europe and other parts of the world this year.

Keeping the basics intact, it now is wider than before. Adding to which is the slightly lower roofline, an increased overall length, and a grown up design. More proportionate than before, the Euro-spec car is a little more than 4 metres in length (at 4.053 mm; wheelbase: 2.564 m), and as a result, offers more space inside. Apart from the increased legroom, there’s an increase in headroom despite the lowered roofline. And the boot space offered is a segment-leading 351 litres — that’s almost compact saloon category.

Externally the car is more Golf-like in appearance, but with enough lines and curves to have a distinct presence. The daytime running headlamps and the LED tail lamps might not be too different in shape from the outgoing car’s, but they add to the new look. The overall look hasn’t changed; it’s just been improved, hence reaffirming the popular quote, “if it ain’t broke, don’t fix it”.

Engine choices will be the usual petrol, turbocharged petrol, and diesel units. There will also be a natural gas engine (TGI) made for specific markets. There will be both manual and DSG options, but the car remains front-wheel drive only. Speaking of which, the Polo has been one of the more enjoyable FF cars out there. And with the new model, it’s said to be a better handler. Part of the credit goes to the MQB platform, which is being used in the Polo for the first time.

Also included for the first time (that too on a base model) is a plethora of driving aids, including things like autonomous emergency braking. Move up the range and you get wider range of both active and passive safety systems, like Adaptive Cruise Control, Rear Traffic Alert, Blind Spot detection, and even a semi-automated parking feature.

On the inside, there are two screens: one on the centre console (6.5-8 inch, depending on the variant), which displays everything from media playback to menus, and the other is the Virtual Cockpit — an all-digital instrument panel for the driver; also a segment-first. The all-new design is still pleasing to the eye, and in pictures at least, more conventional and good-looking. There will be 14 colours to choose from, lots of optional extras (including adjustable suspension, Keyless Access system, a large sunroof, etc.) and a wide range of models, including the special-edition Polo Beats which will also be available in the latest avatar, complete with a 300-watt speaker system.

But sitting at the top of the line-up will be the Polo GTI, scheduled to make a public debut later this year. Not just in design alone, the new GTI will now be powered by a 2-litre TSI engine which makes 197 bhp, and has the ability to do a nought to a hundred in 6.7 seconds.

Prices for the base version will start at €12,975 for the base Trendline version. Its launch in the Europe will be followed by other markets. An Indian arrival is yet to be announced, but given that the Polo is an important car for VW, we expect an official statement soon.

Note: Photos of the R-Line-spec VW Polo shared for representational purposes only