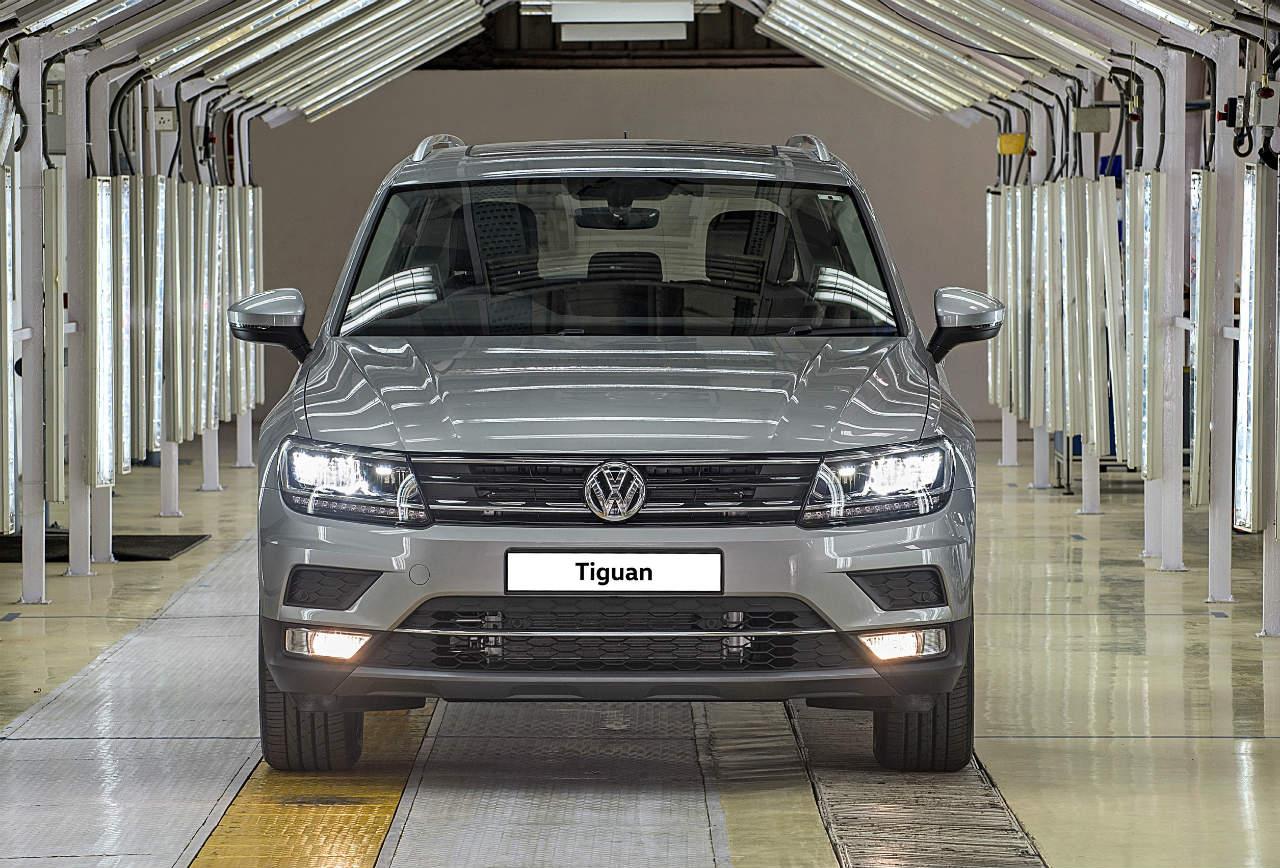 Volkswagen has officially begun the production of the upcoming Tiguan SUV in India, at its facility in Aurungabad, Maharashtra. Scheduled to launch this year, as confirmed earlier, the Tiguan will be the only SUV in the German carmaker’s line-up in the country.

While the seven-seat Tiguan Allspace is confined to European and US markets, the one sold in India will be a five-seat model. Based on the firm’s modular platform (MQB in VW speak), it will be offered with a 2-litre TDI (diesel) engine mated to a seven-speed dual-clutch gearbox (DSG).

Announcing the commencement of production of the Tiguan, VW India’s Director, Michael Mayer said, “We are delighted to introduce one of our most successful global products to the Indian market. The Tiguan will be our premium SUV offering for India and will cater to the unceasing demand in the segment. Our customers will now have an extended portfolio, ranging from hatchback to executive sedan, to meet their requirements at our showrooms.”