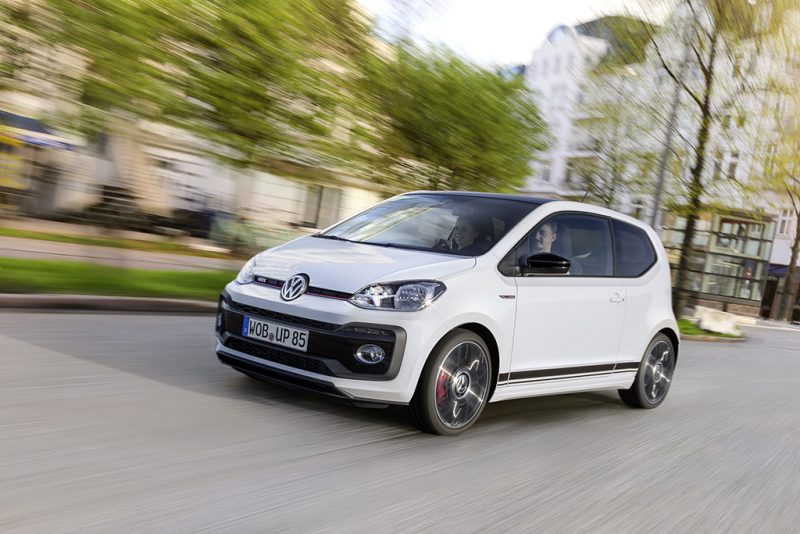 The Volkswagen Polo GTI will no longer be the smallest of the GTI-branded cars the company makes. The up! will soon wear the fabled three-letter badges, come 2018. But first, Volkswagen has decided to showcase the car in a production-ready concept form, at this year’s GTI meet at Lake Wörthersee.

The VW up! GTI Concept also celebrates 40 years since the first-gen Golf GTI was launched. And not only that, its specifications almost mimic that of the car which actually started the whole hot-hatch scene.  Similarly, the concept car gets a red stripe on the grille, GTI badges, lowered suspension (by 15 mm, in comparison to the regular up!), GTI gear knob, ‘clark’ tartan seats, and a leather-trimmed steering, among other things.

There will be five colour choices, which is three more that its aforementioned spiritual predecessor. The modern car will also be equipped with other modern amenities, like a turbocharger, for instance, 17-inch alloys, a roof edge spoiler, etc.

Who wouldn’t want one! (Not coming to India, though, unless Volkswagen is super kind!)