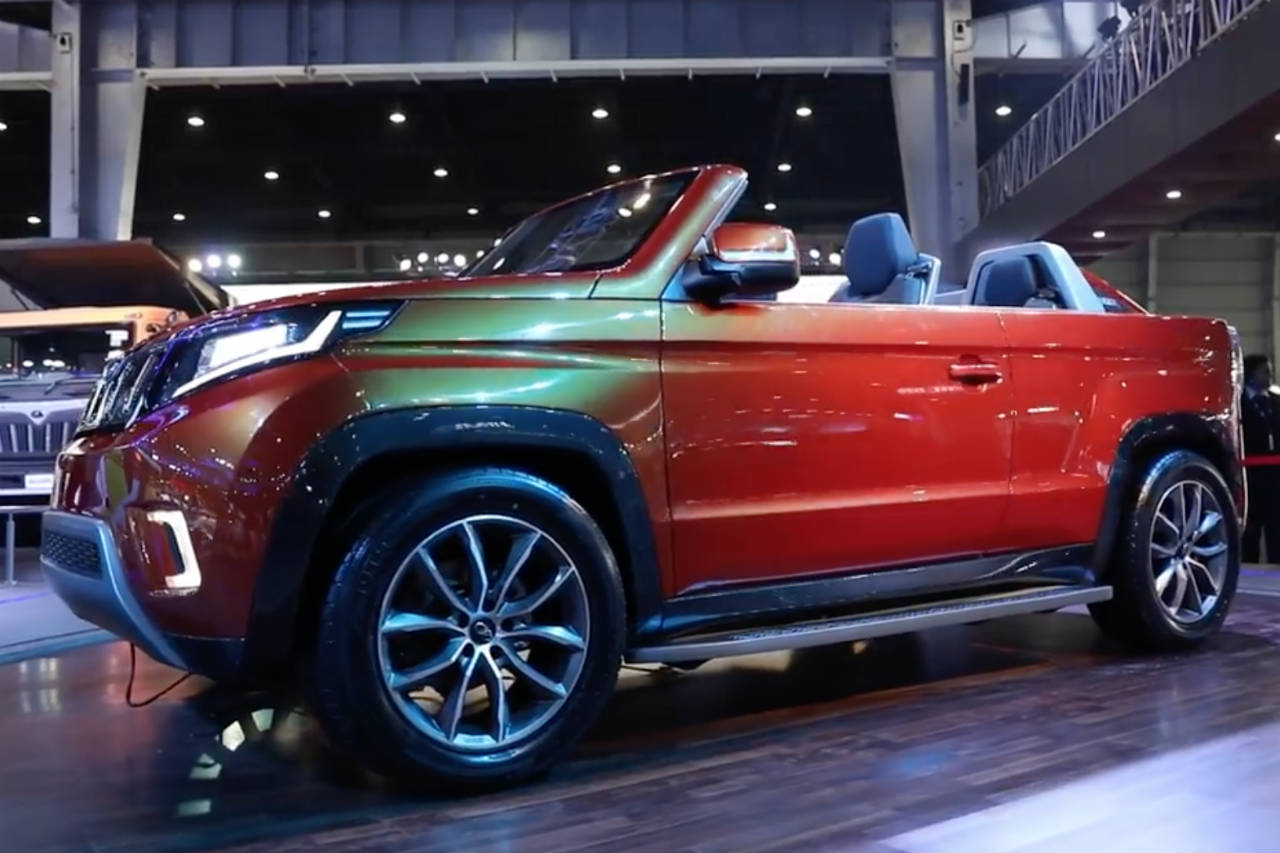 Like the XUV-based Aero concept at the previous Auto Expo, the Mahindra TUV Stinger has managed to get all the attention of Auto Expo 2018 attendees. Based on the TUV compact/sub-four-metre SUV, the TUV Stinger trades in its roof for the coolness of a convertible.

While the lower half of the body remains largely unchanged — except that it has fewer doors now — the new front and rear designs take the concept car appeal of the TUV Stinger even further. The buttresses at the rear and the protruding spare wheel might not be to everyone’s taste, but the Stinger is certainly nothing like whatever Mahindra has made in the past.

Under the bonnet is an engine from Mahindra’s mHawk family (possibly the 2.2-litre unit as found on its larger SUVs) that makes 140 bhp and 32.65 kgm. There’s no mention of AWD, but it won’t be out of place on such a vehicle.