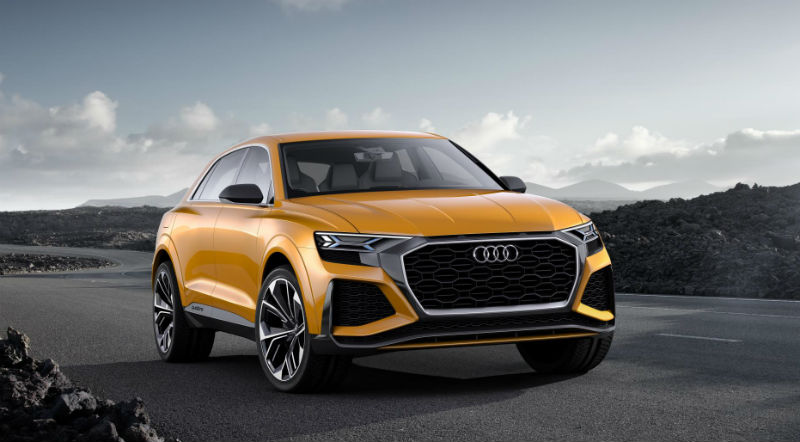 Audi AG has announced that two new SUVs, namely the mid-range Q4 and the flagship Q8, will be added to the company’s global line-up by 2019. These two will complete the Audi’s SUV portfolio, which also includes the Q2, Q3, Q5, and Q7.

In addition, the German carmaker is also looking at adding three new electric models (not necessarily India-specific) by 2020. By 2025, the company wants to further increase the electric model sales, with a target of those (partial or fully electric models) comprising over 30 per cent of overall sales. There will also be substantial development in autonomous driving, too, with the tech’s application planned for a small series of cars early in the next decade, mentions Audi in a press announcement.

Regarding the current line-up, there will be new versions of the Audi A7 and A8 unveiled this year — the latter is scheduled to take place on July 11. By mid-2018, five (including these two) of the present-day models will be refreshed, too.

In India, apart from the refreshed versions of the A3 and Q3, a diesel-powered variant was also added to the A4 recently. The all-new Q5 is expected this year, too. Other new models are likely to be made available at individual events, as Audi, alongside VW and Skoda, had reportedly confirmed that they wouldn’t be a part of the Auto Expo 2018.