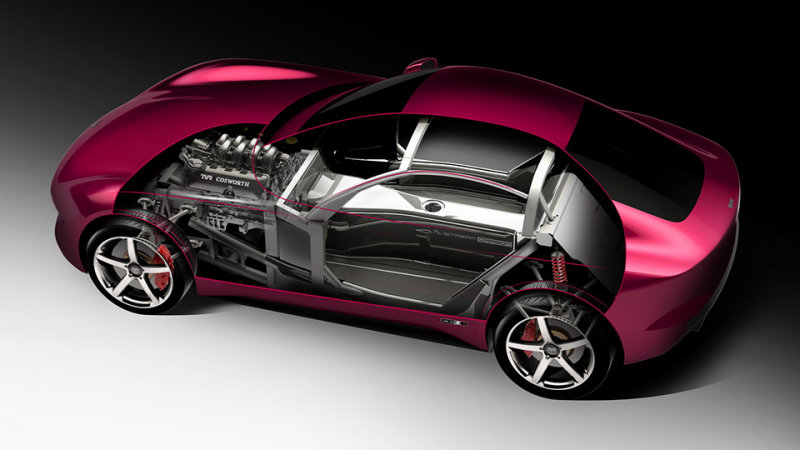 “TVR” – three letters that conjure up images of bad-boy sportcars that you knew were evil, but wanted to tame anyway. Because that would prove how big your, er, driving skill set is. Or maybe you just want to be John Travolta from Swordfish. Either way, TVR seems to be resurrecting itself, and it promises much, thanks to a carbonfibre chassis that has been designed using Gordon Murray’s iStream process. Other things we can gather from the sole image released by TVR are that it will have the engine and drive in the right places for some tail-out action, and the powerplant is a Cosworth V8 unit. The British company has also released an image of the chassis by itself, shown here.

There are a total of 500 units called the ‘Launch Edition’ which will get the carbonfibre chassis at no extra cost (compared to the conventional one) – only 100 aren’t spoken for, so if you fancy a discount on the first of the new generation of TVRs, you might have to hurry.