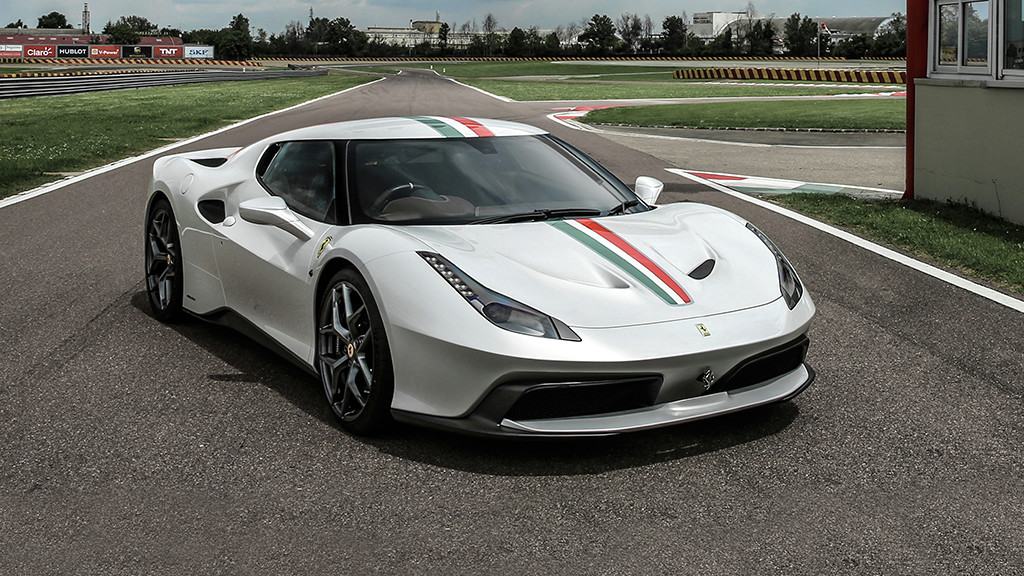 Ferrari’s special project’s division has been busy again and they have revealed their latest bespoke creation for a lucky English customer. Called the 458 MM Speciale, the base car is, as the name suggests a Speciale, but redesigned by the Ferrari Styling Centre. At first glance it looks like as if the designers of the Alfa Romeo 4C, Lotus Evora and the Ferrari 488 GTB got together to design a car and the Ferrari fellow had the last say in the design. Which is not a bad thing at all, and the MM Speciale looks worthy enough to carry the prancing horse badge. Overall, the lines have been have softened compared to the 458 Speciale, to the extent that it really looks a like a derivative of the 488 GTB, instead of the older generation car.

Look closely and 458’s headlamp unit has been replaced by the 488’s one. The extractors are still there in the front trunk, but the sizes of them have been changed. Same goes for the front bumper, which has all the elements of the old car but things have been moved around, made smaller or bigger with a new line here and there. Head on, it can be mistaken for a 488, but side profile will leave most scratching their heads, since this is where the more substantial changes have taken place. The client wanted a ‘visor’ effect for the front glass and hence the blacked out A-pillars, a throwback to the 288 GTO. A ridge line starts from the from the front fender which rises up and ends as the rear spoiler, broken only by an air scoop behind the b-pillar. The 458 Speciale did not have such a prominent air scoop, and instead the air inlet was hidden behind the b-pillar, blending into the bodywork. The changes carry on to the rear with 488 inspired air outlets beside the rear tail lamps and V-shaped segment under the tail lamps, a change from the plain bodywork on the Speciale.

Under the skin, it is still a 458 Speciale and the only mechanical changes have been the addition of a small spoiler to even out the aerodynamic forces and a change in the radiator mountings due to the new air vent. Finished in Bianco Italiano, with the Italian flag’s tricolor stripe and a Cioccolato leather interior with white stitching. The car also features an upgraded audio system, as requested by the client, although, we thought the very purpose of buying a 458 Speciale was to listen to that manic engine, no?