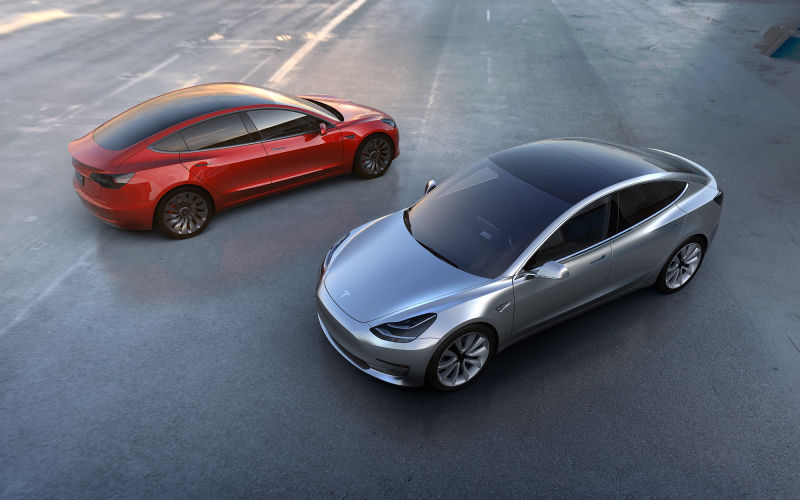 Long snaking lines stretching from the door of the store to the next block. Eager buyers camped out for days. These are the stereotypical images and the stories that one can expect to see and read whenever there is a new launch by Apple, but not something one would expect for a car launch. However when the car in question is Tesla’s new Model 3, the affordable electric car which Elon Musk has promised ever since he created he Tesla, the hype is justified.

The Model 3 is going to be Tesla’s cheapest offering at Rs 23 lakh (before duties), half the price of the Model S which starts at Rs 50 lakh for the 70 D model, going to well over 90 lakh for the supercar-shamer P90D. Tesla says with local tax incentives in USA for electric cars, the price tag for the Model 3 will become even lower. After the price the most important number for an electric car is its range, and Tesla has promised that in its base model (with the least powerful battery pack), the Model 3 can go 346 km on a full charge, aided by Tesla’s Supercharger network of charging stations. Cheaper does not equate to being slow, and even the least powerful Model 3 will reach 100 kph from standstill within six seconds, according to claimed figures. Other than these performance parameters, very little was revealed specification-wise of the Model 3. No word on the battery capacity options or the electric motor details with the only thing which is confirmed is that the Model 3 will use lithium-ion batteries made at Tesla’s gigantic Gigafactory.

In profile, the Model 3 resembles a shrunken down Model S, with the headlights and the strong bonnet lines setting it apart from the Model S. The front also what looks like an a ghost of an Aston Martin grille, which is just sheet metal since electric cars don’t have much need for air, but which looks strikingly different from the Model S’s conventional grille sporting the Tesla logo. Along with the sunroof which extends almost all the way to the spoiler, the other talking point of the Model 3 is its almost spartan interior and the giant TV on top of the centre console. Tesla seems to have dispensed with almost all buttons in the interior with everything being controlled through the touchscreen in the middle surrounded by flat stark empty panels shorn of all buttons, switches, knobs and curiously off ac vents. All Model 3s, though, will get Tesla’s ‘Autopilot’ semi-autonomous driving capability as standard.

Although the Tesla Model 3 has accrued almost 130,000 registrations online at the time of launch, full volume production is some time away since the lithium-ion battery production is still yet to come up to steam at the Gigafactory. The interesting part is Tesla is also accepting bookings from India, and according to the rumour mill, the first Model 3s are going to land here by 2018. What remains to be seen is the price at which are going to be sold here, because with our generous import duties the price will get inflated to around Rs 70 lakh, which is far from Elon’s dream of affordable electric commuting for all.