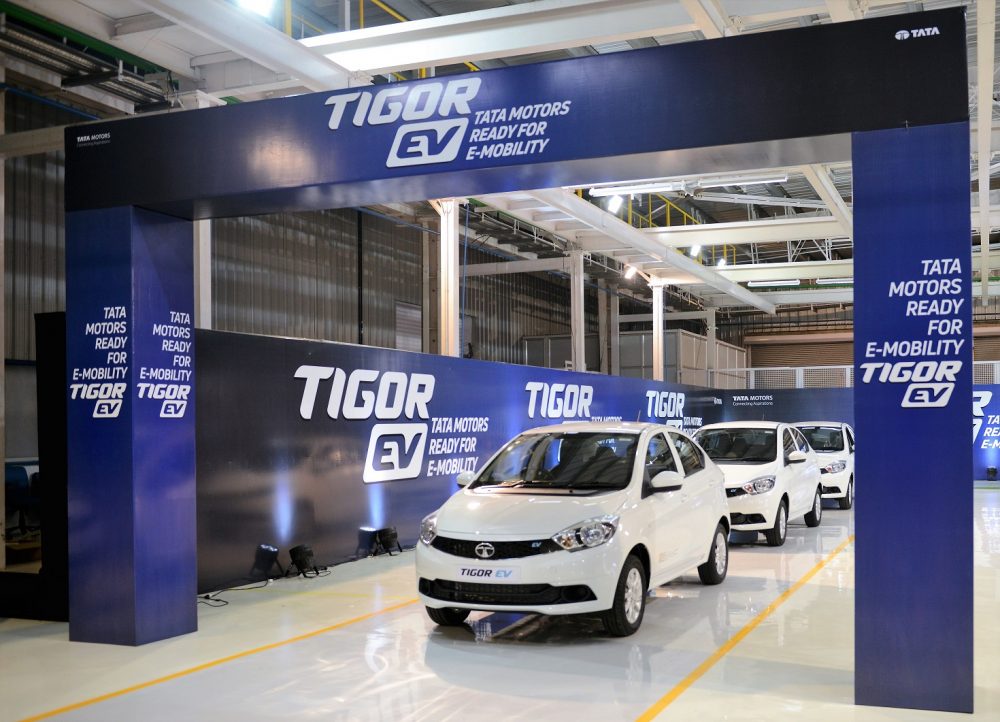 Tata’s latest press release says that the prominent carmaker is committed to the GOI’s vision of electrification of automobiles by 2030. Which sounds good, but has Tata Motors actually done something to support it, you must ask. And as it turns out, it has. The company just rolled out its first batch of Tata Tigor EVs.

While testing electric and even autonomous vehicles is becoming an everyday task at the UK-based research centre, formally launching a car is a different ballgame altogether. Having received a tender of 10,000 cars from Energy Efficiency Services Limited (a GOI entity) in September, Tata’s electric vehicle endeavours are certainly put to good use. The company is to make 250 such cars in the first phase.

The roll-out ceremony of the first batch of Tata Tigor EVs at the Sanand plant (Gujarat) was attended by the company CEO and MD, Guenter Butschek; Tata Group’s chairman, N Chandrasekaran; the company’s chairman emeritus (and the man responsible for the Indica, Nano, JLR buyout, etc.) Ratan Tata, and the Tata staff.

Underneath the metal, the electric systems used in the car are developed and made by Electra EV. The Tigor also gains a little ‘EV’ badge on the radiator grille, and seems to have given a milder styling in comparison to its conventional version.

Tata Motors’s CEO and MD, Mr. Guenter Butschek said, “It is indeed a momentous occasion for us as we have shown an exemplary teamwork spirit to overcome all challenges in delivering this project. I also recognize the invaluable contribution made by Electra EV as part of this team. With Tigor EV, we have begun our journey in boosting e-mobility and offering a full range of electric vehicles to the Indian customers. This tender has effectively paved way for connecting our aspirations in the e-mobility space with the vision of the Government.”