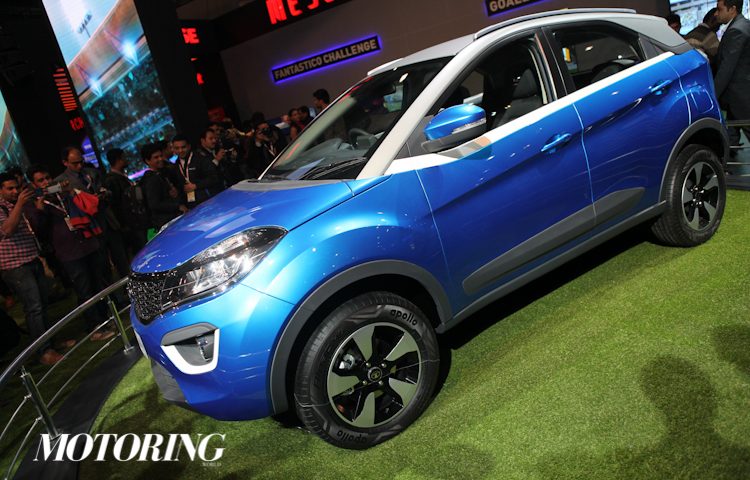 Showcased at the 2016 Auto Expo, the Tata Nexon sub-compact SUV is now the next new product on the company’s agenda. As its festive season launch nears, its engine and gearbox details have been announced.

The front-wheel drive vehicle will come with two engine choices: a 1.2-litre turbocharged petrol and a 1.5-litre diesel. Both the engines are said to be lightweight, and will also get drive modes: City, Eco, and Sport. The new gearbox is a six-speed unit, which is another promising inclusion that will help make a better case for the Nexon in the segment.

The engines will be made at the company’s plants in Sanand and Ranjangaon. They’ve been in designed in Pune, and developed with inputs from AVL, Bosch, Mahale, and Honeywell. More details about the sub-compact SUV will be made available soon.