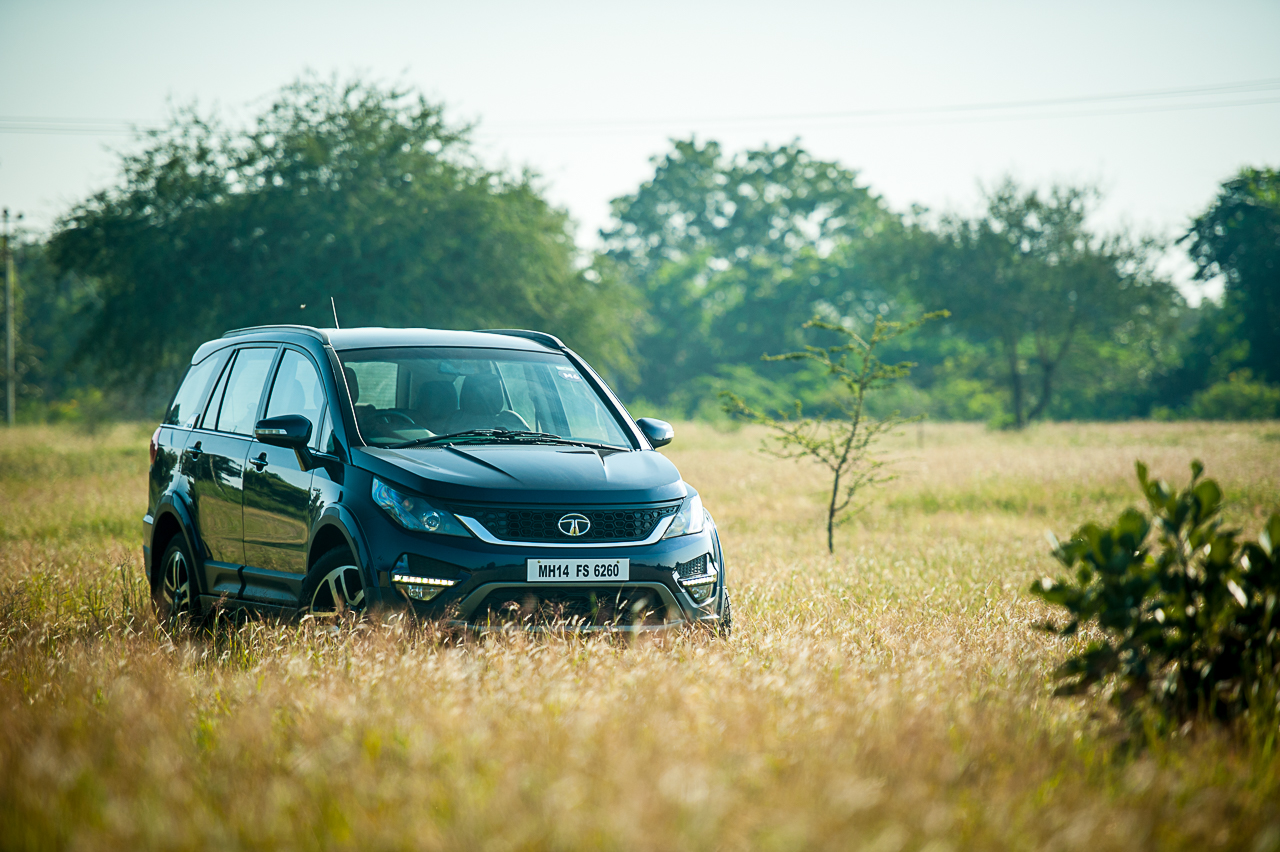 Not too long ago, with slow sales, Tata Motors might have found itself in a momentary rut. It so appeared that they lacked the impetus to regain the lost market share. But all that was proven wrong, as after commendable efforts, Tata products started to become relevant again. The Tata Tiago hatchback is doing well in terms of sales, and now, with the surprisingly competitive pricing for the Hexa, it’s time for Tata Motors to begin planning for their next celebration. But while they do that, let’s take a look at the latest Tata Hexa crossover SUV’s variant details and prices that have been announced today.

There are two engine options available, both based on the 2.2-litre VariCOR unit but with different states of tune: it makes 148 bhp in the XE variant; and 154 bhp in the higher XM and XT versions. The Hexa XE’s engine is rated at 32.6 kgm, while the slightly more powerful engine (in XM and XT) makes 40 kgm. It must also be noted that like in the Safari, the lower spec engine comes with a five-speed manual while the more powerful unit gets a six-speed manual gearbox. Automatic is available only on the more powerful engine, and thus in the XM and XT trims only. 4×4, on the other hand, is limited to the top-spec XT only.

The XT also gets 19-inch wheels (alloys; whereas the other two get 16-inch steelies), and can also  be specified in a six-seat version (at no extra cost); the others being seven-seat only. In terms of features, the Hexa has almost everything one could ask for, in the segment: (variant-specific) a 10-speeaker touch-screen infotainment system, cooled glove-box, ambient lighting, six airbags, drive modes, ESP, ABS, Traction Control, Hill Descent and Hold Control, and a reverse parking assist (camera and sensors, both), etc. Projector headlamps, LED DRLs, an eight-way adjustable driver’s seat, flexi-seating for added practicality, cruise control, retractable window blinds, electrically foldable rear view mirrors, add to the list – keep in mind, we’re still not done with the list yet…

There are five colour choices, in addition to the personalisation schemes that owners can choose to make their Hexa look more unique.

If that’s not a sweet deal, then what is!

You can read more about the Hexa in our first drive review here.